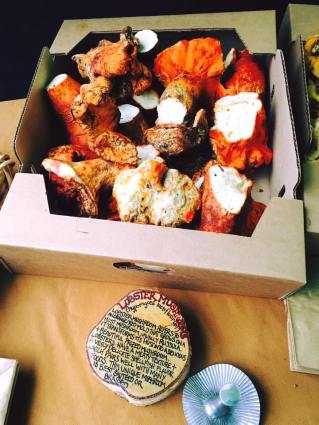 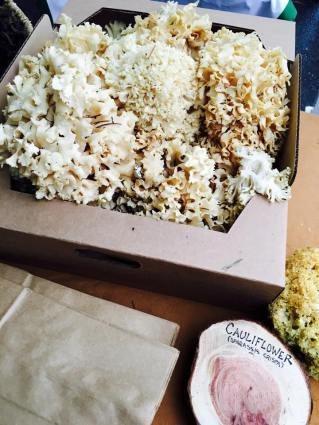 I also found this little girl putting on a beautiful smile which instantly brights up an otherwise wet and greyish Sunday.

Given that it rains a lot in this part of the Pacific Northwest, we can almost ‘harvest’ mushrooms all year round. With proper knowledge and education, you can go foraging on you own. Last year I went with a guide to the Olympic Peninsula, we didn’t have to venture far into the woods to get a bagful of fragrant chanterelles. But admittedly, I prefer to stay warm and dry, so I get mine from this stand at the farmers market.

Cantharellus cibarius, commonly known as the chanterelle, golden chanterelle or girolle, is a fungus. It is probably the best known species of the genusCantharellus, if not the entire family of Cantharellaceae. It is orange or yellow, meaty and funnel-shaped. On the lower surface, underneath the smooth cap, it has gill-like ridges that run almost all the way down its stipe, which tapers down seamlessly from the cap. It emits a fruity aroma, reminiscent of apricots and a mildly peppery taste (hence its German name, Pfifferling) and is considered an excellent edible mushroom. 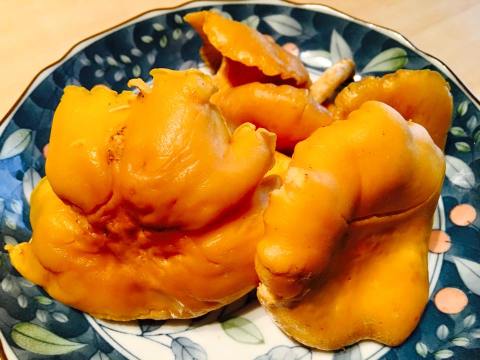 With chanterelle mushrooms, I prefer to prepare them the simplest ways: sauté and omelette. 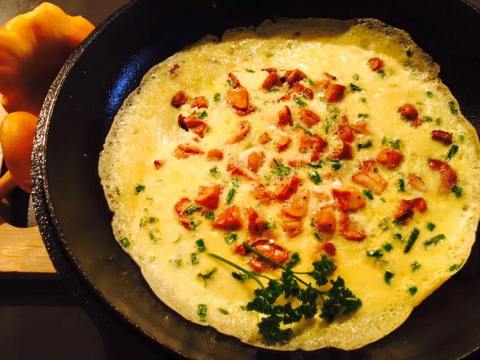 Speaking of omelett, I like mine the classic French way 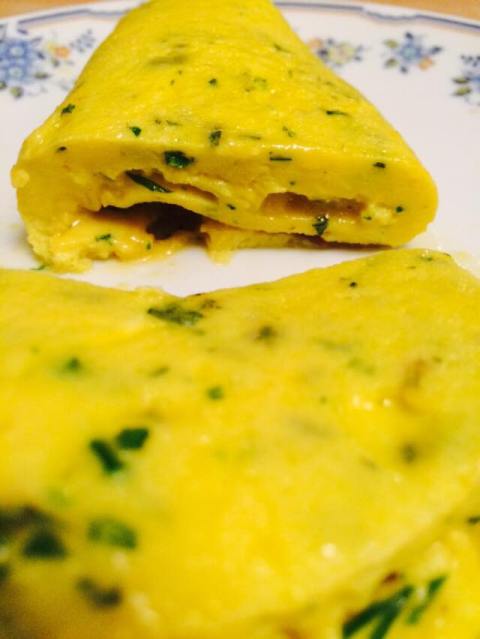 Using a fork, beat the eggs, salt and pepper in a bowl until thoroughly mixed.   Heat butter in an 8-inch, nonstick skillet until hot and the foaming has subsided. Pour the egg mixture into the center of the pan and cook over medium heat, allowing the eggs to set and curl at the edges. Then, with the tines of your fork, stir the eggs so the runny part fills the areas between the set curds. When most of the eggs are set but still slightly liquid inside, the omelet is ready.   Fold the omelet in half. The outside should have a nice brown color. Invert onto a plate, garnish with chives and serve immediately.

Mushrooms are a great source of protein, copper, potassium, zinc, selenium and B vitamins. They are also a great source of dietary fiber and are low in both saturated and unsaturated fat. Super delicious and very easy to make. So instead of consuming processed meat, why not add a little bit of mushrooms to your diet. It’s good for you.