For dinner, we picked Uni Murakami. The restaurant owns a farm in Hakodate, and their sea urchins come directly from the source. Because aluminum (usually added as a preservatives) was not used in the processing. the sea urchins tasted much tender and sweeter. Truly melt in your mouth.

We had uni two-ways- sashimi style 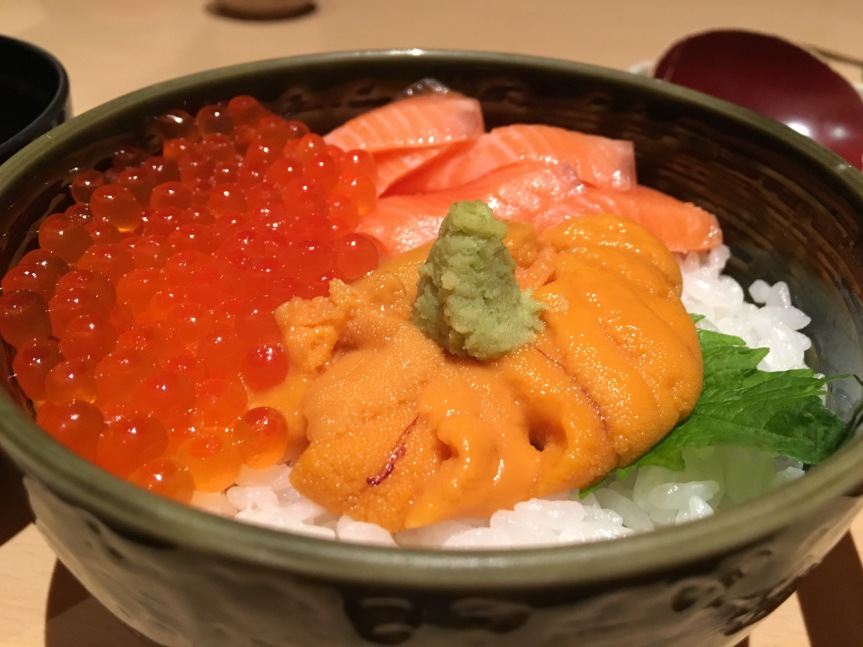 and as a gratin, baked in creamy Hokkaido sauce

Accompanied by Hokkaido hairy crab porridge along with pickles 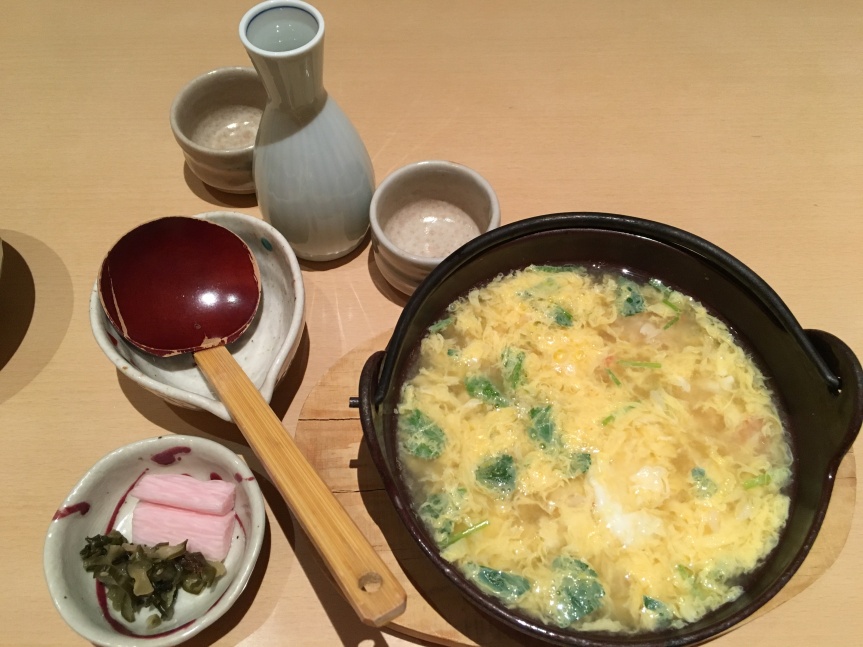 And grilled fish from the Sea of Okhotsk

After dinner, we bid each other good night and head back to our hotels in preparation for our early morning flight to Kushiro in Eastern Hokkaido.

At least that’s what I had wished!

Shortly after I got back to my room, my friend Lana called and informed me that ANA had cancelled our flight due to snow forecast in Kushiro. This came as a surprise – because this being Hokkaido, which snows a lot. we would have thought that the airline and airport are equipped and skilled at handling snow conditions.

It is what it is, and we veteran travelers understand that situation like this does happen. The only problem is that we’ve only planned one day in Kushiro with the sole purpose of seeing the red-crowned cranes. Given that the feeding time at Akan International Crane Center is at 2PM, and it gets dark around 4:30PM, we only have a short window to catch.

We quickly brain-stormed our options and decided to meet at the JR station to try to get tickets for the 7 o’clock Super Ōzora train to Kushiro.

It was just past midnight when we got to the station. Fortunately in Japan, as with other Asian countries, there’s always plenty of people around in public places, even at midnight. According to the hotel staff, the ticket office had already closed for the day and will re-open at six in the morning, but the ticket vending machine may work.

We soon found out that to be untrue. First of all, although the ticket vending machine is working, it does not sell tickets for long distance trains. Secondly, just as we were giving up hope and decided to come back in the morning, Lana suggested to check the ticket office opening hours one more time before we left the station. Miracle happened.

We turned around and saw a brightly lit and functional ticket office we’ve never seen before (or was I just dreaming) and it was OPEN!!! We rushed in and inquired about tickets. Sapporo to Kushiro is a popular route,  the reserved cars were fully booked. But we were able to nab three tickets on the non-reserved cars. Surely there’s a chance that we may have to stand for 4 hours on this train, but at least we are on it and we are going to see some cranes!!!

All the excitements and three hours of sleep later, we saw one other again at the station, joined the line for the non-reserved cars, and got our seats.

When the train began to move, we breathed a sigh of relief. What a night and what an ordeal the three of us went through during our first day and first time traveling together. But we made it, and we will always have this memory to relish.

The train zoomed past the snow-blanketed Hokkaido countryside. To the right, the coastline exposed itself at times, with crashing waves. The scenery is bleak and other-worldly. Gazing out the window, we thought…maybe it’s better taking the train after all!

Afterwards:
As I was writing this post, I check the flight status for the Sapporo to Kushiro route today, and it is shown as cancelled. My blogger friend PERNNILLE OBERG wrote an article about how travelers are the best job candidate back in January. Our experiences resonant the points she was making. Well said Pernnille!

One thought on “An Interesting Night”