Japanese red-crowned cranes(丹頂鶴 Tancho) were almost hunted to extinction at the beginning of the 20th century for their stunning plumage. Miraculously, in 1926, a group of 20 resident cranes was discovered in the marshes around Kushiro. Since then, various conservation efforts, including artificial feeding during winter, hunting prohibition, and habitat conservation, have brought the population back to over a thousand.

We arrived at Akan International Crane Center one hour before feeding time. A dozen photographers had already set up their equipment along the two level observation desk.

Juvenile crane resembles adults but had brownish head and neck

Snow intensified. We took shelter in the cafeteria, had a cup of hot amazake. It’s the best thing one could wish for on a cold day like this

2PM, feeding started. At first, the cranes did not seem to be interested, but the eagles became aggressive 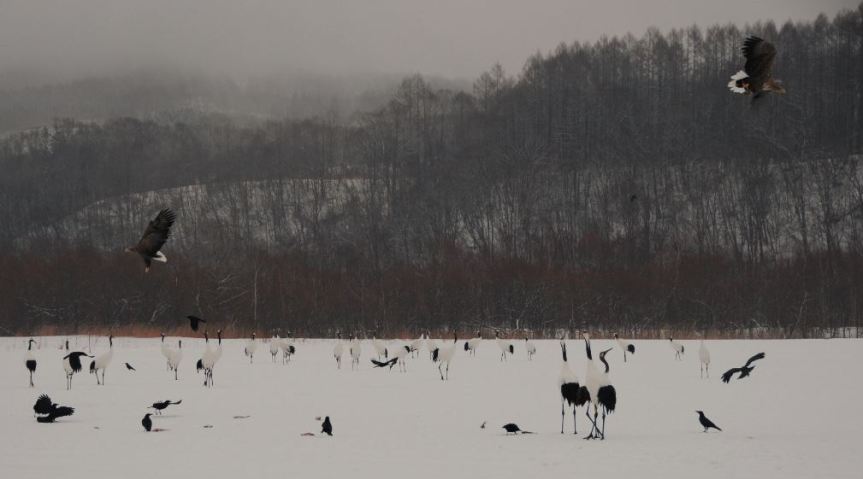 Went after the fish

Notice the one eagle in the middle diving to grab a fish, startled a crane to flip her wings

After the feeding, (yes the cranes did get to eat)…we took a few more pictures and videos

Noise Alert – This could be loud!!!

One thought on “Red-crowned Cranes -Part 1”