The road became treacherous with low visibility and white out condition at times. We were glad that we hired a local guide instead of braving this road ourselves. 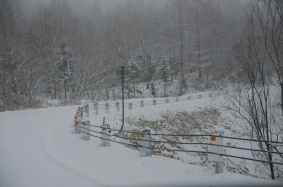 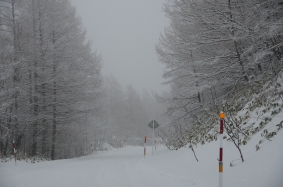 We saw a SUV slipped into a ditch, and thought that it could’ve been us if we were on our own.

The next place we stopped by was the side of a marshland in the middle of nowhere. This time we saw hundreds of cranes and only cranes. They were much more active! 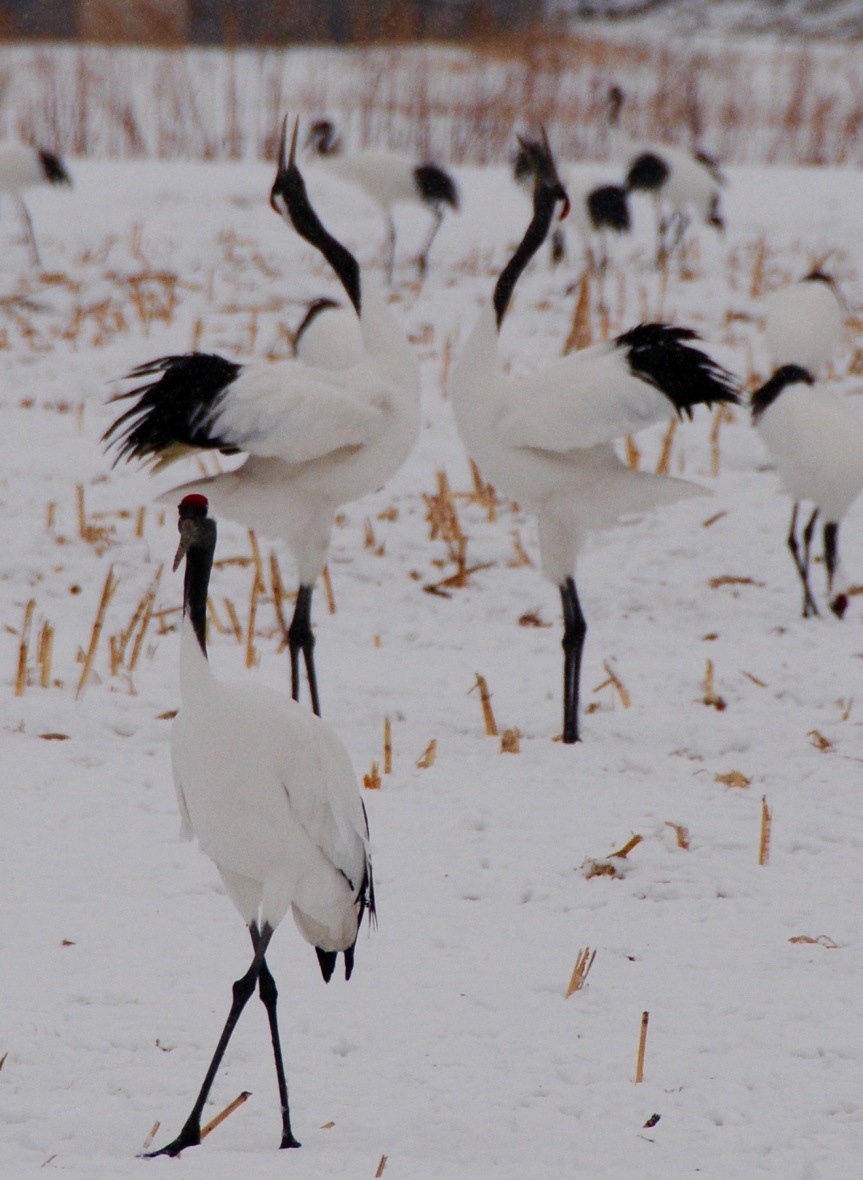 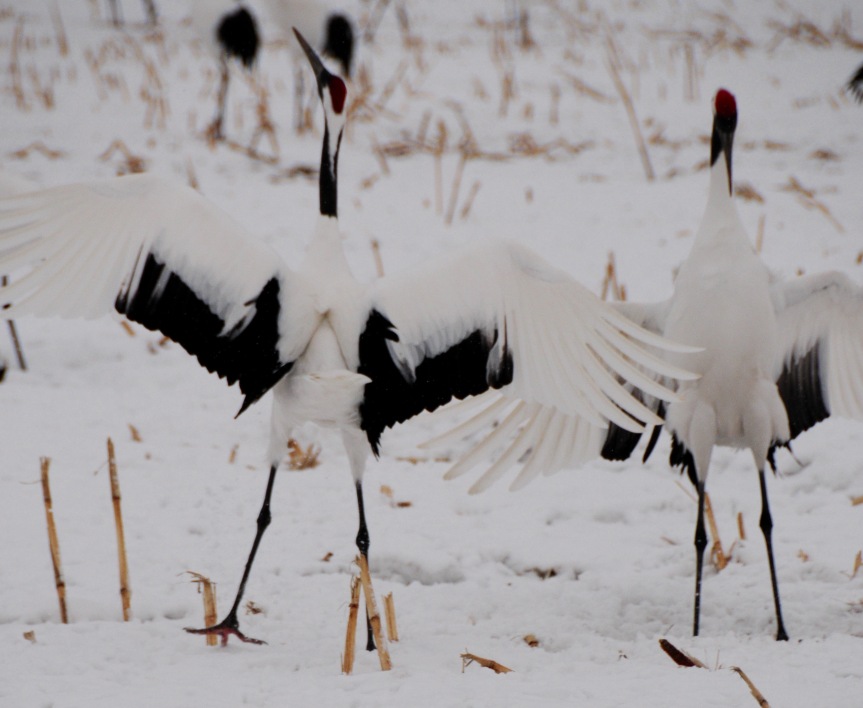 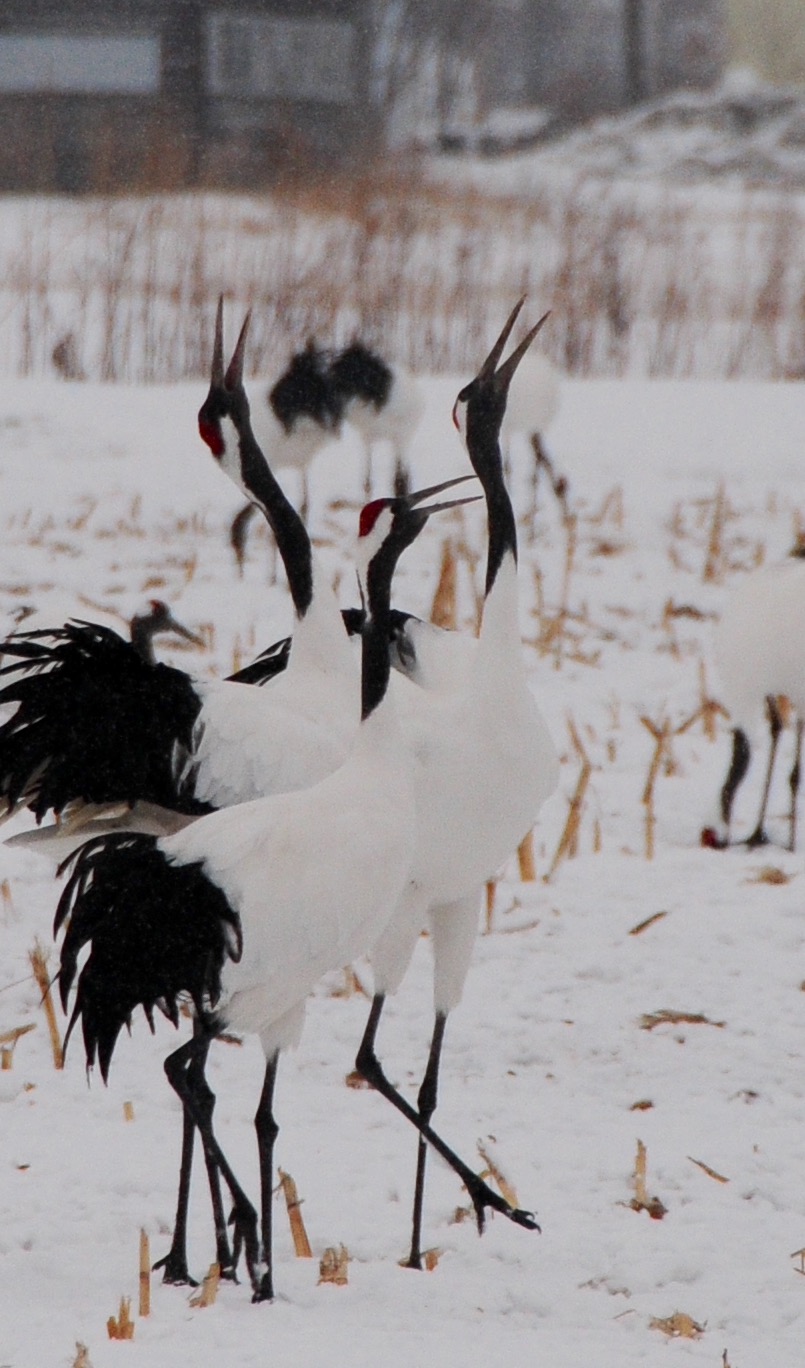 In the winter of 1952, Hokkaido suffered a bout of severe cold and blizzards. Local farmers found the cranes nearly starved and began to feed them corn and buckwheat. Yoshitaka Ito was one of them. Our next stop, Tsurui Ito Tancho Sanctuary, was named after him. 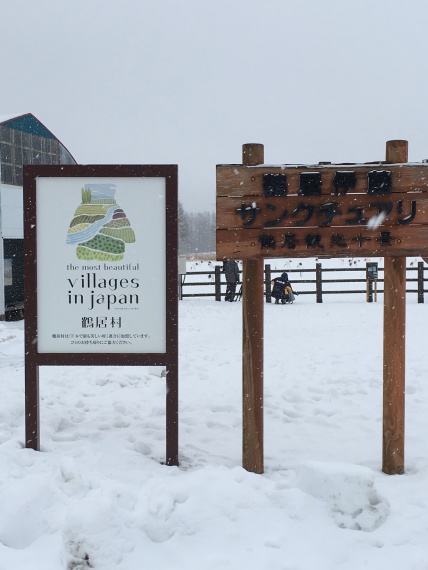 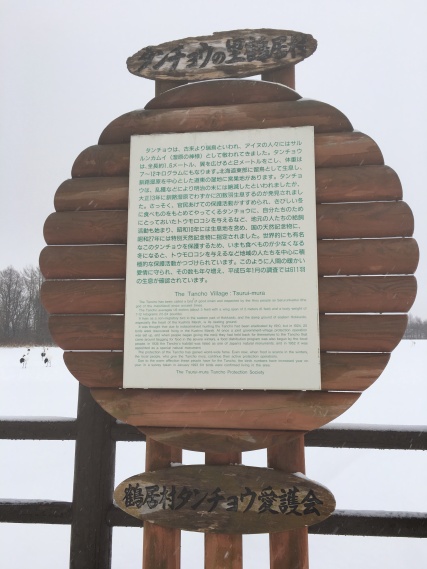 We observed more cranes here in a peaceful and serene setting

which is good for juvenile cranes 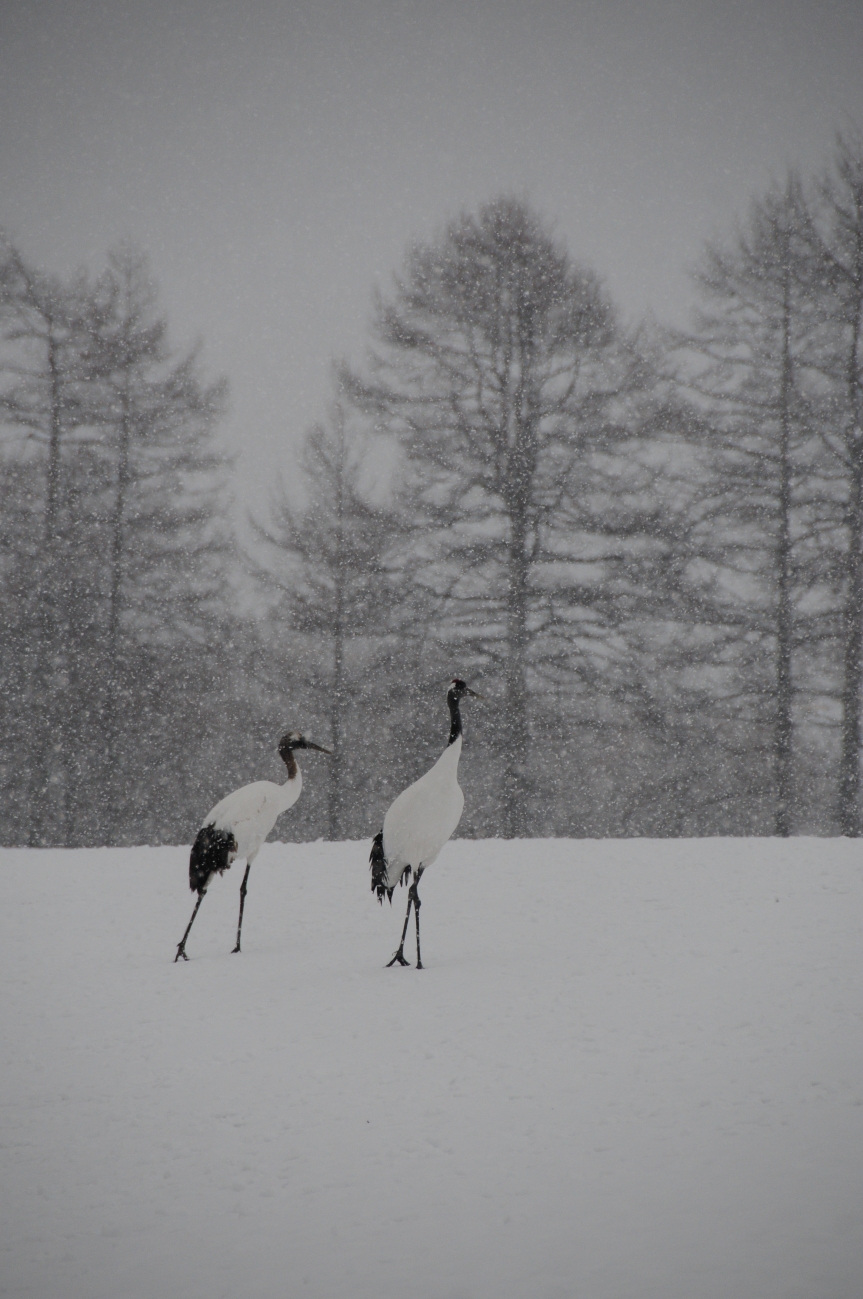 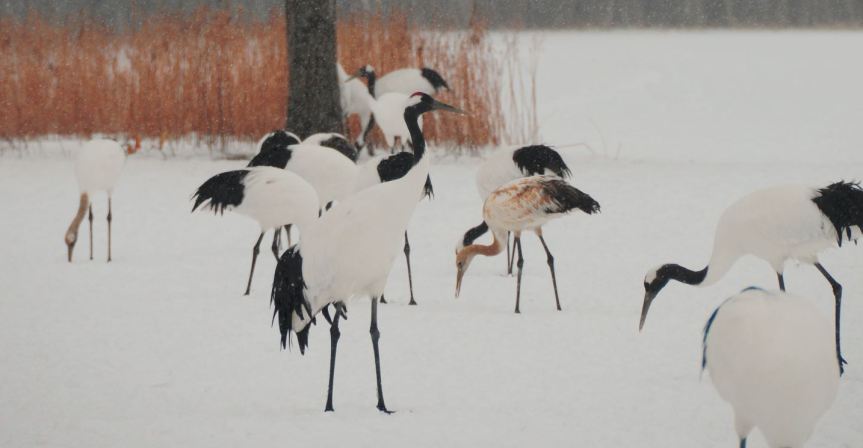 Our final official stop was the Otowa Bridge, which, thanks to its warmer temperature, is a winter roosting ground for the cranes. 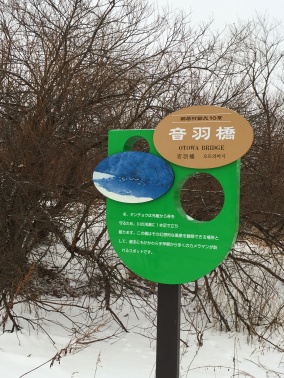 We spotted no cranes here, only a small group of whooping swans. 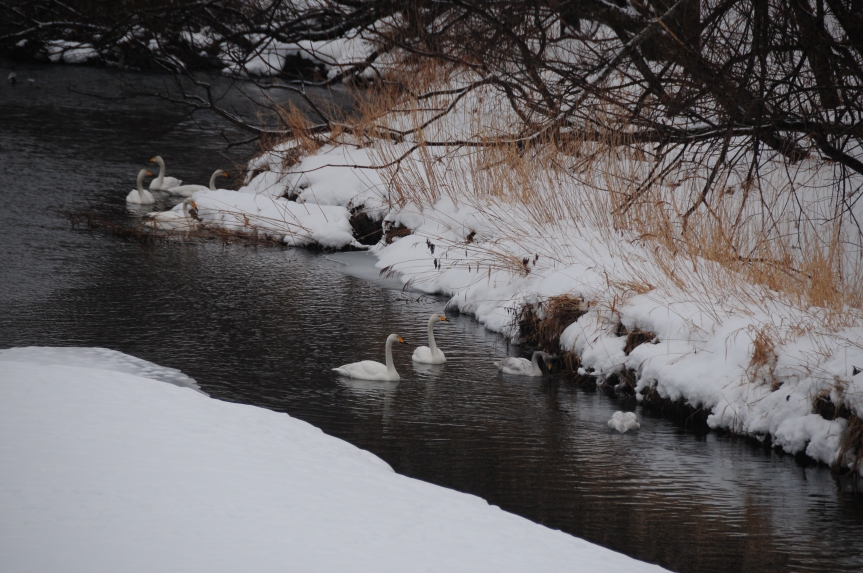 For dinner, we wanted ramen. As it turned out, Kushiro has its own distinct style of ramen, that comes with a soy sauce flavored bonito (katsuo) stock. 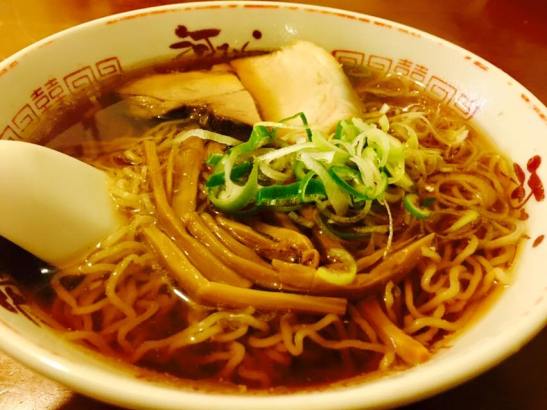 But what makes Kushiro ramen unique, are these thin curly noodles. 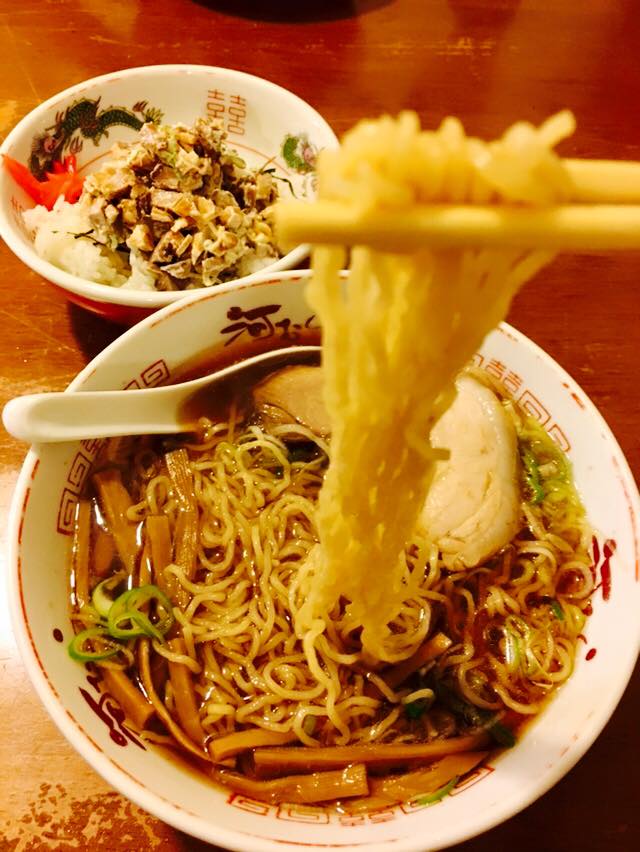 We also liked this pork “salad”, which we gobbled down quickly. 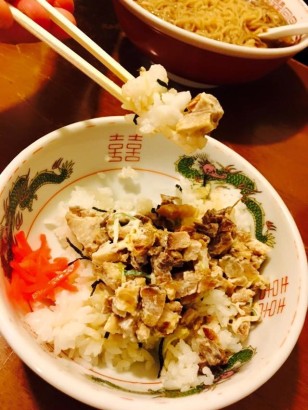 Before arriving in Kushiro, we emailed our hotel to help us arrange a guide for crane-watching. Although Mr. Imai does not speak much English, we were able to communicate without any issue. What impressed us most was his deep knowledge of the birds and their whereabouts. On our way back to the hotel, he made a brief stop at a deserted road, pointed towards the sky and told us to “wait a moment”. Shortly thereafter… 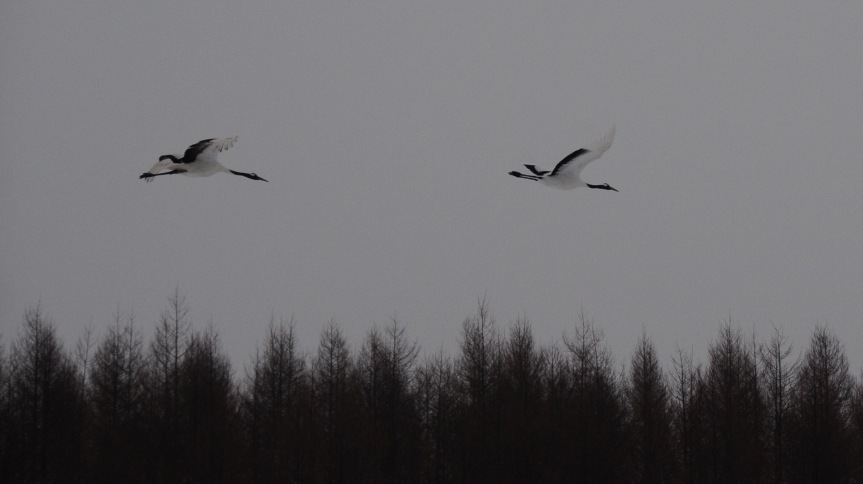 Minutes later, just as Lana and I were discussing a deer-crossing signage on the road, and of course none of us were really paying attention to our surroundings. Our driver pointed to the right side of the road and said: “Deer”. He then made a U-turn and we found ourselves staring in the eyes of these wonderful creatures. 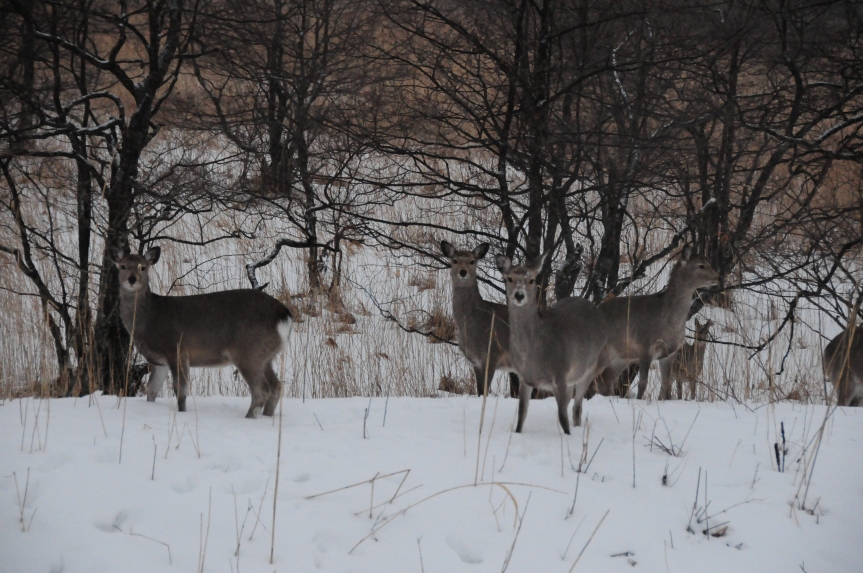 Later in the evening, as I was providing feedback to our hotel staff, she informed me that Mr Imai was an avid bird photographer himself. He loves to go out there and see the birds.

Well thanks to Mr. Imai (on the left), we saw more cranes than what we could ever wish for plus other beautiful animals. This concludes our trip in Hokkaido.