Obuse, in Nagano prefecture, is known for Hokusai and chestnuts.

Katsushika Hokusai is a Japanese artist, ukiyo-e painter and printmaker of the Edo period. Hokkusai started painting when he was six years old and produced up to 30,000 art works during his lifetime. He is known to have influenced Van Gogh and Monet and has a strong impact on the formulation of Art Nouveau in Europe.

Hokusai is best known for the woodblock print series Thirty-six Views of Mount Fuji (富嶽三十六景), which includes the internationally recognized print The Great Wave off Kanagawa. 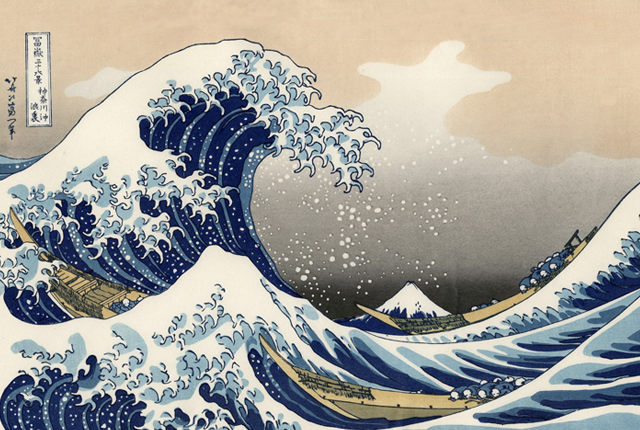 Its brilliant color and vibrant energy inspired Claude Debussy to compose the orchestral masterpiece “La Mer“. In a letter to his brother Theo on September 8th, 1888, Van Gogh commented: Hokusai makes you cry out the same thing — but in his case with his lines, his drawing, since in your letter you say to yourself: these waves are claws, the boat is caught in them, you can feel it. Ah well, if we made the colour very correct or the drawing very correct, we wouldn’t create those emotions.

There are countless adaptation of the Great Wave in pop culture, including this piece by Scott Moore, featuring the Space Needle of Seattle in the background. Both Levi and Patagonia used it in its marketing campaigns. In fact it is so iconic that there’s even an emoji for it.

Hokusai spent his later years in Obuse as the guest of Takai Kozan, a wealthy merchant who was both his patron and student. Hokusai Museum was established in 1976. It hosts artist’s valuable brush paintings and the ceiling works (depicting a dragon, a phoenix, and his signature wave) attached to two festival floats.

Photography is not permitted in the museum.

The special exhibition on view was a side-by-side comparison of the Thirty-Six Views of Mount Fuji by both Hokusai and Hiroshige. The influence of European art on Hokusai was evidential with the prominent usage of (Dutch) low horizon lines and (German) Prussian blue.

For such an accomplished artist, Hokusai is extremely humble. On his deathbed, he exclaimed “If only Heaven will give me just another ten years… Just another five more years, then I could become a real painter.”

After visiting the exhibits, we stopped by Obusedo for lunch 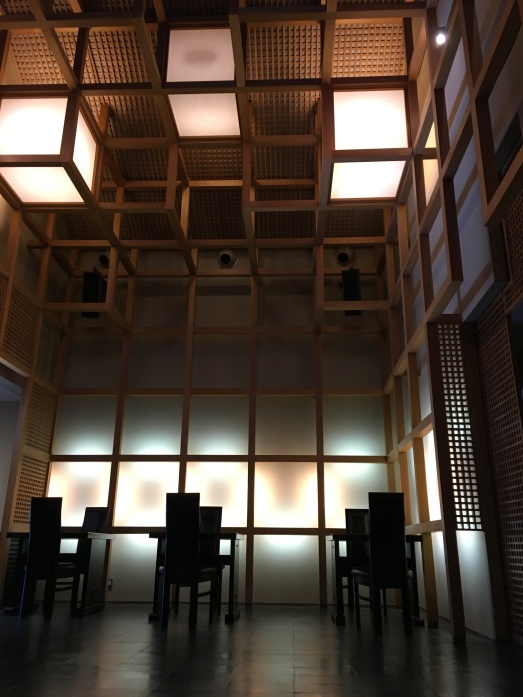 Obusedo is known for this Mont Blanc-ish chestnut specialty dessert, which is widely available in the autumn. We did see a poster outside of Cafe San Poo Loh, right across the street from Hokusai Museum, however. But it turned out to be an older poster, so no 朱雀 for us this time 😦 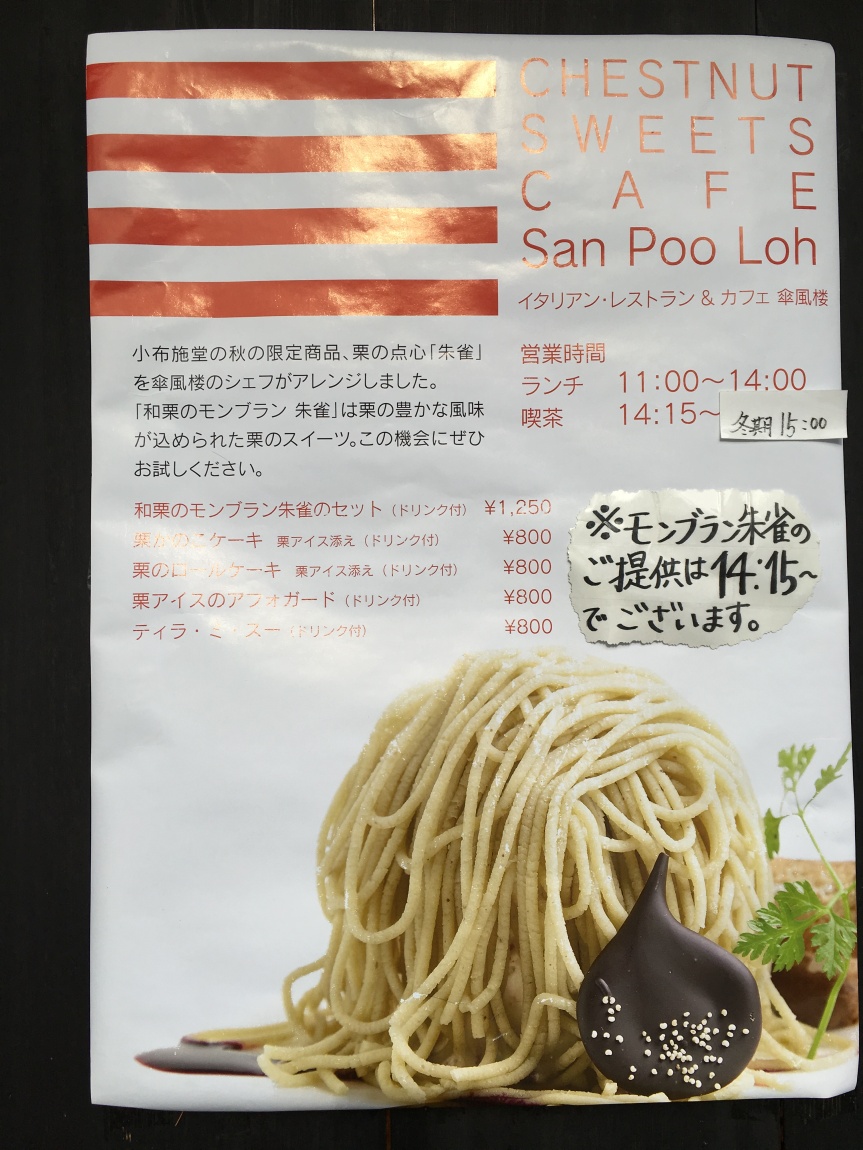 Our five-course lunch at Obusedo was nevertheless delightful! 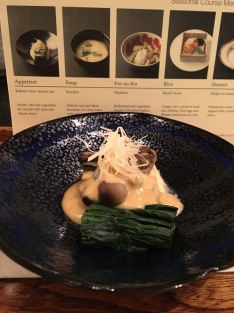 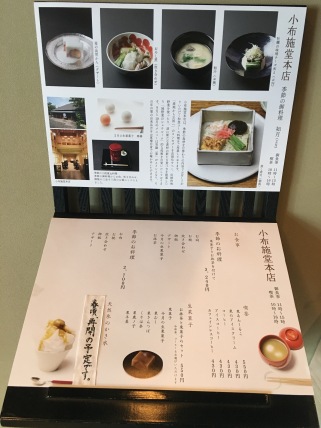 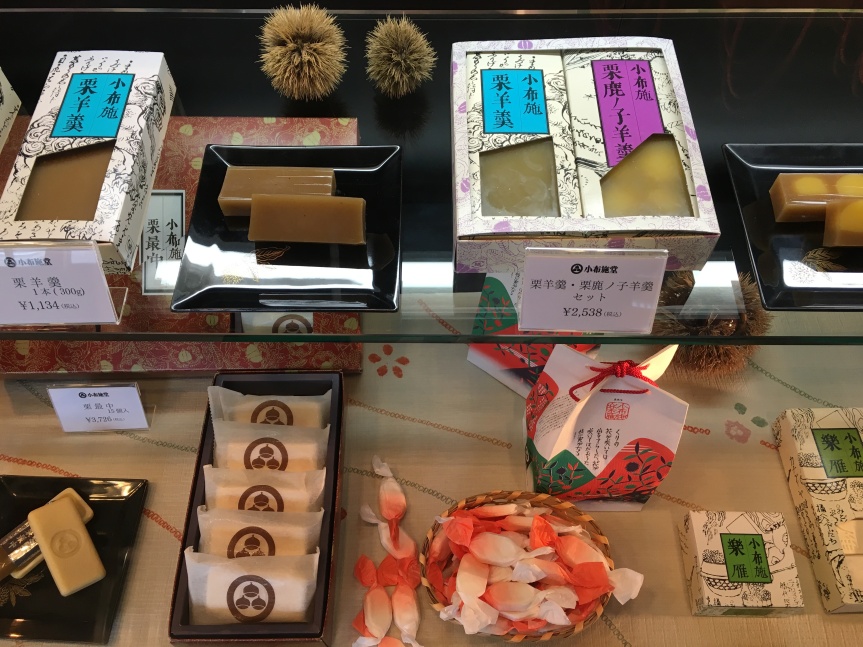 Another place to shop for anything chestnut is Chikufudo 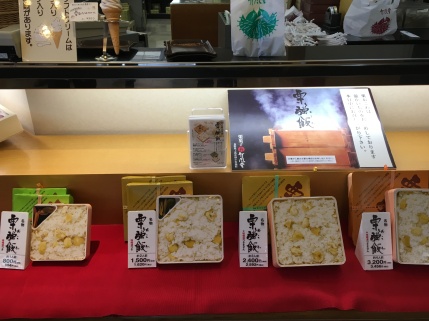 Locals stop by to pick up fresh made Kurigohan (chestnut rice) for dinner.

I sampled a bagful of chestnut sweets from both places: 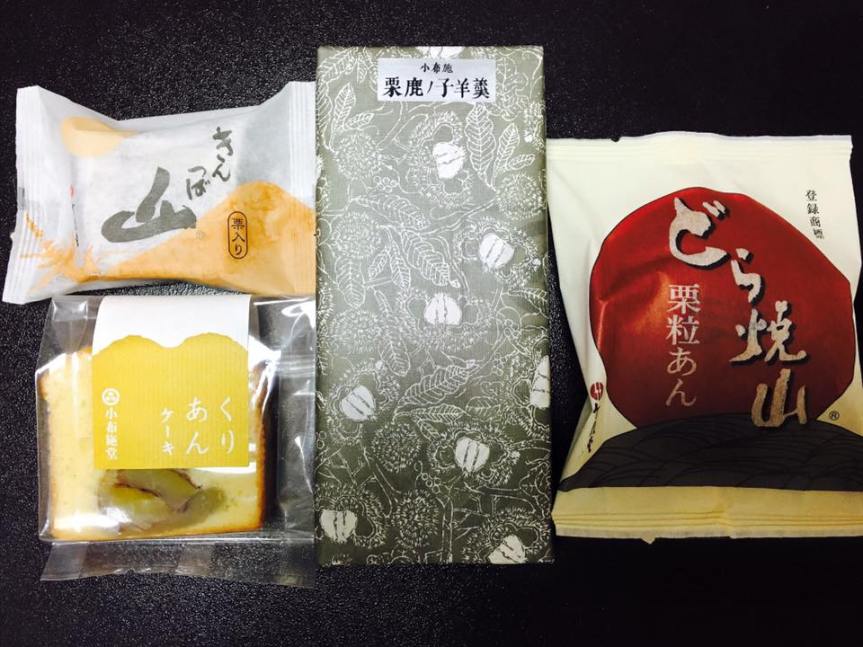 On the same street, there is Obuse’s Masuichi Sake Brewery: 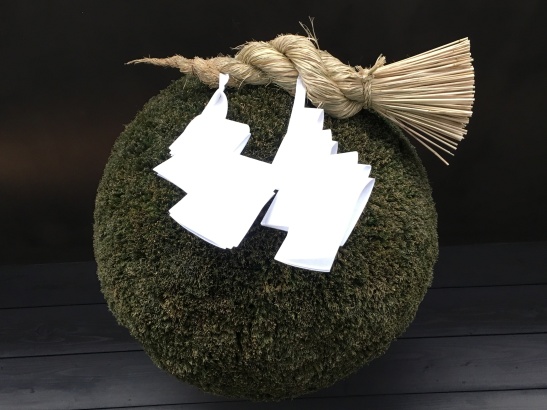 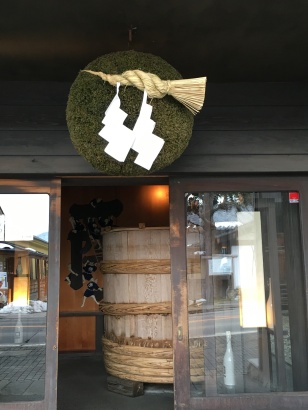 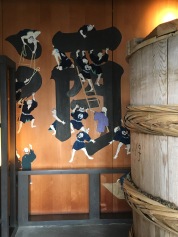 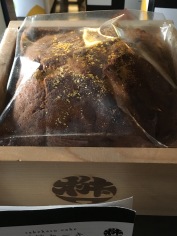 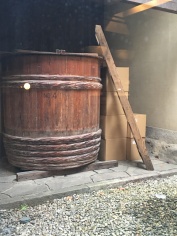 Sake tasting is offered at a cost 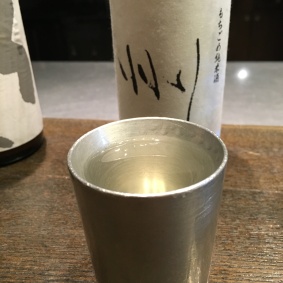 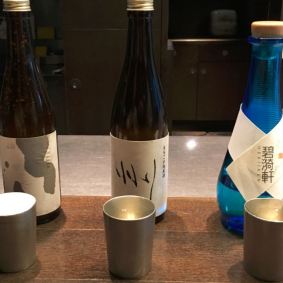 We walked back to the train station just in time to catch the express train back to Yudanaka.

On the train, we talked about coming back in the autumn, staying for a couple of day and using it as a base to visit other areas in Nagano. It’s probably all a dream, but who knows, someday we may be back!

5 thoughts on “Hokusai and Chestnuts”