Today is the first day of May. On my quick visit to the farmers market this morning, I was delighted to find a good variety of spring foraged ingredients, such as (pictured clockwise) devil’s club shoots, morel mushrooms, goose tongues, ladyfern fiddleheads, and sea beans. 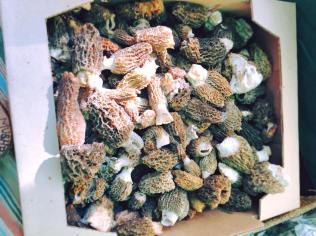 On top of that, we have been getting nettles since the beginning of March, and ramps appeared early April, after Jeremy (from Forage and Found) returned from the East Coast.

Allium tricoccum, commonly known as ramps, spring onion, or wild garlic, is a North American species of wild onion widespread across eastern Canada and the eastern United States. I first came across ramps last year at a restaurant in Vienna. Apparently it had caused such a frenzy in the culinary world, resulting in several bans from over-harvesting and even a black market.

Ramps closely resembles garlic chive in taste, but is not as pungent, making it a good alternative for making dumplings.

Ingredients:
For the Dough:

For the Dipping Sauce:

For the Dough: place flour in bowl of food processor. With machine running, slowly drizzle in water until cohesive dough is formed (you probably won’t need all the water). Allow dough to ride around processor for 30 seconds. Form into a ball using floured hands and transfer to a bowl. Cover with a damp towel and let rest for at least 30 minutes. The dough will become smoother. This step can be made one day ahead, simply store the dough in a tightly covered container in the refrigerator.

For the filling: Combine all ingredients in a large bowl and massage with hand to blend well.

To Make the Dumplings: Divide dough into 4 quarters, roll each quarter into a long log, work one quarter at a time, keeping remaining dough under a damp cloths or in a tightly sealed container. Cut the log into small 3/4 inch pieces with a pastry knife. Turn each piece flat side up, and pinch it with both middle finger and index finger,. On a well-floured work surface, roll each piece into a round 3 1/2- to 4-inches in diameter. Stack wrappers and keep under plastic until all of them are rolled out. 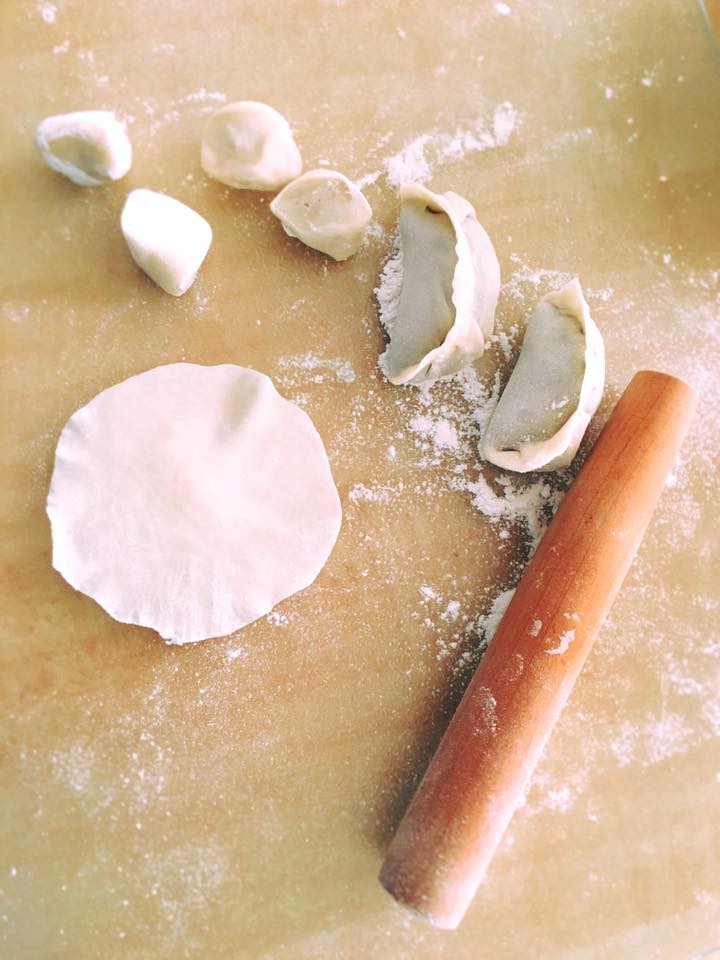 To form dumplings, place 1 tablespoon of filling in the center of a wrapper. Fold in half and pinch the bottom-right corner closed. Pleat the front edge of the wrapper repeatedly, pinching the edge closed after each pleat until the entire dumpling is sealed. 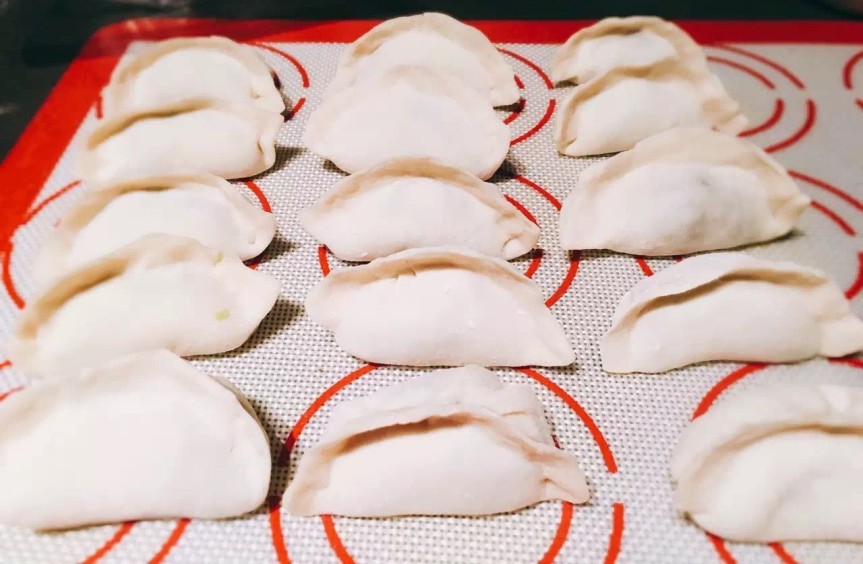 To Cook the Dumplings: Bring a large pot of water to a boil. Add 8 to 12 dumplings, use the back of a soup spoon to gentled push them clock-wise, so they don’t stick to the bottom of the pot. Boil until the dumplings float to the surface (About 1 minute). Add 1/4 cup more water, let it boil again; and repeat one more time. After the third boil, transfer the dumplings to a plate with a wire-mesh spider or slotted spoon. Serve immediately with dipping sauce. Repeat with remaining dumplings, working in batches. 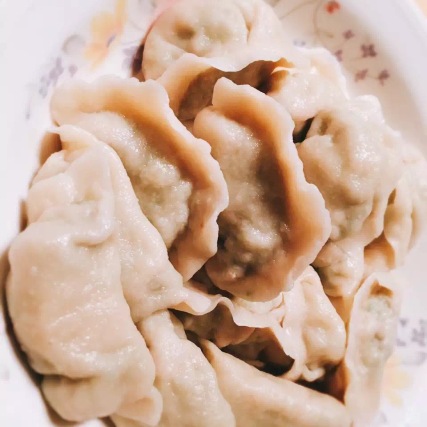 To Make the Sauce: Combine all sauce ingredients in a small bowl and set aside at room temperature.

To Store the Dumplings:  Place them on a well-floured plate in the freezer for 30 minutes, until they become stiff, then place them in plastic bags. No need to defrost when cooking.

There are many others ways to cook ramps. As with any greens, you can turn them into pesto, or risotto, grill them or pickle them like the Koreans do. Whatever you do, don’t Be Afraid to Let Your Love of Ramps Be Known. It truly is a privilege to eat these tender spring vegetables from the wild.