I was watching a movie last night, called The Night Train to Lisbon. It was based on an international best-seller by Swiss writer Pascal Mercier. In the opening scene, there was a bridge overlooking an emerald colored river with a medieval town in the background. I thought that looked familiar. It turned out to be Bern, Switzerland.

And the river is Aare River. 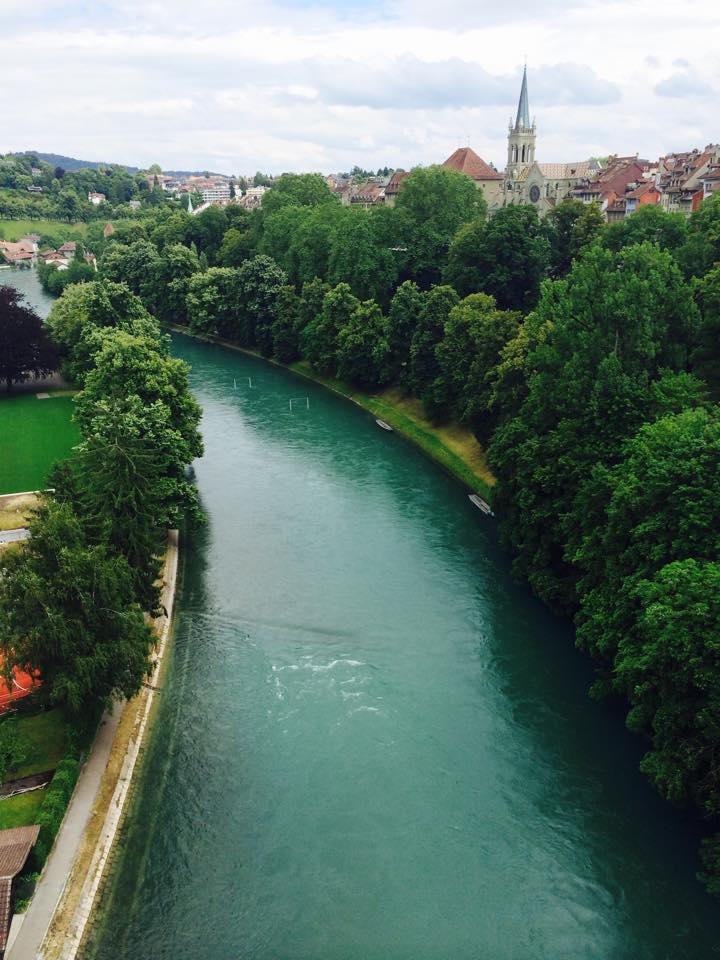 Do you know –  you can actually swim in that river. Why not, locals do. But it’s not for the faint of heart and there are rules to follow.  You must swim across the flow towards the bank, grab on to a pole, swing round and up on to the nearest step. The current can be strong and if you miss the last exit – those cement steps with bright red railings (there are seven of them in total), you will be swept away and dropped into a dam. 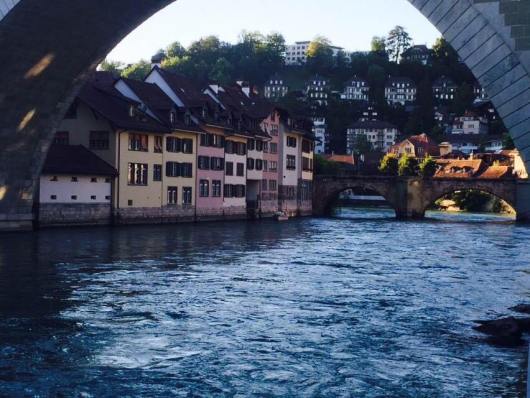 I went to Bern, Switzerland couple of years ago, before my week long Tour du Mont Blanc trekking trip. I thought I would give myself a treat before all the hard work. I arrived a week and a half earlier to visit various areas of Switzerland before heading to Chamonix, France. Bern is my starting point of that journey.

To be precise, I landed in Zurich. From the airport I took the “Starbucks Express” to Bern. 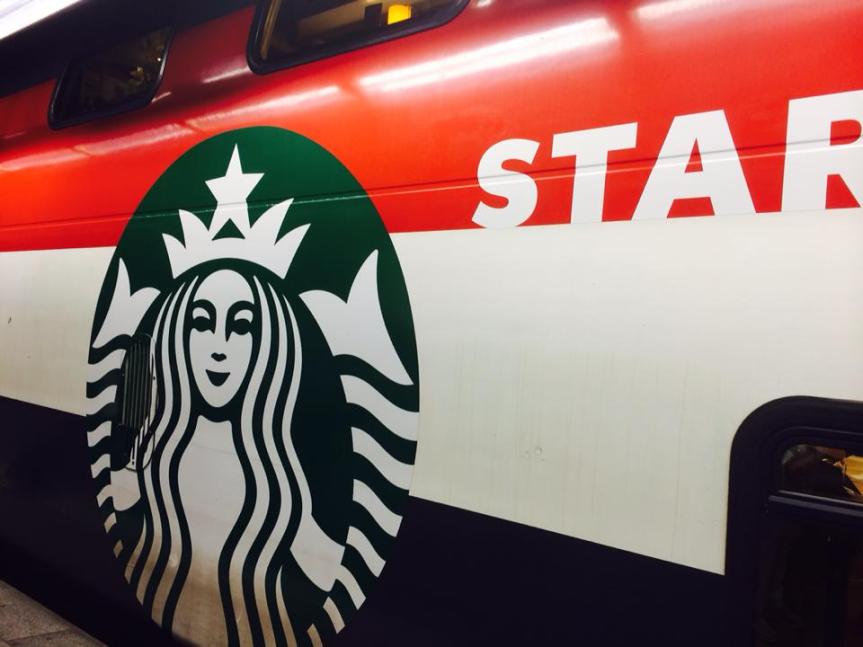 It’s always comforting to see a piece of home when you travel. About an hour later, I arrived in Bern. My hotel offers a spectacular view of the old town Bern and the looming alps

Bern is the capital city of Switzerland. Legend has it that the city founder vowed to name the city after the first animal he met on the hunt, and that turned out to be a bear.

Bears have been held captive in the town moat since early 1500s. Later, as the need for space increased, the Bäregraben, or Bear Pit, was moved to a smaller, round concrete enclosure. It is not until 2009, with the help of animal rights organization, a new Bear pit was constructed, with trees, fallen logs and even a small swimming area to ensure the animals are engaged, healthy and happy.

Here, mama bear Björk and one of her cubs playing in the pool.

Up the hill from the bear pit, is the city park Rosengarten – rose garden.

Locals gather for a picnic at dusk, 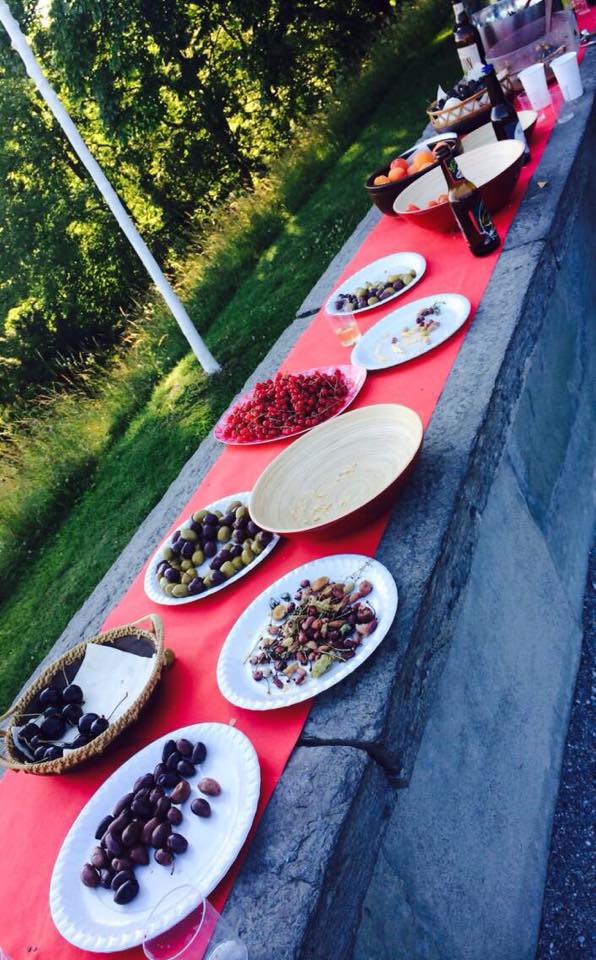 and enjoy a fantastic view of the old town.

Retrieve your steps back to the river banks, for a leisure walk 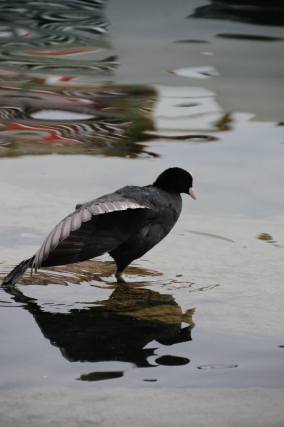 It is evident that this city has an affinity for bears that verges on the obsessive. From fountain figures, murals and statues to the city emblem, bears adorn nearly every corner of the city.

Zähringerbrunnen fountain: the statue is a bear in full armor, with another bear cub at his feet. This bear represents the bear that the city founder Berchtold shot on the Aare peninsula as he was searching for a site to build a city. 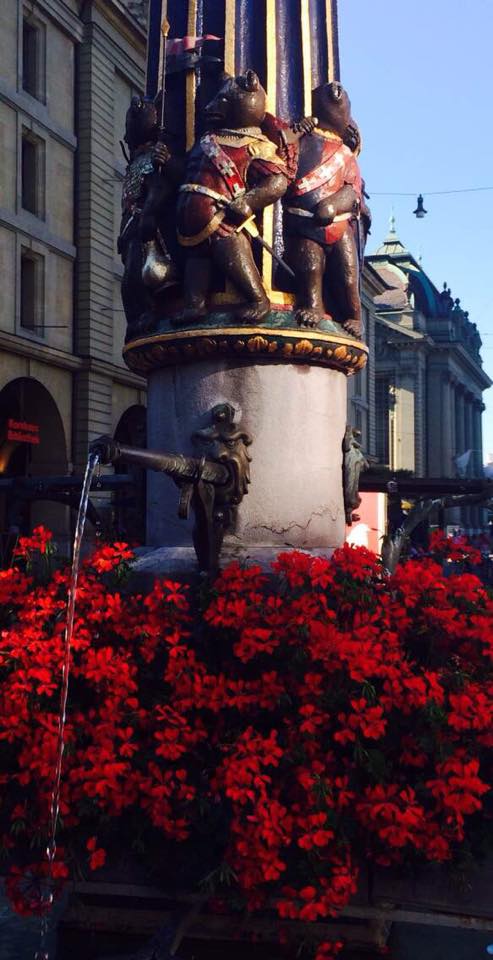 Mural with a bear