Old town Bern has been a UNESCO World Heritage Site since 1983, thanks to its “exceptionally coherent planning concept” and “generally intact medieval core”.

Situated on the western edge of the old town is the medieval clock tower of Zytglogge, a 15th-century astronomical clock, that is one of the three oldest clocks in Switzerland. 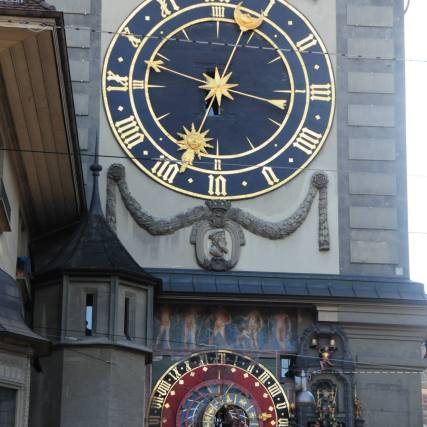 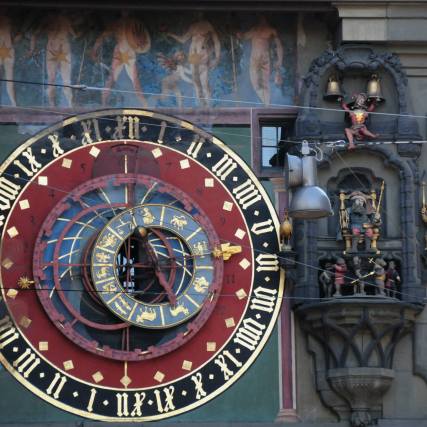 “Four minutes before the hour strikes, the rooster crows and lifts its wings; then, the procession of the armed bears starts; at the same time, the jester sitting above rings two bells; after the procession of the bears has ended, the rooster crows a second time, whereupon, at the very top of the tower, the quarter hour bell is struck, at which time Chronos turns his sandglass. Only now does the larger-than-life figure of a knight in golden armor made of linden wood and known as Hans von Thann strike the full hour on the large bell; simultaneously, Chronos counts the hours by moving his lips and his scepter, and the lion turns its head with each strike on the bell. The performance ends with a third crow of the rooster.” – I found a fantastic description from this website . I couldn’t have described it any better, that is to say, if I were able to catch all the actions at all.

Hidden in one of the old town arcades, is Einstein House. From late 1903 to May 1905, Albert Einstein and his family lived on the second story of Kramgasse 49, where he developed his revolutionary Light Quantum Hypothesis.

The city of Bern is known for its 16th century fountains. Most of them attributed to Hans Gieng. 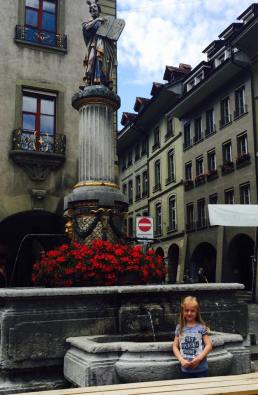 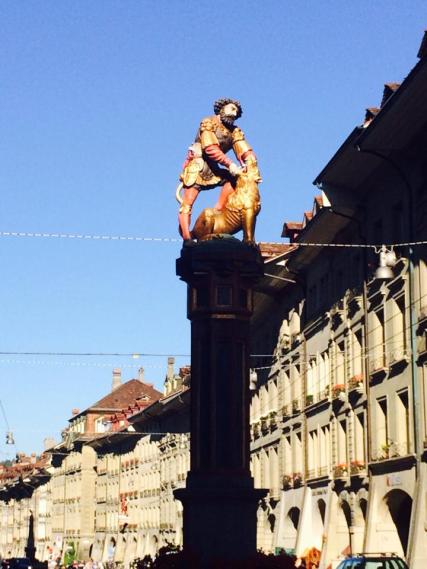 His famous fountain of Lady Justice, the Gerechtigkeitsbrunnen, is the only Bernese fountain to retain all original design elements, and surpasses all other Bernese fountains in artistic merit. 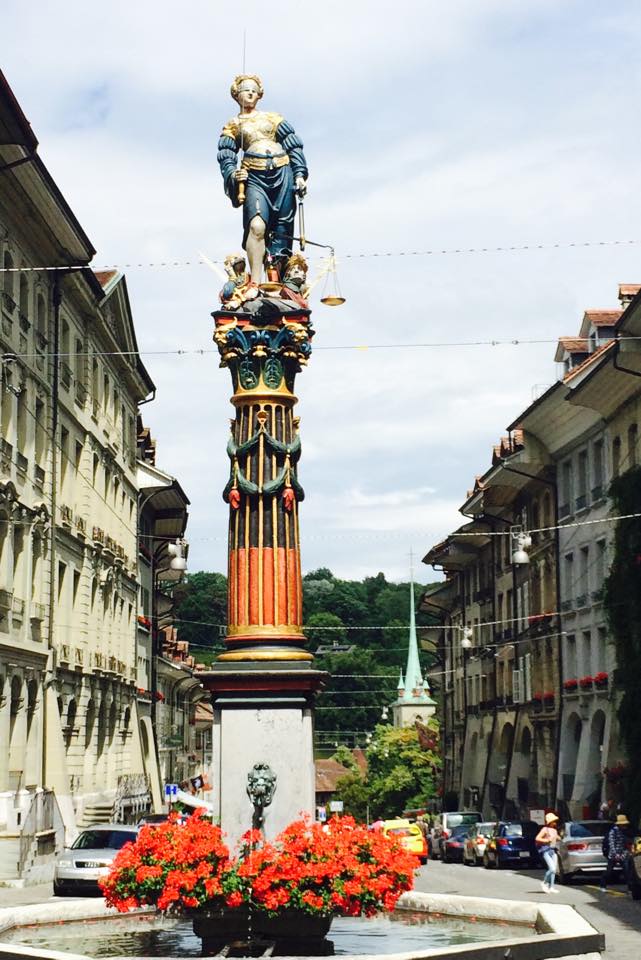 Situated in the south side of the Aare peninsula, the Cathedral of Bern (Berner Münster) has the tallest bell tower and the largest bell in Switzerland.

Above the main portal is a rare complete collection of Gothic sculpture. The collection represents the Christian belief in the Last Judgment where the wicked will be separated from the righteous. The large 47 free-standing statues are replicas (the originals are in the Bern History Museum) and the 170 smaller statues are all original. 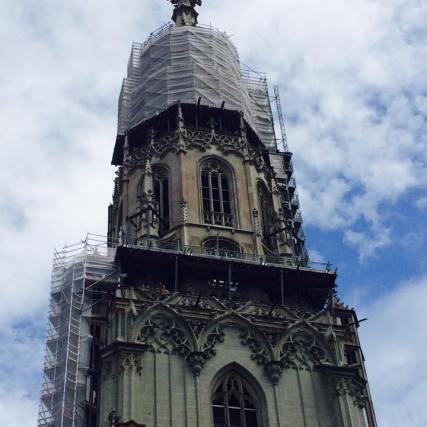 Sadly, the terrace outside the cathedral has the highest number of suicidal attempts by jumping in Bern. In 1998, after a series of suicides, a safety net was installed to prevent people from leaping from the terrace and to avoid further traumatization of the people living in the street below. This measure was later proven ineffective, as people simply move to other high places to jump. It’s a shame, considering that it is a great space for people to relax and enjoy a panoramic view over the river.

Now on to food. Confiserie Sprüngli is a Swiss luxury confectionery manufacturer based in Zurich, founded in 1836 and internationally known for its signature macarons called “Luxemburgerli”. 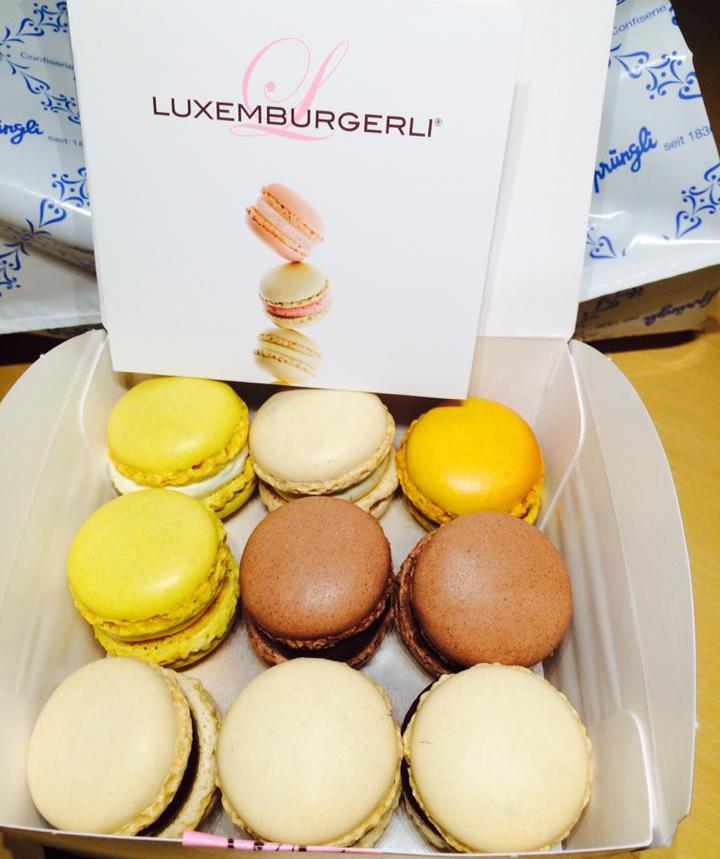 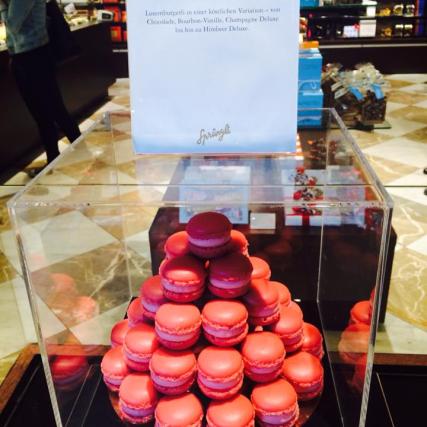 Meet Pamela – When in Switzerland, you will be served a good variety of cheese throughout the day, starting with breakfast. 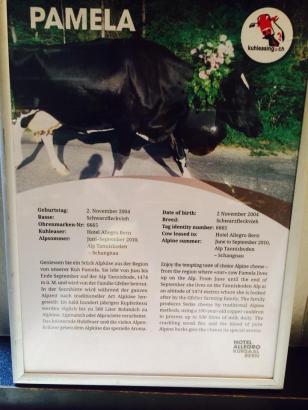 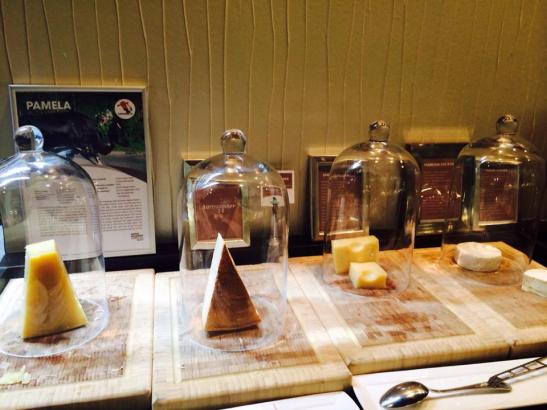 If fondue or raclette is not your thing, Restaurant Meridiano is a Michelin starred restaurant located on the 6th floor of Hotel Allegro. It offers a panoramic view of the old town and the Bernese Alps. In the summer, you can sit outside on the terrace.

I decided to sit inside as it was a bit chilly that day and it turned out to be a good decision. At dusk thunderstorm rolled in, and I was able to enjoy a spectacular lightening show without getting wet.

The eight-course tasting menu is well thought of, using locally sourced ingredients from all over Switzerland, such as carrots from the foothills of the Jura Mountains, deer from the canton of Graubünden, and raspberry from The canton of Thurgau, etc. (see caption for a detailed description of each dish) 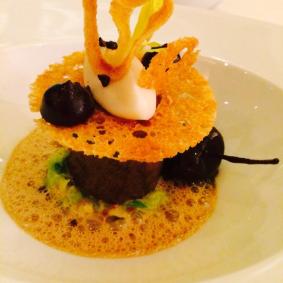 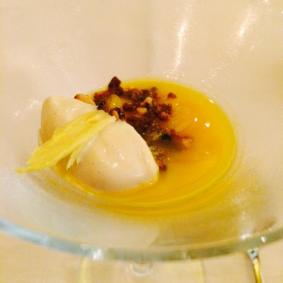 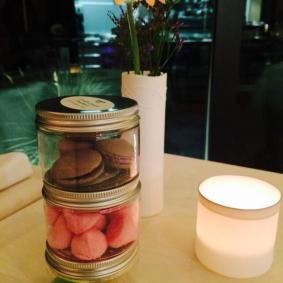 Swiss service is impeccable. As usual, I could not finish the last course of desserts – an assortment of macaroons and super fresh strawberry marshmallows (which is, by the way, the best I’ve ever had), so they put them into small jars for me to take away. After dinner, (because I was a hotel guest), the restaurant manager walked me back to my floor and bid me goodbye. This was one of the best meals I have had in Switzerland and I highly recommend this restaurant!