This is a guest post by Henri and Fabienne – chef and restaurateur of La Montgolfière Henri Geraci Monaco.

Last Thursday Henri and Fabienne attended Restaurant Mirazur’s 10-year anniversary dinner. Mirazur is a Michelin two star restaurant in Menton, France. As part of the anniversary celebration, chef Mauro Colagreco invited ten chefs from around the world to take command in his kitchen for an special dinner.

On October 27th, Massimo Bottura, chef of Osteria Francescana, visited Mirazur. When you have chefs from No.1 and No. 6 of the world’s 50 best restaurants under one roof, it is guaranteed to be a memorable night.

Let’s follow Henri and Fabienne through this creative culinary journey: 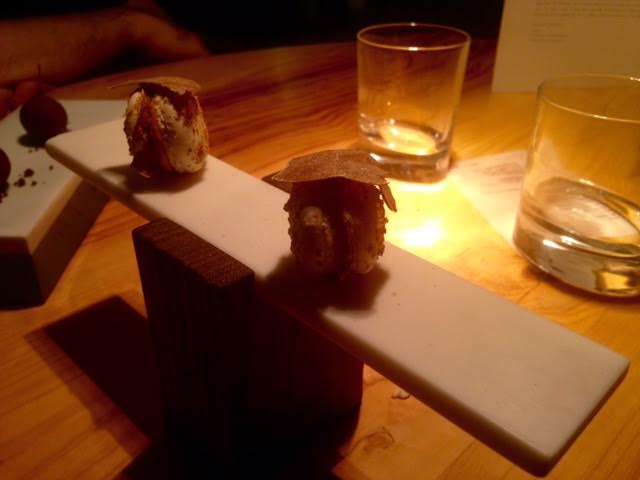 Tribute to Normandy
A tartar of pré-salé lamb is served with smoked salt, kelp, caviar, oyster water and cider sorbet in an oyster shell to recreate the iconic ingredients and flavors of the northern coast of France. 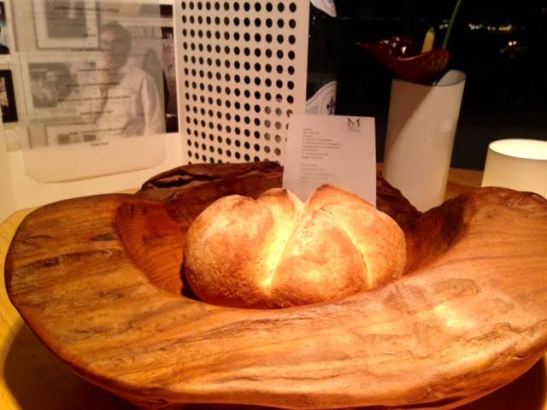 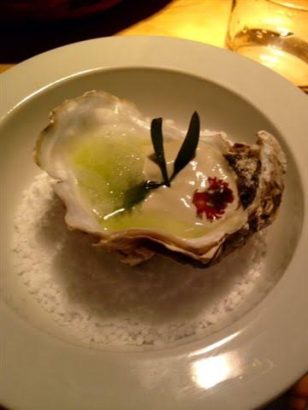 Lentils almost better than Beluga
This commonplace legume reminds us never to underestimate the power of the underdog. Chilled over ice, these miniature black lentils take on the shape and flavour of caviar with crème fraiche and dill. 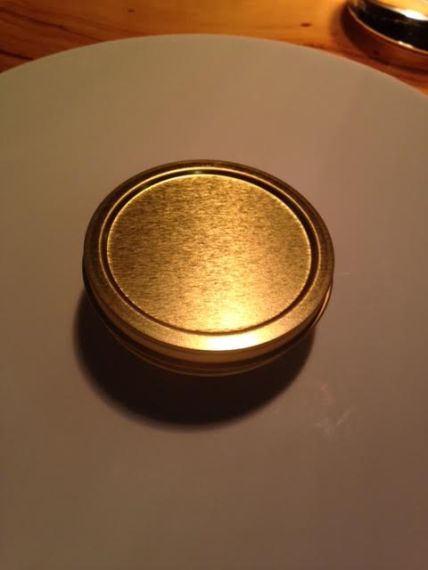 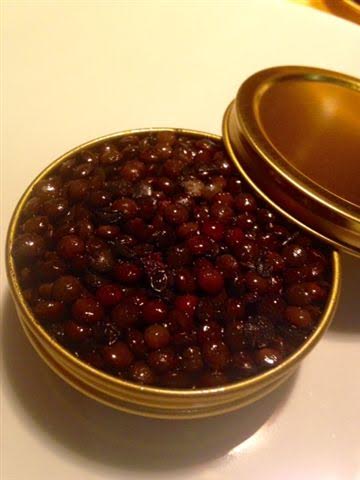 Levante (no photo)
Levante is a wind blowing across the peninsula of Italy from the Adriatic to the Tirreno sea. It brings with it unexpected aromatic ingredients in the form of a citrus infused rice served over sweet water fish marinated in fennel and orange. 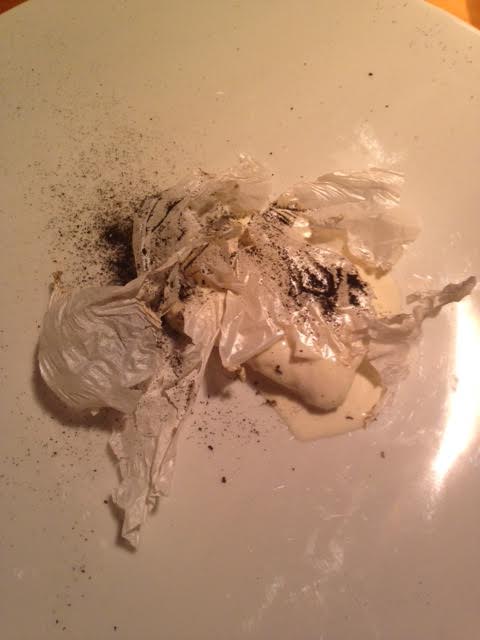 Autumn in Modena
A combination of porcini mushrooms, chestnuts, and truffles best describes autumn landscape in Modena. These northern Italian ingredients are the protagonists of this vegetable ceviche, which pays homage to the South American tradition while re-defining the mineral forest layers of the Emilian Apennines. 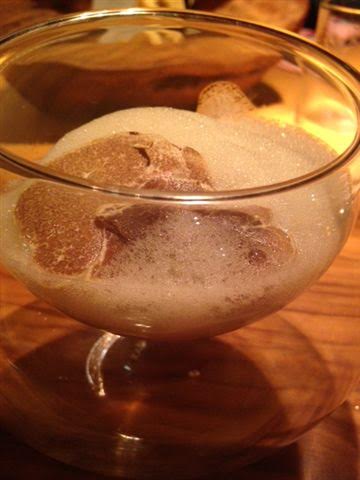 The crunchy part of the lasagna
A sheet of crunchy pasta balances on a hand-chopped meat ragù and airy béchamel like a bird about to take flight. Massimo Bottura mischievously re-invents the classic Italian recipe by remaining faithful to his childhood memory of stealing the burned corners from his grandmother Ancella’s labor of love. 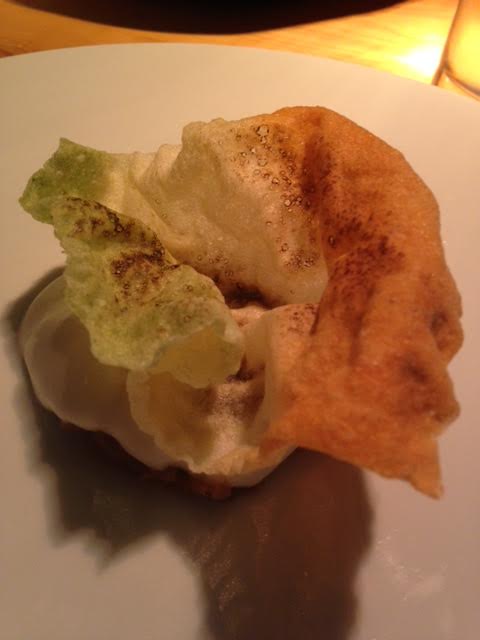 Sometimes mallard, sometimes partridge and even bollito
A close examination of the hunting tradition from the Tuscan-Emilian Apennines touches upon key techniques and concepts from Osteria Francescana’s culinary identity. Both the refined and rustic are at play when a fowl is stuffed with a terrine of varietal meats and accompanied by a civet-mole and rustic toasted bread laced with truffle jus. 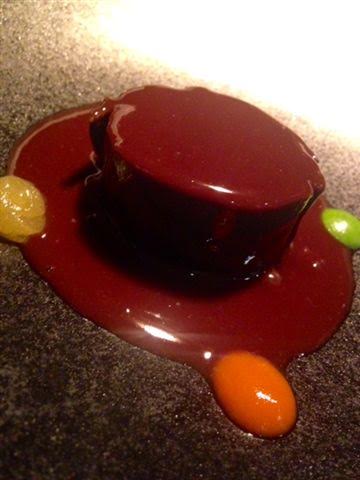 Caesar salad in bloom
The evergreen and stoic Caesar softens into an ornamental garden of late summer fragrances and colors. Chrysanthemum petals, elderflower vinegar, dried cherries, and chamomile-honey dressing reminds us of nature’s bounty as we safeguard our memories for the long winter to come. 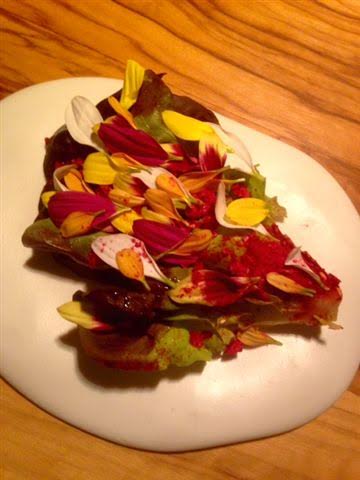 Oops! I dropped the lemon tart
This dessert calls attention to the poetry of imperfection. Lemon zabaglione, verbena sorbet and fragmented pie crust meet candied bergamot, savory capers, dried oregano, and hot pepper oil in praise of southern Italy; a place that is a terminally broken but never lacking emotion. 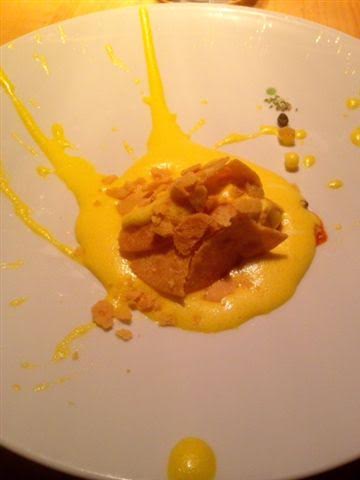 These red balls were served as mignardises. It was like terrific “fake” sweet & sour cherries with chocolate 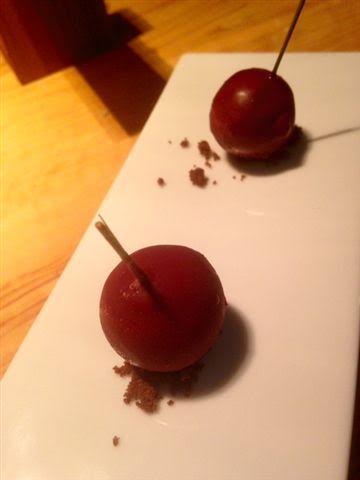 “Chef Bottura is a great person indeed and he was so kind and friendly with each guest. The whole meal was terrific but we both were very impressed by his famous dessert “Oops j’ai fait tomber la tarte au citron” and especially the lentils cooked and presented as a precious caviar… The result was deceiving…  The lentils perfectly cooked “al dente” offered a very interesting texture and harmonious contrast with the tomato and sour cream dressing… It was a long time since we were back and dine at the Mirazur. We love very much Mauro Colagreco. He has such a charisma, style and this last dinner was a perfect moment of friendship and collaboration!!!” 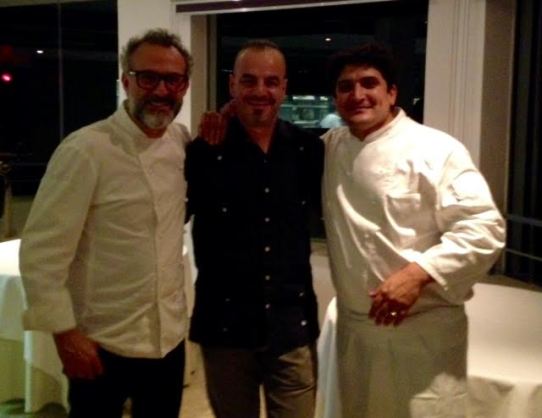 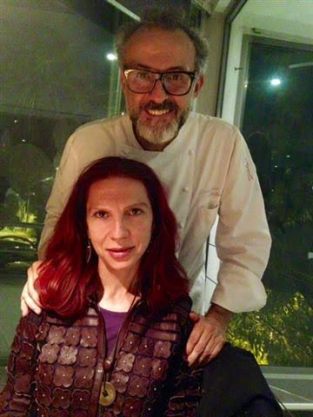 It was chef Massimo Bottura who launched the Food for Soul organization that promotes social awareness about food wastage and hunger through a wide range of global initiatives. During the summer Olympic, they set up Refettorio Gastromotiva, a dining hall for homeless people in the Lapa neighborhood of Rio de Janeiro.

“This is not just a charity; it’s not just about feeding people. This is about social inclusion, teaching people about food waste and giving hope to people who have lost all hope.”

You can learn more about the Food for Soul campaign here and choose to become part of it.

“We create culture everyday in our kitchen. Culture brings knowledge and consciousness, and consciousness brings the sense of responsibility that leads us to create projects such as Reffetorio. That’s why I think the most important belief in the future, for a chef, is culture.”

3 thoughts on “Bottura at Mirazur”