Our second day in the French Riviera we went back to Èze.

If you’ve watched the 1955 Alfred Hitchcock’s thriller “To Catch a Thief“, chances are that you have caught a glimpse of this idyllic medieval village – also known as the French “Eagle’s Nest” – perched high on a cliff 427 meters (1,401 ft) above the Mediterranean. 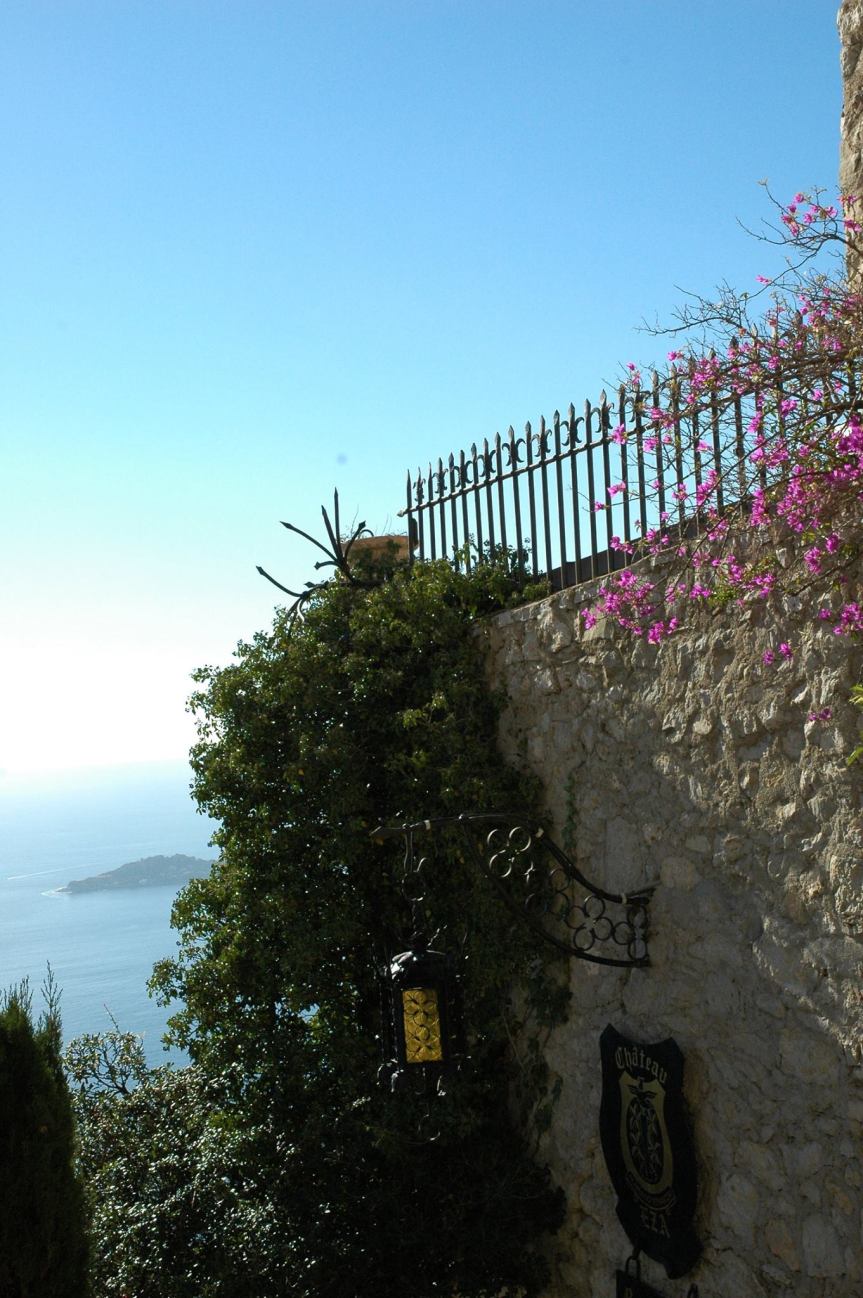 Once a fortified stronghold, it is now overrun by tourists as soon as the temperature warms up. But we wouldn’t have any of it, because we came here late November -when the village was deserted and the sky was the perfect azure blue.

Better yet, they had just put up Christmas decorations. 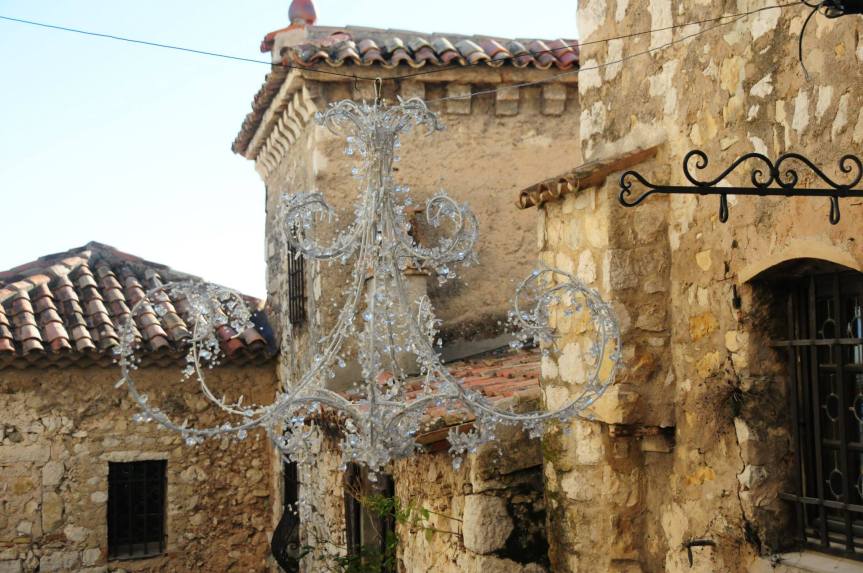 We took our time wandering about narrow lanes 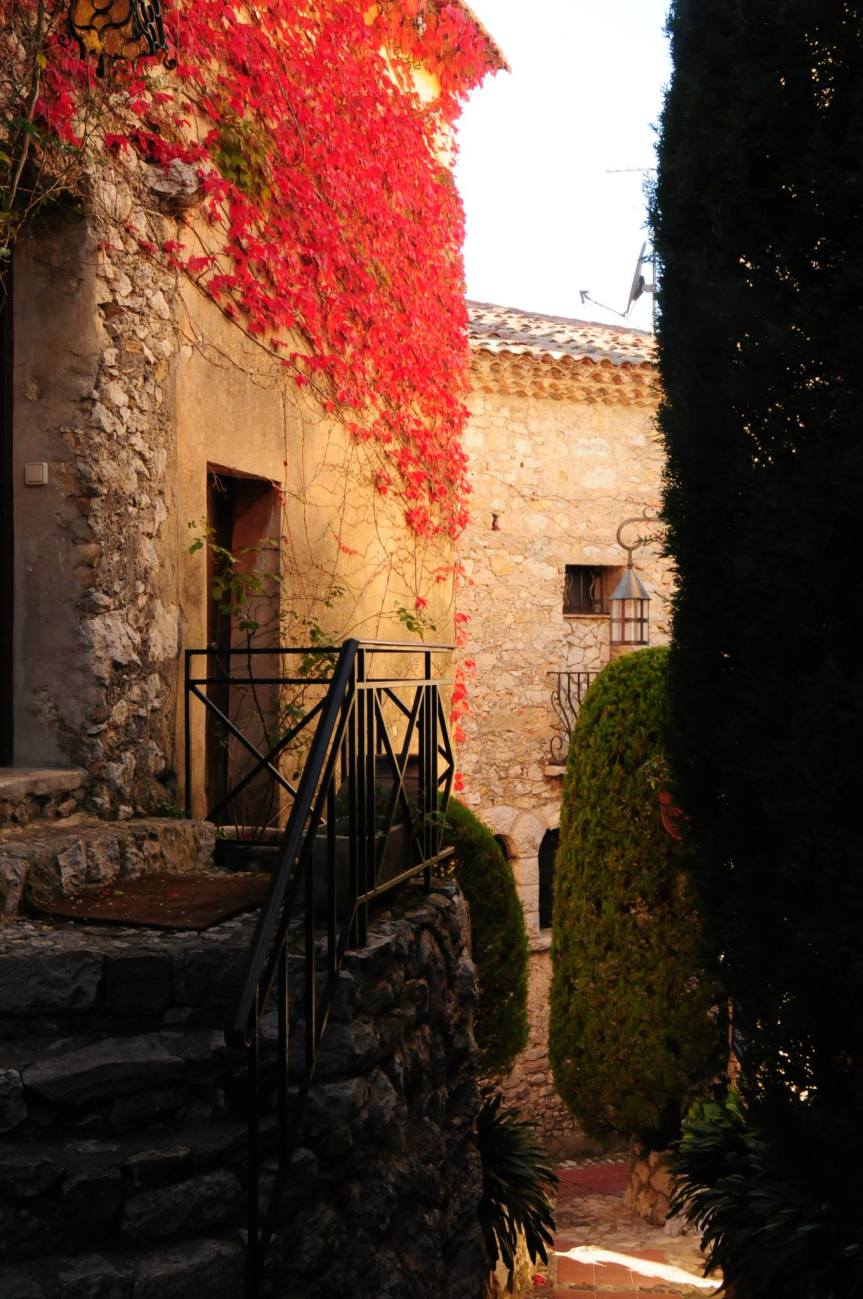 Most of the restaurants and souvenir shops were closed, including the Michelin starred Château de La Chèvre d’Or.

Named after a golden goat

The hotel/restaurant is decorated with style

A grand view awaits from the terrace.

We stopped at La Nid d’Aigle for lunch. The food was average Italian, slightly over-priced. But the view from our table was unbeatable. 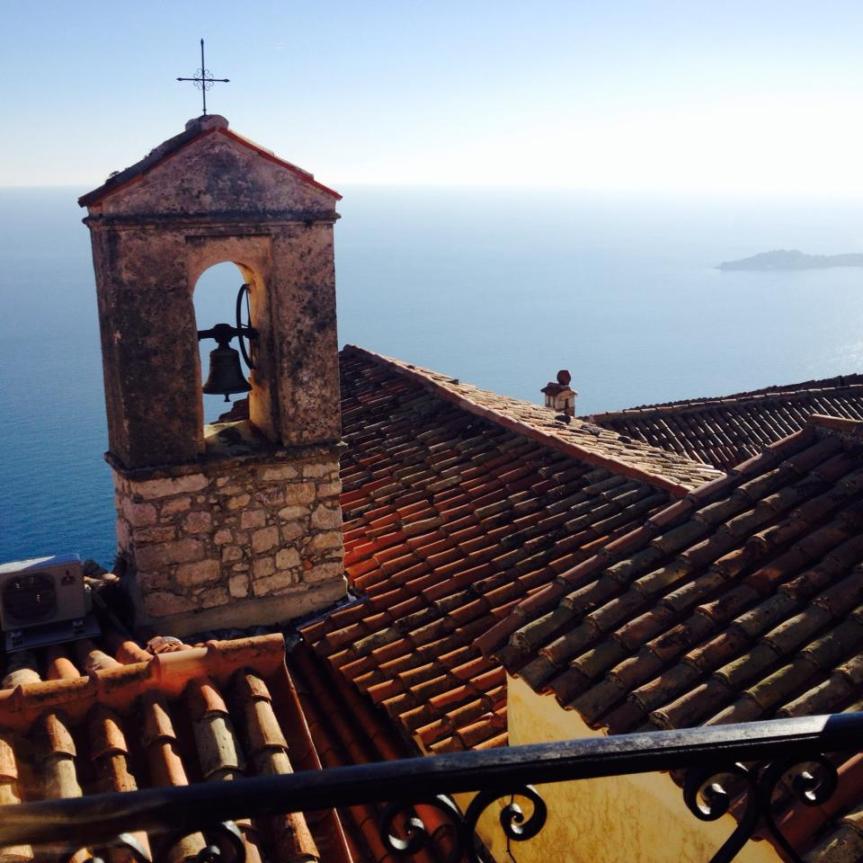 After lunch we decided to walk back to Nice along the Moyenne Corniche, taking in the mesmerizing water view. 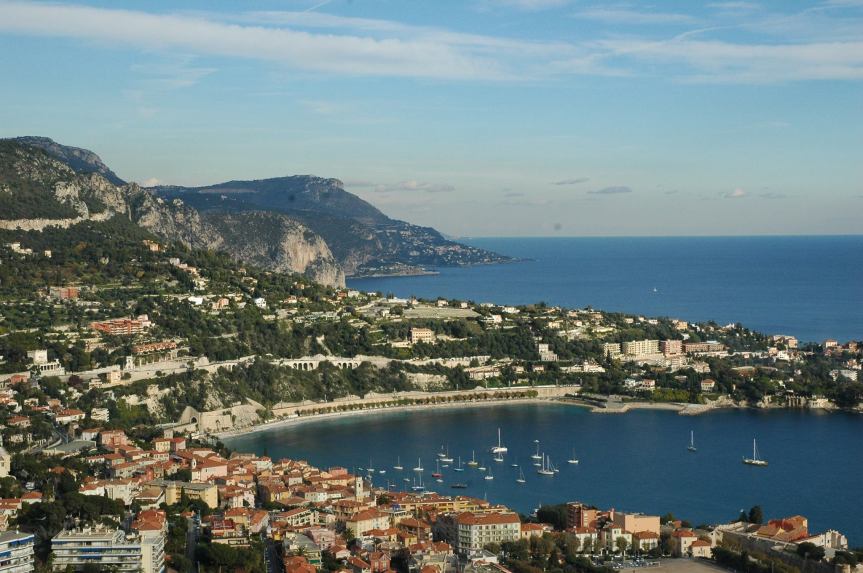 In three days we will be back, driving the three corniches – retracing the steps of Cary Grant and Grace Kelly – all the way into Italy.