Sushi Kashiba is an upscale sushi restaurant in Seattle. It’s conveniently located by the Pike Place Market and is owned by the Seattle legendary sushi chef Shiro Kashiba, who trained with Jiro Ono back in the 1960s. Sushi Kashiba is often regarded as one of the best sushi restaurants in Seattle. Tourists and locals alike queue up outside its door before the 5 o’clock opening time waiting to get a seat at the sushi bar.

But, does it live up to the hype?

We arrived at 5:30 on a weekday. Sushi bar was already full, so we were seated at a table.

This being our first visit, we opted for the seven-course omakase menu.

The amuse-bouche was a menagerie of six sweetened black beans, a piece of shrimp and some colorful egg concoction.

Our first course was a duck salad. The greens were good. The duck, however, was chewy with some sort of sweet reduction.

Our second course was a tuna hand roll. It was good, but I’ve had better across the lake at Izumi Sushi in Kirkland.

The next three courses were all nigiri sushi. They did not come out one by one as is usually the case when you sit at the sushi bar and there were little explanations as to the source of the fish and how they were prepared. 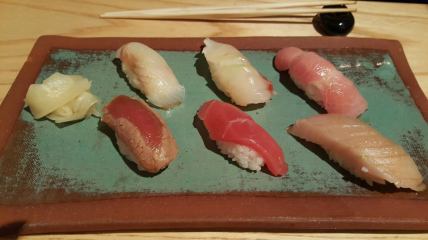 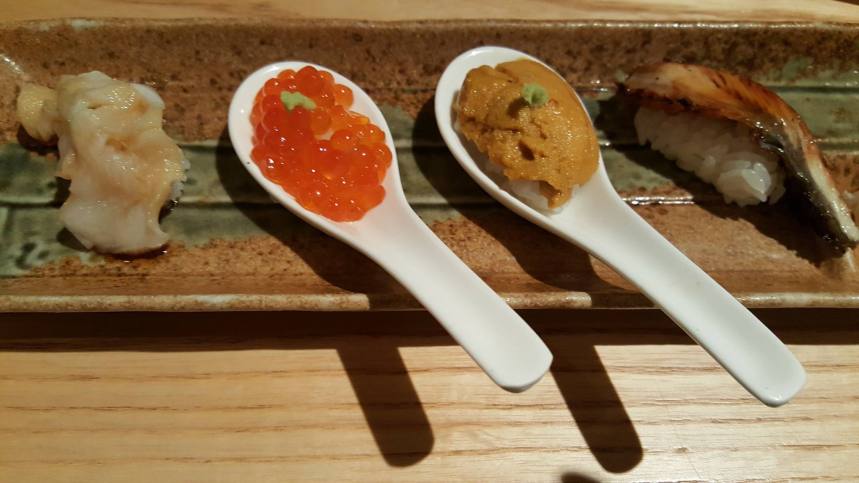 Our sixth course was a crab hand roll wrapped in tofu skin. This was our favorite of the evening.

For dessert, we were served miso soup and tamago. While tamago is a regular dessert item, I have never heard of miso soup as dessert. 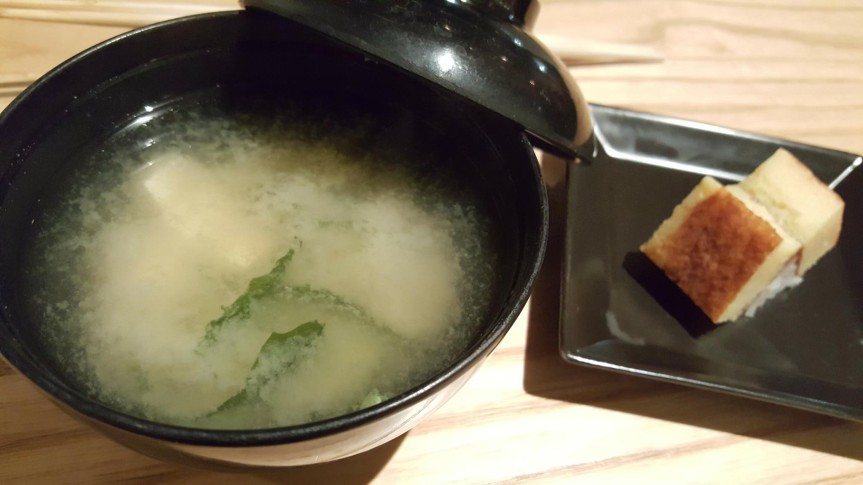 Overall our dinner was not bad but it was nothing to rave about. For the same price, we had an amazing meal at the Michelin starred Kusakabe in San Francisco a couple of month ago. The well orchestrated tasting menu includes a good variety of hot and cold items, exquisitely prepared and artistically presented, right in front of our eyes.

As to the service at Sushi Kashiba , it matches the standard of a high-end restaurant in America. However, we were surprised that our server did not gather information about food allergies before putting food on our table. When inquired about this, we were told that they only do so at the sushi bar, which looks like a whole different dining experience – there were interactions with the chef, progressive serving, and individualized/unique offerings based on fresh of the day.

So unless you are able to secure a seat at the sushi bar, preferably in front of chef Kashiba, do not bother going to this restaurant. Right across the courtyard is a Korean Gastropub called Chan Seattle. This tiny little place serves delicious Korean food with a modern twist and they even have a happy hour menu. 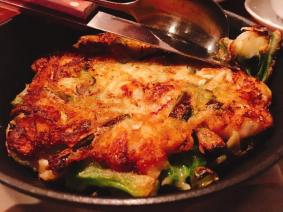 Sushi Kashiba
Address: 86 Pine St #1, Seattle, WA 98101
Phone: (206) 441-8844
Webpage: http://sushikashiba.com/
Sushi Kashiba does not take reservations for sushi bar. If you don’t want to take your chances, arrive early and queue up outside the restaurant before they open. If you missed the 5pm seating, you can still put your name down for the 6:30 seating. Please be advised that omakase at the sushi bar is priced based on what you actually eat. The $95 set price only applies to the table.