The third day of our Lords of the Arctic program, we went back on wheels.

In merely two days, more bears had arrived in the area. 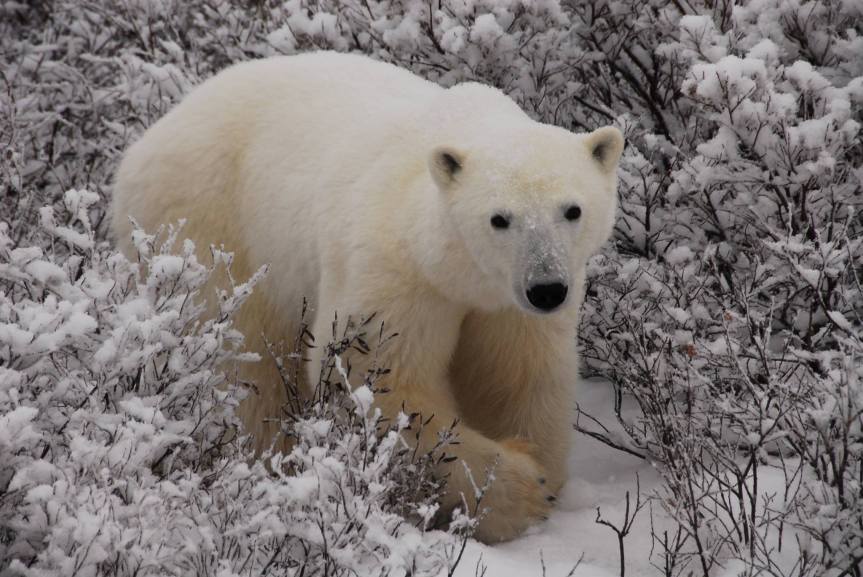 And they were popping up all over the place!

Some had fun rubbing on snow

A young female awoke from her slumber

And shook the snow off her coat. 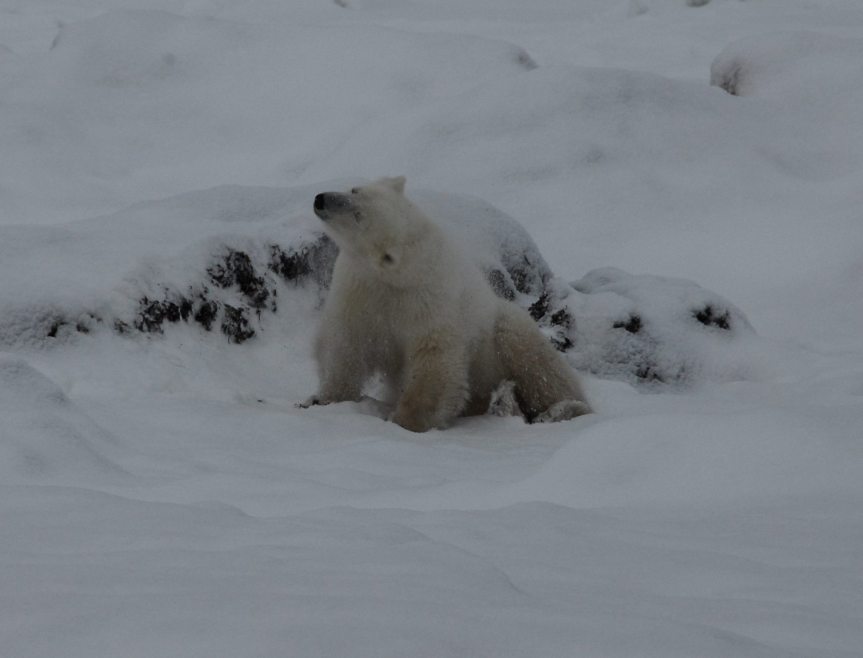 Several yards away, a tagged mama-bear was nursing her two cubs

She later took off 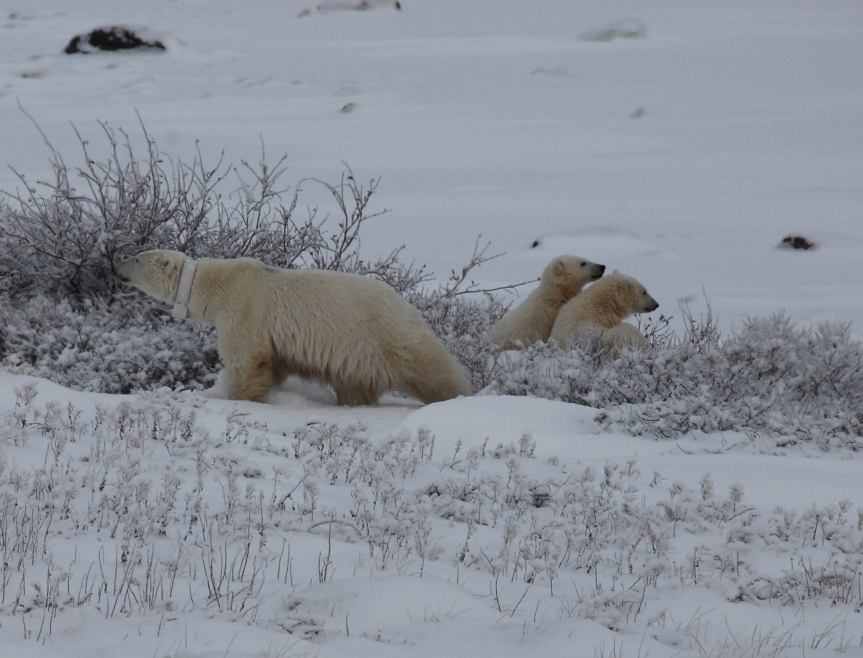 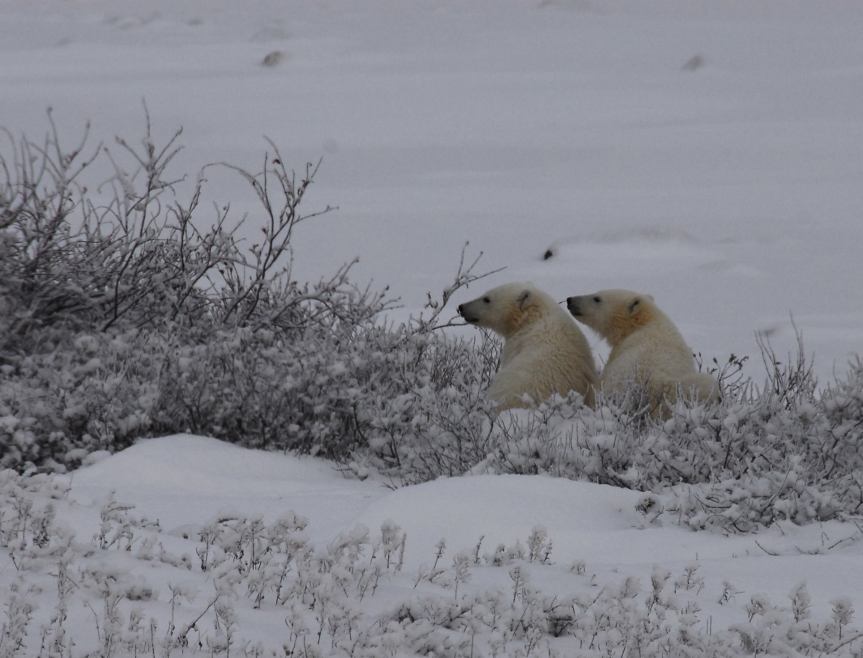 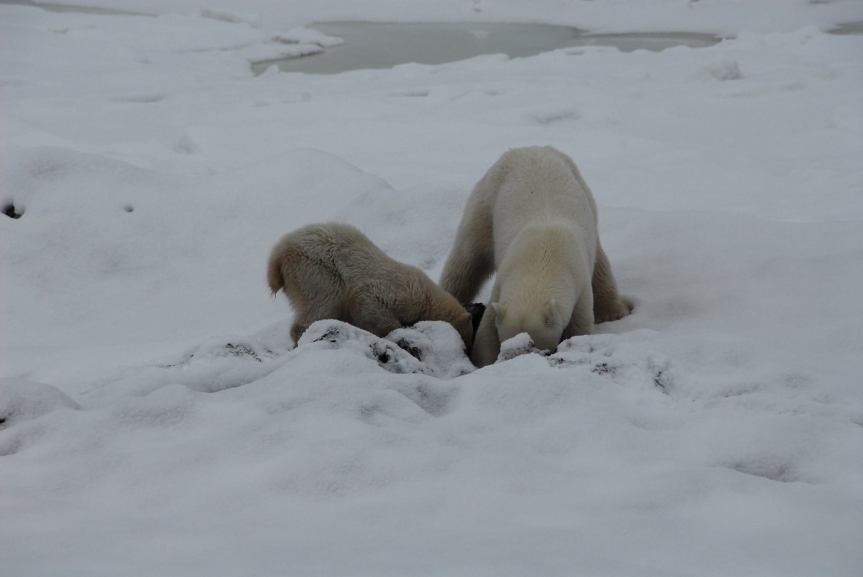 They discovered kelps. Hungry she munched on. 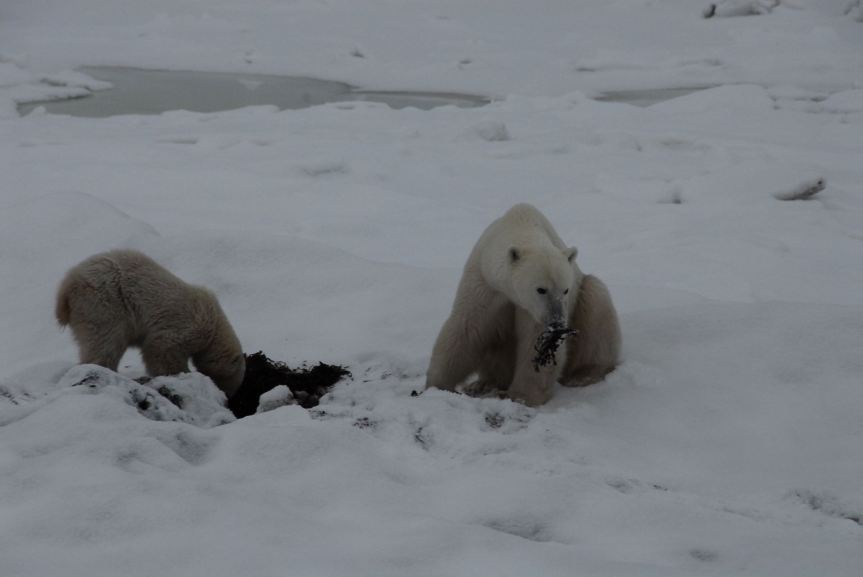 She and her two cubs looked lean and malnutritioned. 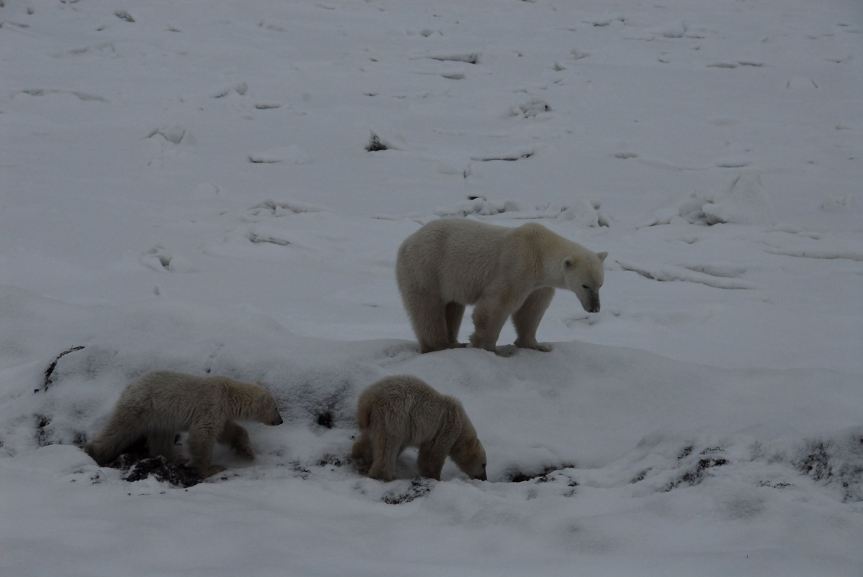 There were also a close encounter with an arctic fox

And another sighting of ptarmigan in camouflage

This concludes my 2007 Lords of the Arctic write-up.

All the polar bear posts can be found here.

While doing research, I caught up on the latest polar bear situations in the Hudson Bay. They were far from optimistic.

In this December 20th 2016, New York Times article: “This year was particularly bad. The freeze came late; the extent of Arctic sea ice was less this November than in any previous November. Some parts of Hudson Bay, whose western stretches were once home to 1,200 polar bears, were still ice-free at the end of November.”

Another article from the WWF dated December 7th 2016, also recounts an unusual warmer weather in the Arctic: “The temperature was 35 degrees warmer than any of the times before. A friend asked if it was just ‘weather,’ but it was that much warmer for over four weeks and not just a couple days. I got by the whole week without an Arctic coat, most of the time in just a long-sleeved t-shirt and a vest. There was no ice to be seen on the bay, and the ice charts showed no ice anywhere in the whole of Hudson Bay.”

Polar bears are marine mammals. Excellent swimmer they may be, they rely on sea ice as a platform to hunt for food, rest, and breed. The rapid decline in sea ice is putting a strain on their ability to survive.

Good news is that these bears are starting to adapt, by moving further north, and/or changing their diet. But whether this is enough to keep the species alive, only time can tell.

Note: There are more than a dozen polar bear tour packages for Churchill, Canada. I chose the learning vacation offered by CNSC (Churchill Northern Studies Center), because it is a non-profit research and education facility with a vision to understand and sustain the North. And as a participant we have the opportunity to assist the researchers in observing the behaviors of this magnificent animal.

Thank you everyone for following me through this journey. I enjoyed reading your comments and interacting with all of you. Together let’s make our planet a sustainable place for all of its living inhabitants!