Kitano Tenmangu (北野天満宮) is a Shinto shrine located in northwest Kyoto. It is built in 947AD to honor Sugawara no Michizane. 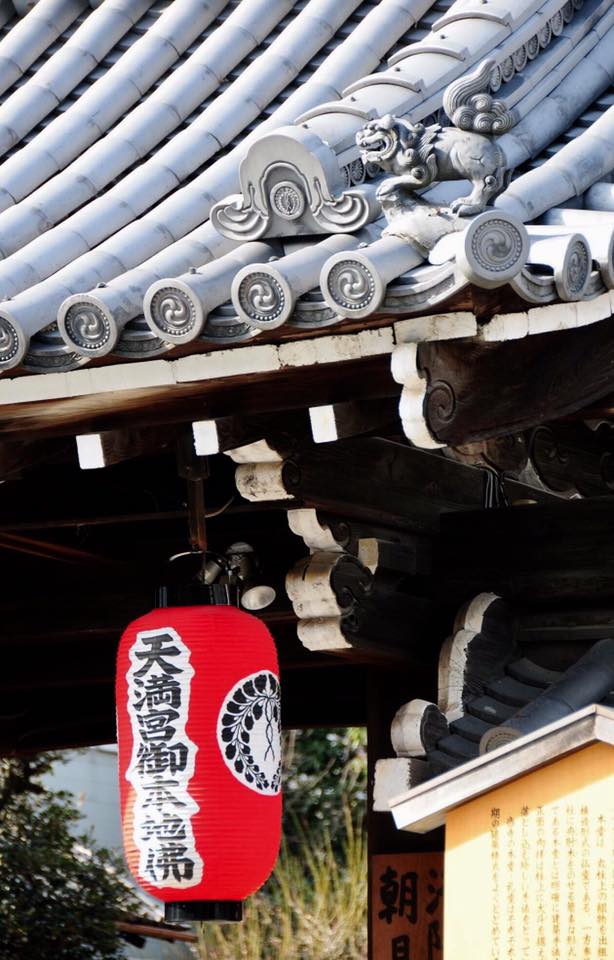 He is best known as the “god of academics.” There are as many as 12,000 shrines dedicated to him all over Japan, including the one we visited in Takayama. But Kitano Tenmangu is the very first shrine in Japanese history where an actual person was enshrined as a deity and it is popular with students praying for academic success.

No longer a student needing to pass exams (Thank god for that!), I visited Kitano Tenmangu mid-February in search of Michizane’s favorite…… 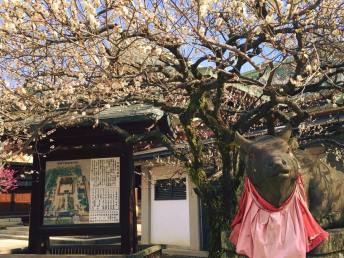 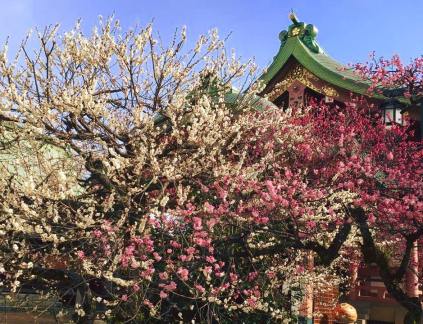 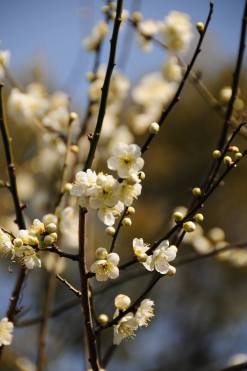 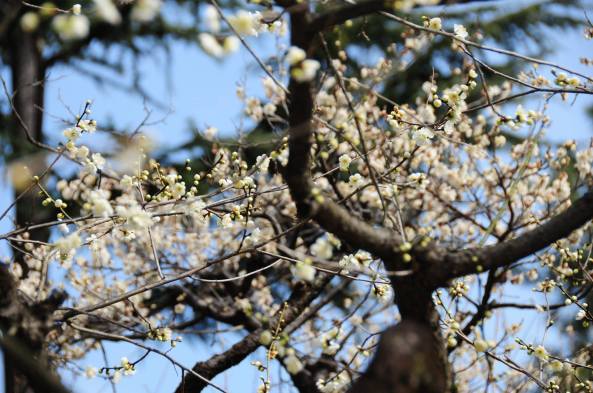 In 901AD, due to political maneuverings of his rival, Michizane was removed from his post in Kyoto and sent to exile. Saddened by the fact that he would never see his beloved plum tree again, he is said to have recited the following poem: 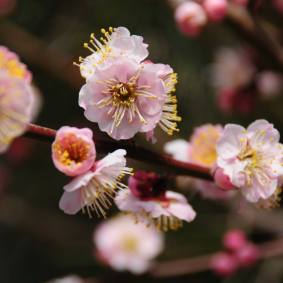 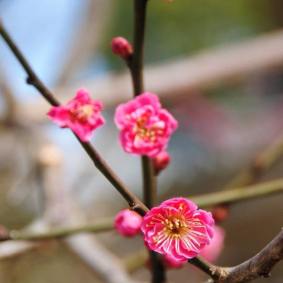 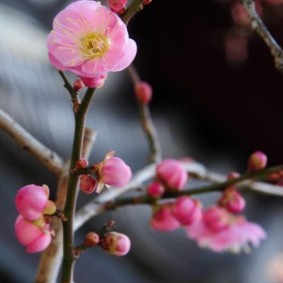 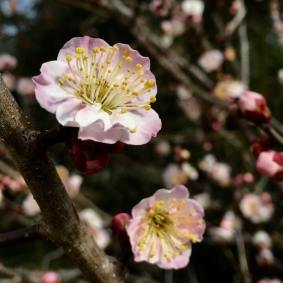 After Sugawara no Michizane’s death, plague and drought spread and sons of Emperor Daigo died in succession. The Imperial Palace’s Great Audience Hall was struck repeatedly by lightning, and the city experienced weeks of rainstorms and floods. Attributing this to the angry spirit of the exiled Sugawara, the imperial court built Kitano Tenmangu in Kyoto, and dedicated it to him. They posthumously restored his title and office, and struck from the record any mention of his exile. -Wikipedia

Kitano Tenmangu is known as one of Japan’s best places to view plum blossom. There are about 2000 plum trees planted on the shrine ground. When the flowers bloom, the Bai-en (Plum Grove) is open to the public. The plum blossom festival is held on February 25 where geiko and maiko of Kamishichiken come to serve matcha and sweets during a tea ceremony.