The Golden Pavilion has three levels, each carrying a distinctive architecture style: shinden (11th century aristocracy) on the first level, buke-zukuri (warrior residence)  on the second, and Chinese Zen (Buddhist temple) on the third. 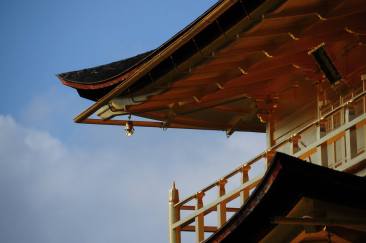 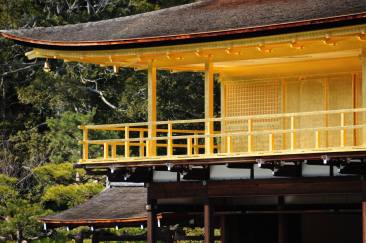 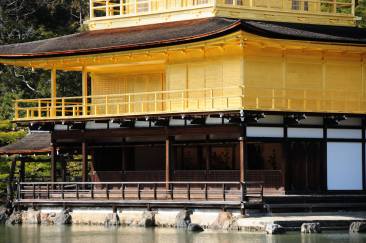 The top two levels of the pavilion are covered with pure gold leaf from Kanazawa. The roof is thatched with shingles and crowned with a glistening phoenix.

Functioning as a shariden (舎利殿) – a Buddhist hall used to store relics of Buddha – Kinkaku, along with its surrounding pond and Japanese strolling garden, is said to represent the Pure Land of Buddha in this world.

Created years after the Golden Pavilion, Ginkaku-ji (銀閣寺) was modeled after Kinkaku-ji .

But unlike its predecessor, the Silver Pavilion did not contain any silver foils. 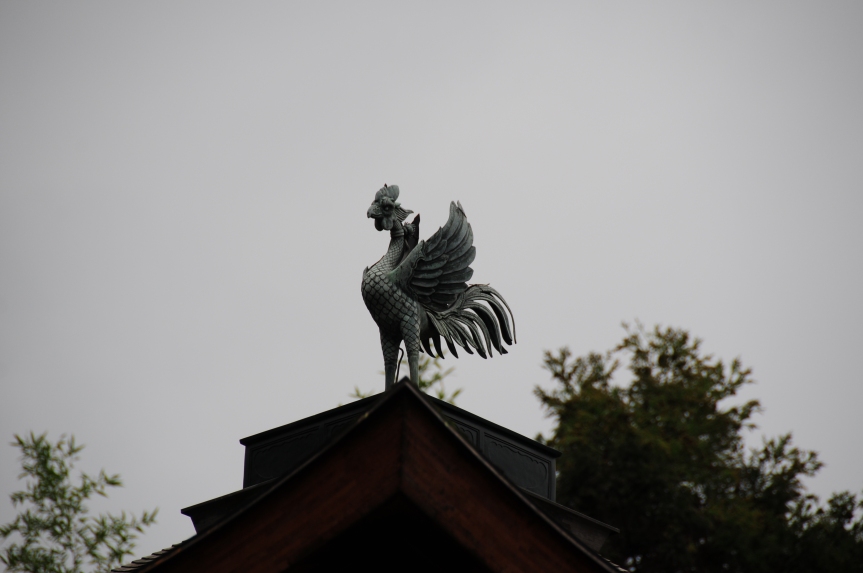 It is known for its raked sand garden where a massive sand cone stood symbolizing the sacred Mount Fuji. 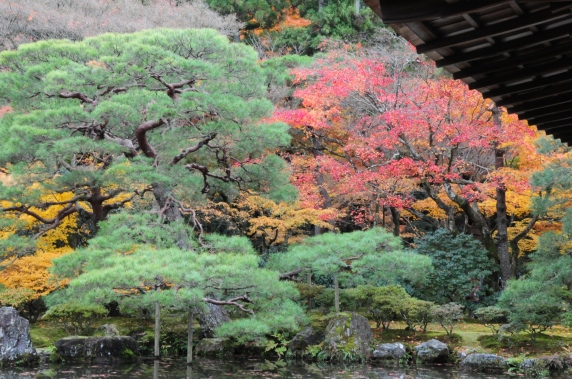 Although not as popular as the Golden Pavilion, I found Ginkaku-ji at its best during the fall foliage season when visitors line up to enter the garden.

21 thoughts on “Kinkaku-ji and Ginkaku-ji, Kyoto”