Opening any guide book of France, you won’t find much information on Rennes. This is because the capital city of Brittany suffered a great deal during World War II and much of it had to be rebuilt. A fire in 1720 also destroyed most of its timbered houses, sparing a few. 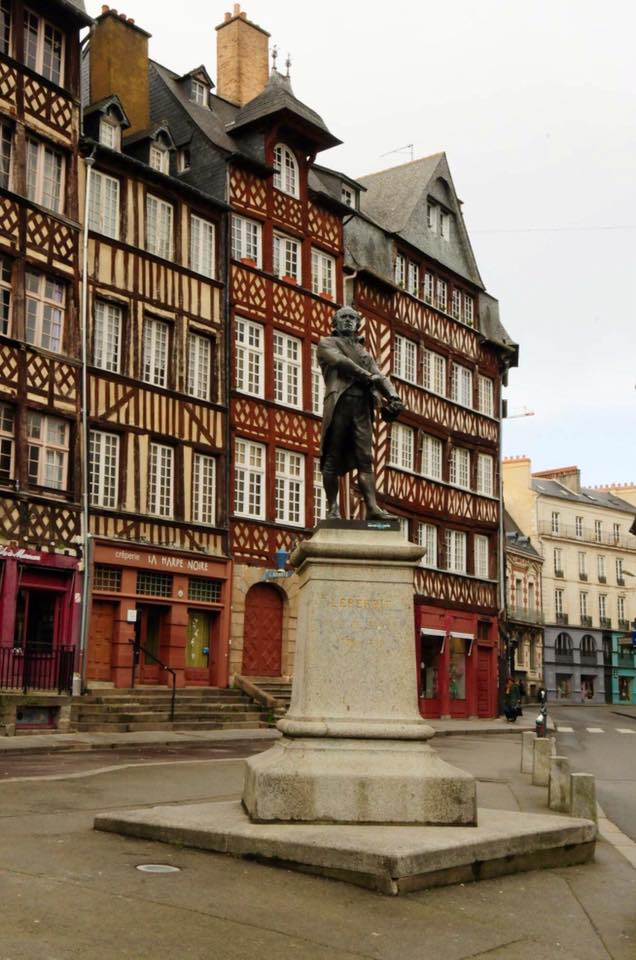 We arrived in Rennes in wind and rain. But as unpredictable as Brittany’s weather can be…the sun came out shortly thereafter and we set out for one of the regions’s specialty food – Galette bretonne. The Brittany galette is like a crêpe. But instead of using wheat flour, it is made of buckwheat, and comes with a savory filling.

After savoring delicious galettes at a cozy welcoming little crêperies called La Ville d’Ys, we resumed our walk, checking out interesting buildings here and there – such as, this one bearing the city’s coat of arms. 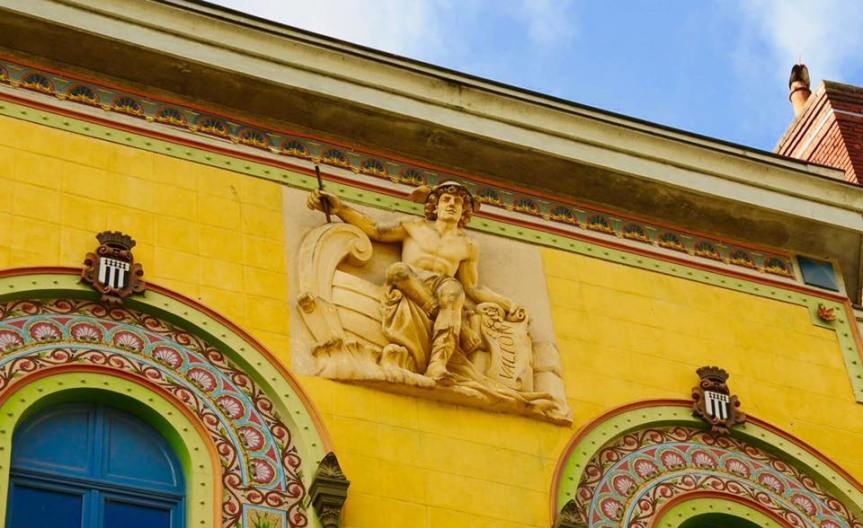 and noticing that the street signs are in both French and Breton.

One of the most popular attractions in Rennes is Parc du Thabor. Unfortunately it was closed on the day of our visit due to strong wind.

Next to the park stood the eleventh century Benedictine abbey of Saint-Melaine. Here, we had the fast-moving clouds playing tricks with our eyes making the bell tower falling upon us.

On our way back towards the Vilaine river, we passed Palais Saint-Georges – another Benedictine Abbey

whose garden was also closed. 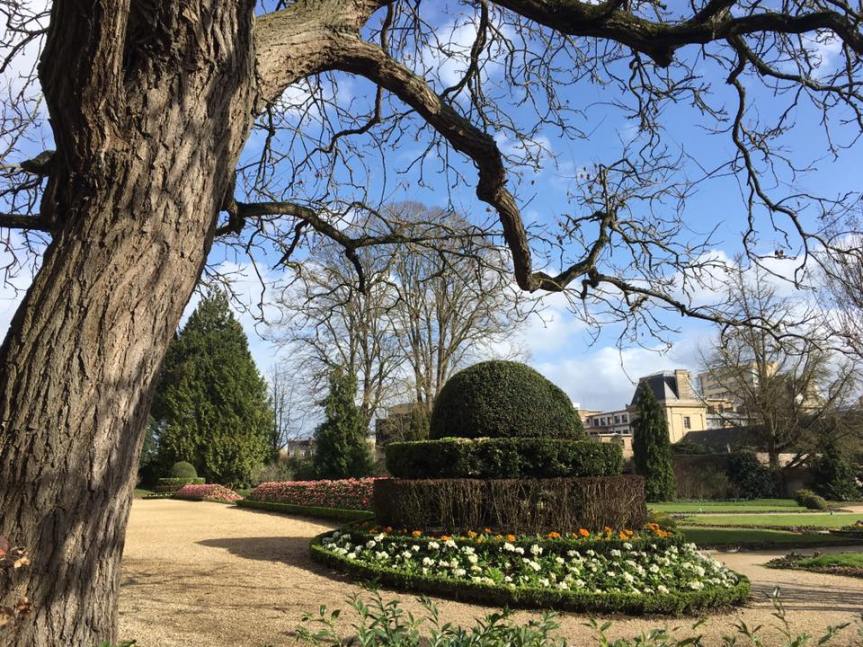 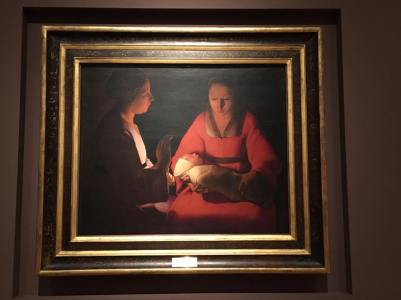 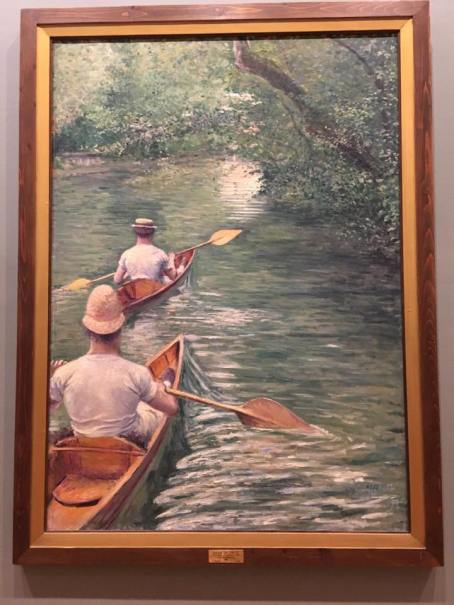 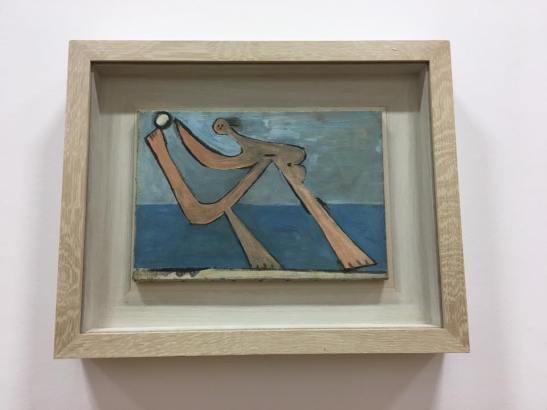 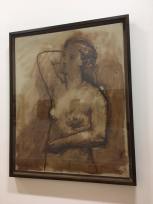 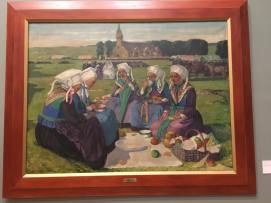 It had a small collection of paintings from Pablo Picasso, Georges De la Tour, Gustave Caillebotte and Peter Paul Rubens. But this sculpture piece named Beethoven blew my mind!

For dinner, we went to Le Bistro Volney and ordered the set menu with one appetizer and one main dish. My friend had the tuna tataki with Romesco sauce and casserole of the day which turned out to be an hearty lamb shank . I had the steamed duck ravioli in Thai broth with soba noodles and catch of the day.

All the dishes hit the spot, I especially loved the duck ravioli. It was light and infused with herbs. We could not believe how busy the restaurant was on a Sunday evening. Our waiter was literally running up and down the stairs. But then again, in France not many restaurants are open on Sundays.

This concludes our brief visit to Rennes. Overall we found the city charming and manageable – a great transportation hub and connecting point for those visiting the Brittany region.