The day we visited Mont Saint-Michel, the weather wasn’t perfect. 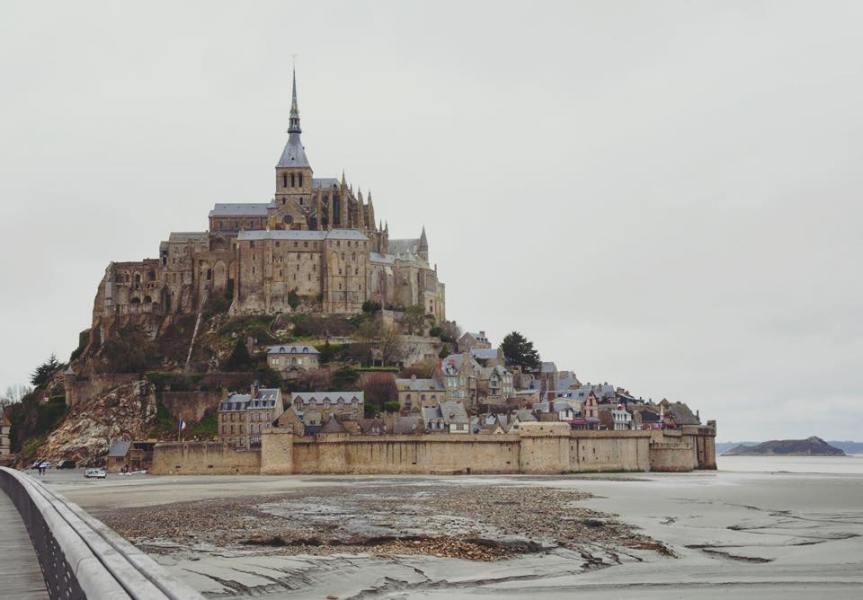 So we made the best out of it having lunch at La Mère Poulard. 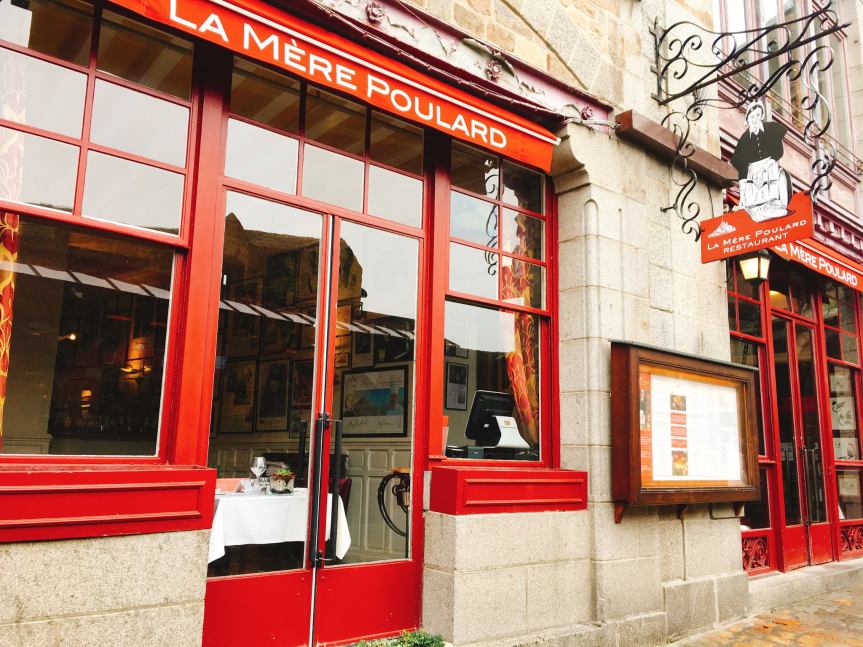 Exactly how I came to know this place I couldn’t recall. But it has been on my list ever since I started traveling to France. The restaurant dates back to 1888 and is known for its giant omelette that’s been attracting tourists and celebrities for over a century.

We ordered the three course menu that comes with a soup, a savory omelette and a dessert. 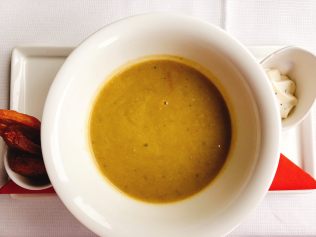 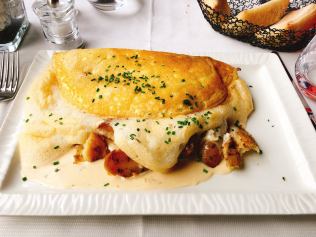 Omelette with Camembert and roasted potatoes 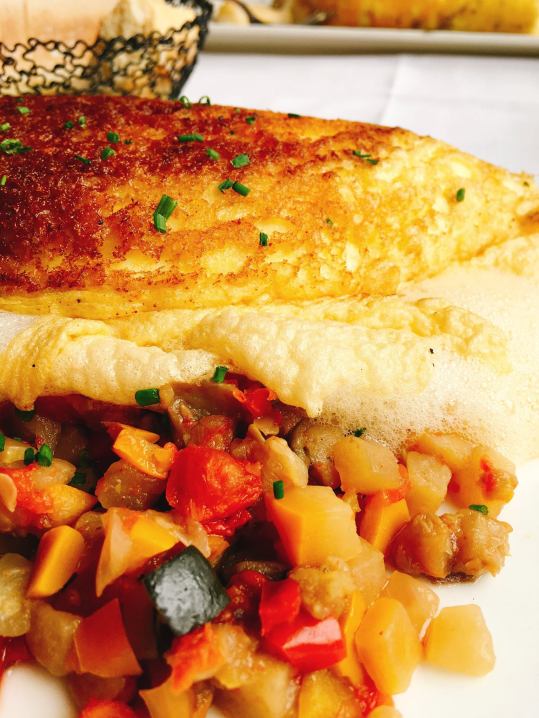 The soup was just what we needed on that cold rainy day. The tarte tatin was the best I’ve ever tasted, good apple (Normandy is famous for their apples) perfectly caramelized. But the omelette, hmmm, the omelette, did not taste like an omelette at all. It was light, foamy with visible air bubbles, more like what you’d expect from a soufflé. 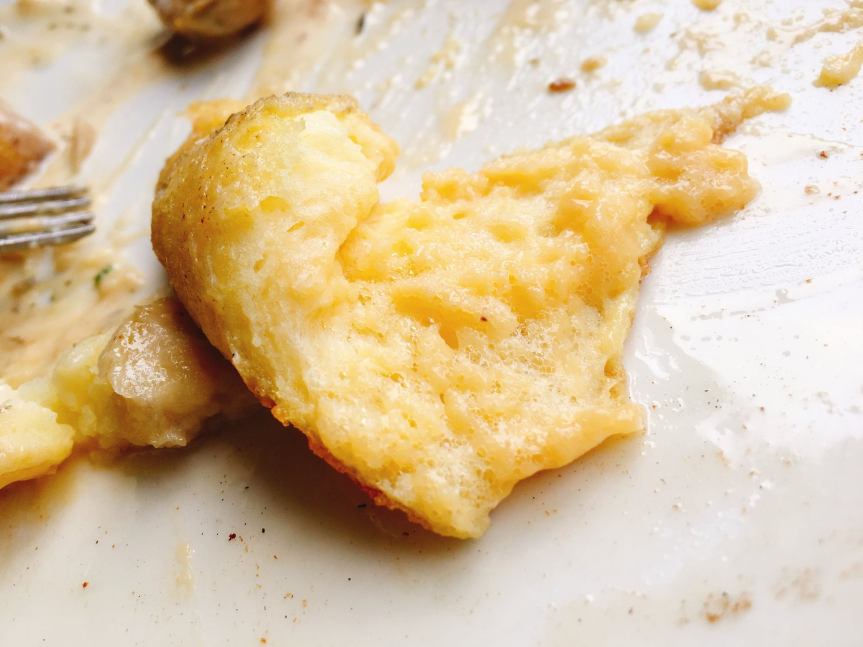 The restaurant fills up quickly. Don’t even think of going there without a reservation during peak season. Whereas €35 isn’t exactly cheap for a meal centers on omelette, we got to stay inside when it was pouring rain, in a dining room where famous people like Ernest Hemingway, Yves Saint Laurent and many French presidents had been, filling up our tummies while listening to the rhythmic sound of the egg beating. It’s all worth it.

Note: Even if you don’t want to eat at the restaurant, you can still pop in to observe the egg beating process and watch the omelettes getting cooked in open hearth.

Many years ago, when the Parisian restaurateur, Robert Viel, wrote to Annette Poulard asking for her recipe, she sent him the following reply:

Mr Viel, Here is the recipe of the omelette: I break good eggs in a terrine, I beat them well, I place a good piece of butter in the pan, I throw in the eggs and I shake constantly. I am happy, sir, that the recipe makes you happy.
— Annette Poulard