I am breaking this post into two parts. Because I can’t imagine writing about Bryce Canyon National Park without spending a few words on the geology of the park. But if I do, the post will be too long for anybody to digest.

To begin, Bryce Canyon is not a real canyon. It is not carved by flowing water.

The amphitheaters are packed with hoodoos. 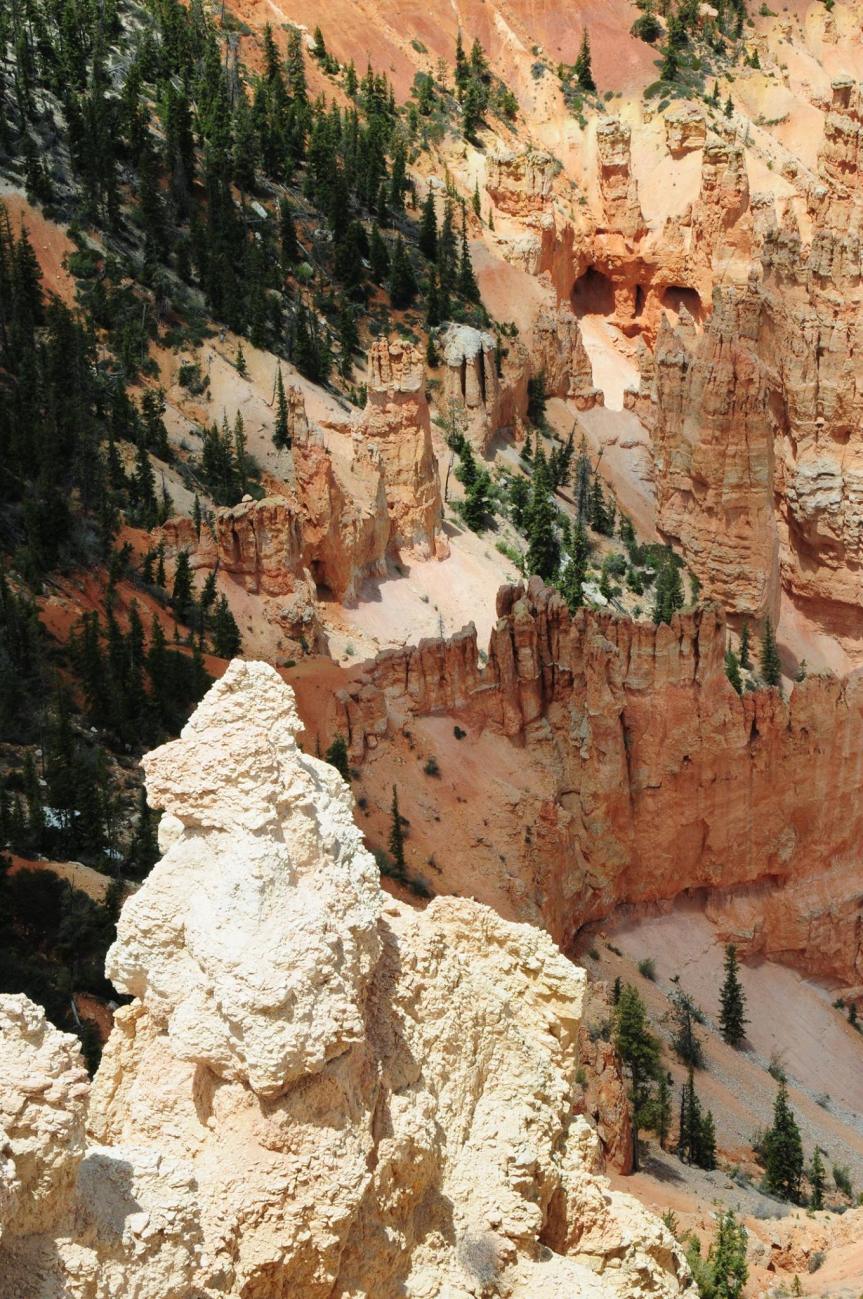 Hoodoos, by definition, are tall skinny spires of rock that protrude from the bottom of arid basins and “broken” lands.

Legend has it – The To-when-an-ung-wa (the Legend People) were notorious for living too heavily on the land, taking up all the resources, leaving nothing for the other creatures. One day the Coyote God invited them to a banquet – for which they all put on their most colorful costumes – and turned them into stone.

The geologists offered a different explanation and it goes like this:

The primary weathering force at Bryce Canyon is frost wedging. For an average 200 days a year in Bryce , the temperature goes above and below freezing daily. When water freezes to ice, its volume increases by nine percent. Over time this expansion shatters and prys the rock apart in much the same way a pothole forms in a paved road.

In addition, the rain, slightly acidic, slowly dissolves the predominate Claron limestone in the rock layer and in the process, rounds the edges of the hoodoos and gives them their lumpy and bulging profiles.