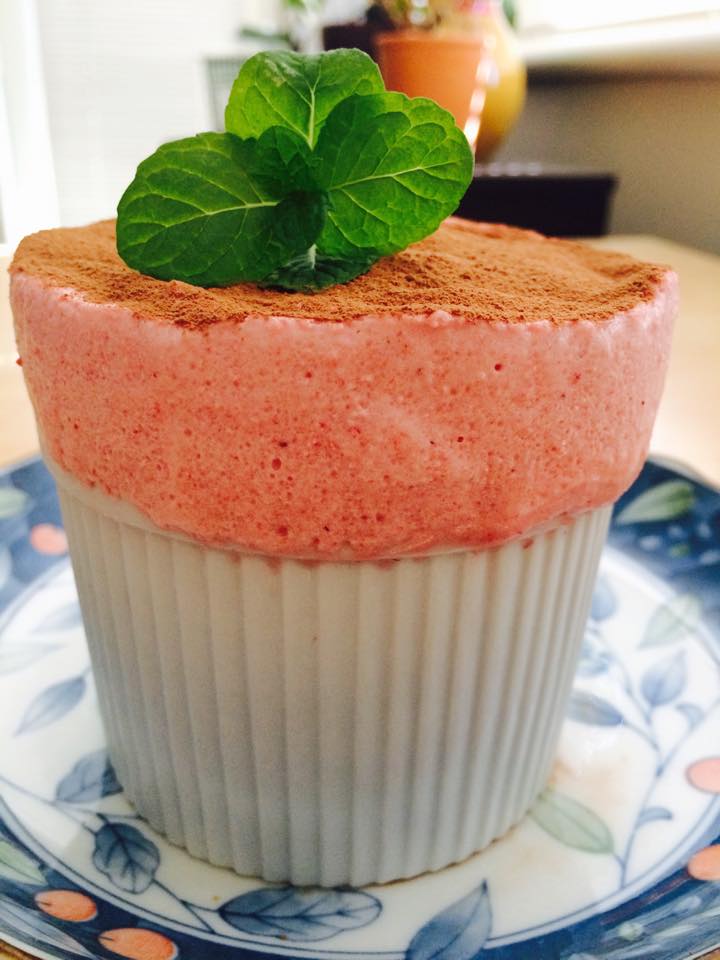 Although I don’t have a recipe for a strawberry sundae, I absolutely love this frozen straberry soufflé that I would like to share with you. It has all the benefits of a baked soufflé – light and fluffy – save the trouble of turning on an oven on a hot summer day.

This recipe is adopted from the book New Entertaining in the French Style by Roger Verge – one of France’s greatest chefs of his time. He is also considered as one of the inventors of Nouvelle Cuisine – a new form of cooking focusing on fresh ingredients prepared in a lighter style, with an increased emphasis on presentation. In 1969 Vergé opened his famous restaurant Moulin de Mougins near the French Rivera. Within a year he received his first Michelin star, a second star was awarded two years later and a third in 1974. The restaurant is known to have trained a group of future culinary stars such as Alain Ducasse, David Bouley and Daniel Boulud.

How do you know when the sugar syrup reaches 250°F without a candy thermometer?
Set a bowl of water and ice cubes aside. When the sugar syrup is boiling and starts to form large bubbles, put a few drops into the bowl with a spoon. Try to pick up the drops between two fingers. If you can form a small, soft ball, then the sugar is ready.

Finally, I would like to thank my fellow blogger Susan Sleggs. For it is from her website that I learned about the National Strawberry Sundae Day.