It was 1900 hour when we met again by the car. We were out on a mission to see a moose in Grand Teton National Park.

Earlier in the day, we drove into the park. 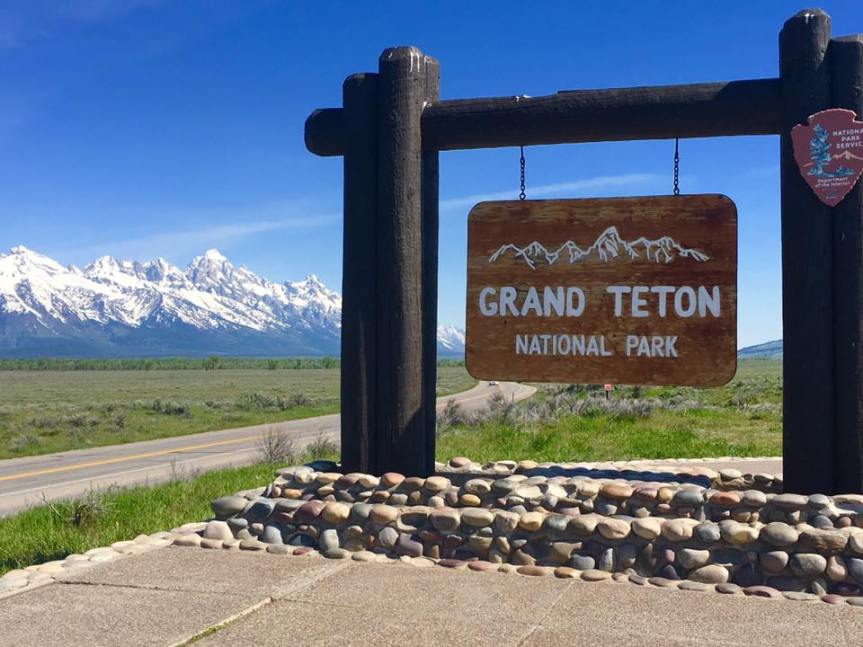 With the jagged snow-peaks of the Teton Range lay sprawling to our left.

This was a total change of scenery from what we have seen so far on our trip.

We took a scenic cruise on Jenny Lake, named after the Shonshone Indian woman who married Richard “Beaver Dick” Leigh – an English man influential in Yellowstone and Jackson Hole, Wyoming. 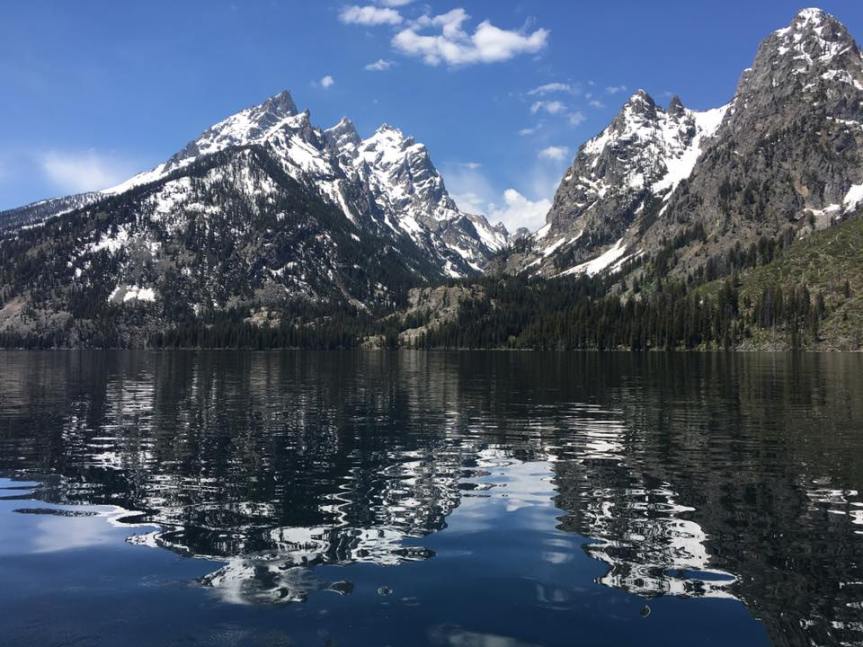 Grand Teton is the tallest peak among les trois tétons (the three teats) – a name given by French trappers at the time. 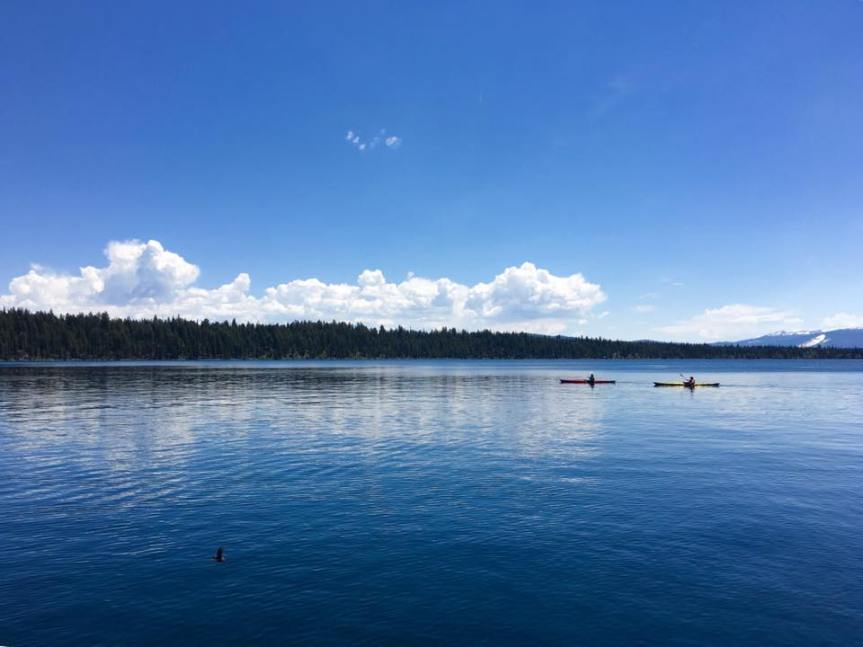 The ranger delivered a talk on the history and geology of the region.

And pointed out an osprey nest where the mother flew back and forth busy feeding her chicks. 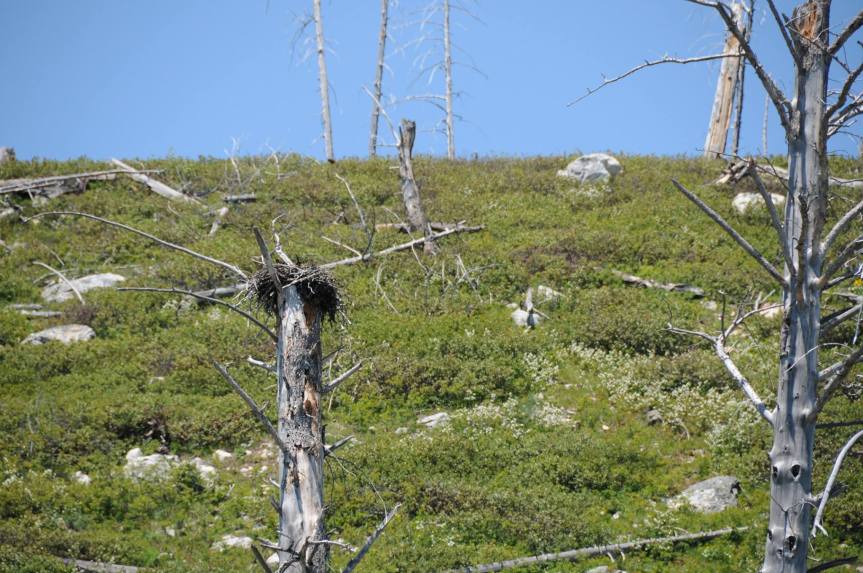 The air was crisp clean and the water pristine.

We popped into a mountain chapel – built in 1937, entirely out of wooden logs. The most recent renovation added a beautiful stained glass. It was funded by a New York and Wyoming family in memory of the victims of the 9/11 terrorist attacks. 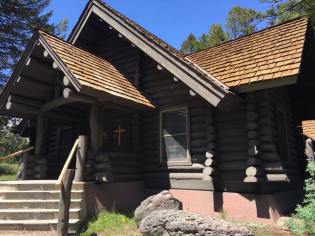 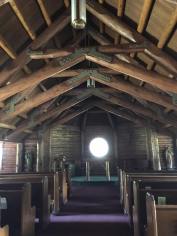 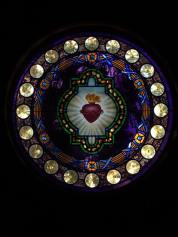 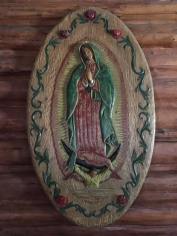 “We welcome all to the Chapel of the Sacred Heart” – says a plague on its door. It’s a place of natural and simplistic beauty perfect for a silent prayer,

After making a quick photo stop at the Jackson Lake Dam,

we exited the park through the Moran entrance and happened upon our first sighting of a bison herd.

Further along the road, we got a closer look when they hoofed parallel to our car, waiting to cross the road. 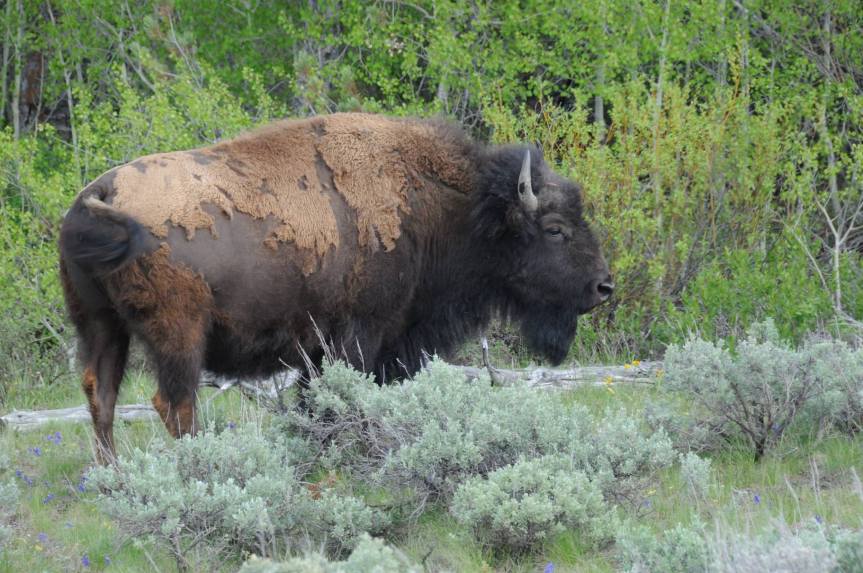 Back in town, my Australian friends decided to have Mexican for dinner, while the carnivore in me craved the best burger in Jackson Hole. 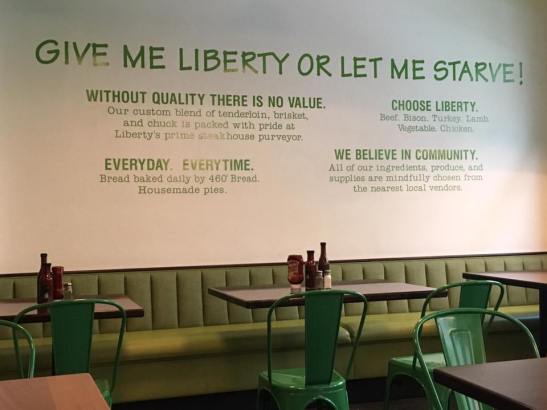 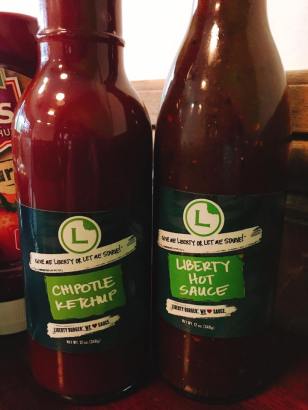 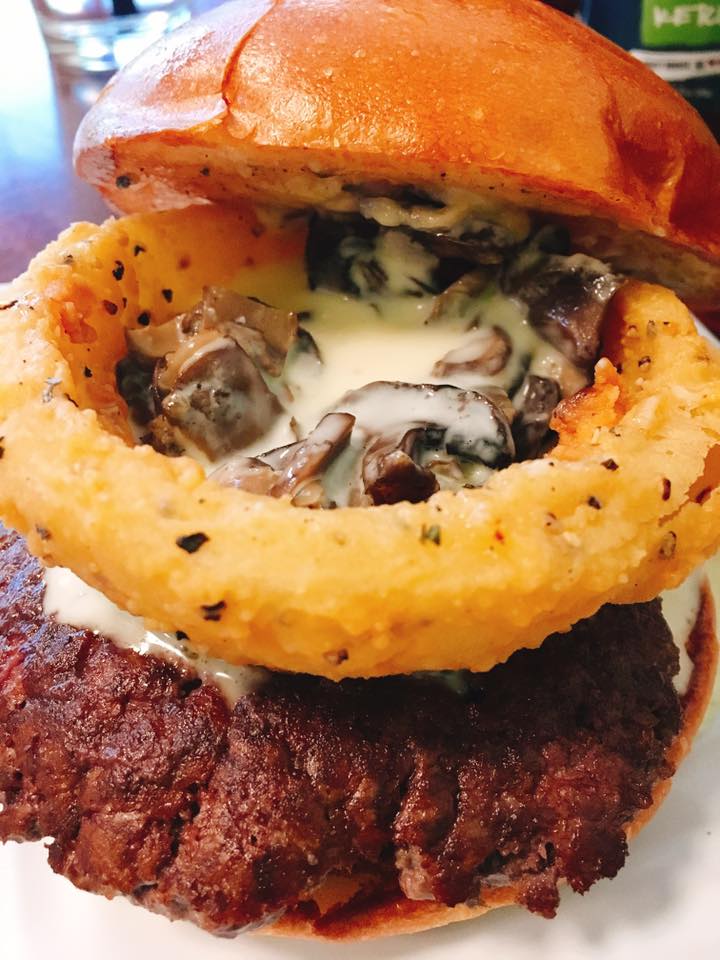 Bella burger this juicy one is called. And the Chipotle ketchup is souvenir-worthy.

So here we were, back in the park, keeping our eyes wide open for wildlife. 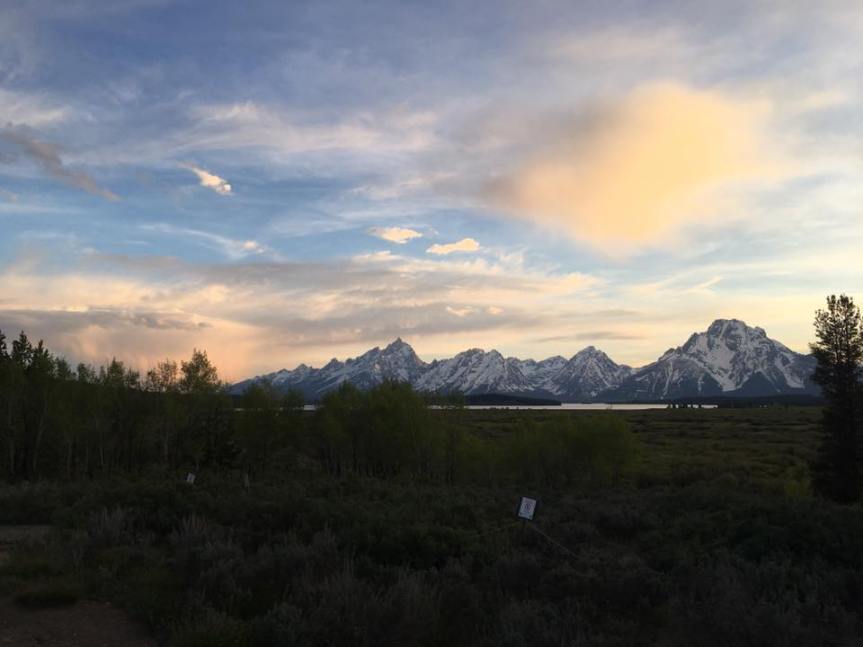 We drove till sunset at approximately 8:45PM. But we did not find a single moose, neither a bear nor a beaver – There were a couple of bald eagle perched on high trees at Oxbow Bend and flocks of Canada Geese. At Colter Bay Village, we met a couple who told us that they spotted a moose feeding around the area about 10 minutes ago and they also saw a mother bear with her cub crossing the road.

At nightfall, we went back to our hotel, turned in, wishing for a better luck the next day. Will we see a moose or any wildlife at Grand Teton?