One of the benefits of visiting Yellowstone National Park in the spring is the possibility of seeing red dogs.

Red dogs are not dogs. They are bison calves – born from late March through May each year. They are called red dogs because of their miniature body (compared to a full-grown bison) and orange-red color.

Red dogs can walk within a few hours after birth and stay with their mothers, as part of a large herd – such as this one hanging about between West Entrance and Madison Junction.

With the newborns, the predators are never far and away. (In this video, you can hear a pack of coyotes yipping in the background).

This was our second day in Yellowstone National Park and we had a lot of ground to cover. So let’s get started.

This 0.6-mile boardwalk provides a sneak preview into some of Yellowstone’s hydro-thermal features attributing to the park’s volcanic origins.

Lodgepole Pine trees – elsewhere they would have grown into a forest, but here they turned lifeless when the nearby hot springs shifted its course.

The spring is named after the silica-rich sinter lining its bottom. 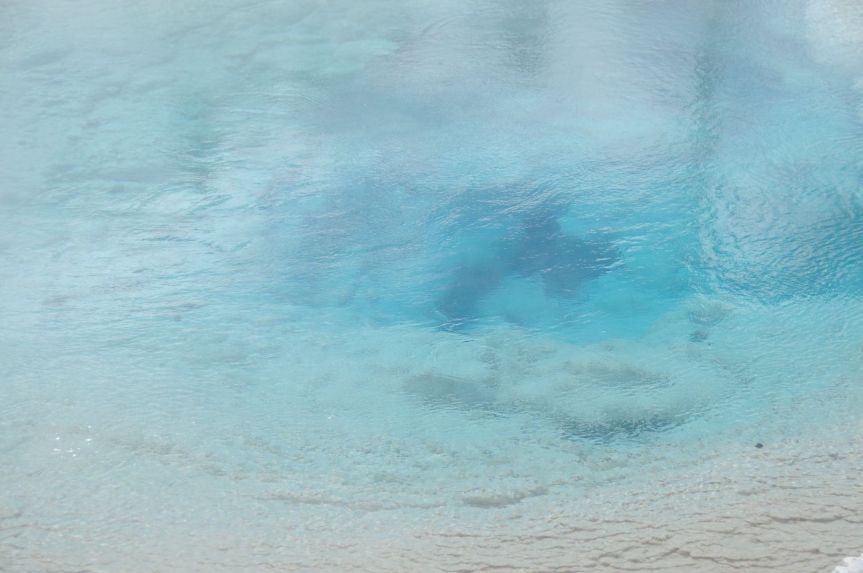 Silex Spring overflows most of the year. 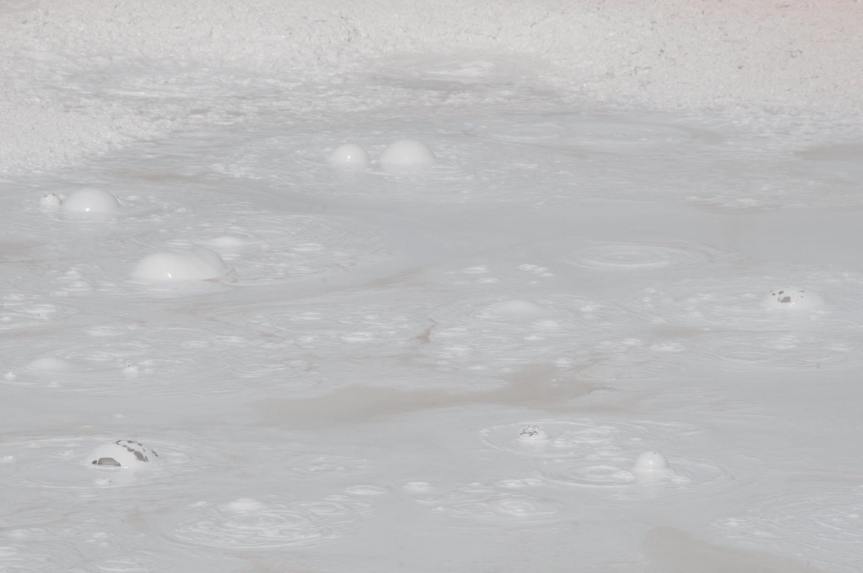 In a nutshell – Heat-loving Thermophiles consume gas and convert them into sulfuric acid. The acid breaks down rocks into clays, which, when mixed with water from rain and snow, becomes mudpots.

Leather Pool is named after the leather-like brown color bacteria surrounding the pool – The green, brown, and orange mats are cyanobacteria, which can live in waters as hot as 167 F (73 C). They become orange, rust, or brown as the water cools.

Red Spouter did not exist until August 17th, 1959, when a major earthquake rocked Hebgen Lake, Montana – 25 miles northwest of Yellowstone. Jolts rippled through the park. Red Spouter was born.

Red Spouter exhibits the behavior of hot spring, mudpot and fumarole, at different time of the year. In spring, fed by snow melt, Red Spouter splashes red colored muddy spring (hot spring). In late summer, as the water level drops, it spits and splatters thick mud (mudpot). In the fall, when the pool finally dries out, Red Spouter becomes a steam vent (a hissing fumarole).

Clepsydra Geyser splashes from several vents and its steam can be seen throughout the Lower Geyser Basin.

Its name is Greek for water clock, and was given because the geyser used to erupt regularly every three minutes. Since the 1959 Hebgen earthquake, however, Clepsydra erupts almost non-stop.

I hope you enjoy the images and videos from the Lower Geyser Basin. The videos are best enjoyed at low volume, except for the one from the Fountain Paint Pot, in which case, you might be able to hear the mud pop.

As promised, here is the recipe for Fountain Paint Pot (Provided by U.S. National Park Service).

Next up: Midway Geyser Basin and the magnificent Grand Prismatic Spring.