In Kyoto we stayed at a ryokan. It wasn’t one of those fancy schmancy places, but it does offer breakfast for the additional cost of 2000 yen. I like Japanese breakfast and would never pass an opportunity to try one.

The meal was filling. The cost, however, is a bit steep, considering the ingredients. Let’s just say that I’ve had better breakfast elsewhere in Japan.

My parents went to the Lawson store across the street and got themselves Onigiri, fresh steamed buns and a bowl of miso soup for less than 800 yen. Smart couple!

With our tummies full, we set out to Kiyomizudera. 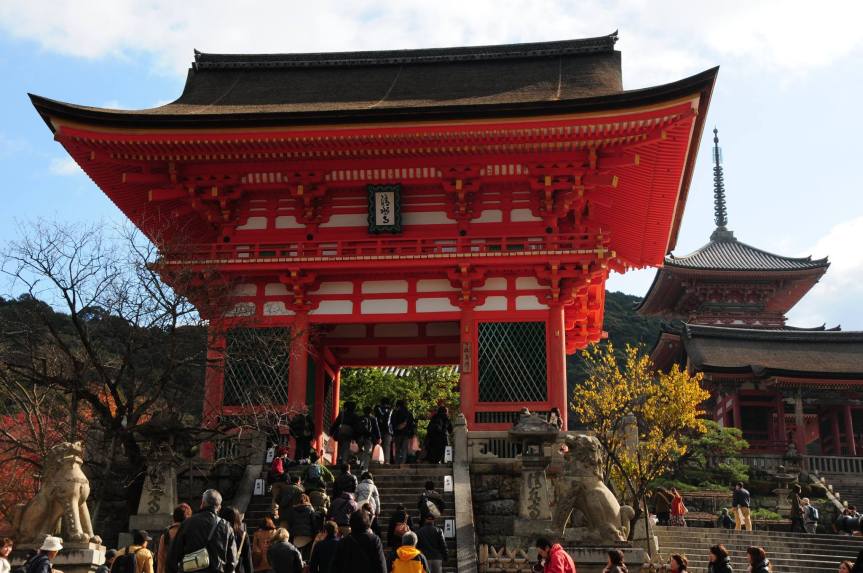 This popular temple is never shy of people, not even when its 400 year old main hall is under construction.

But of course this was no ordinary time. 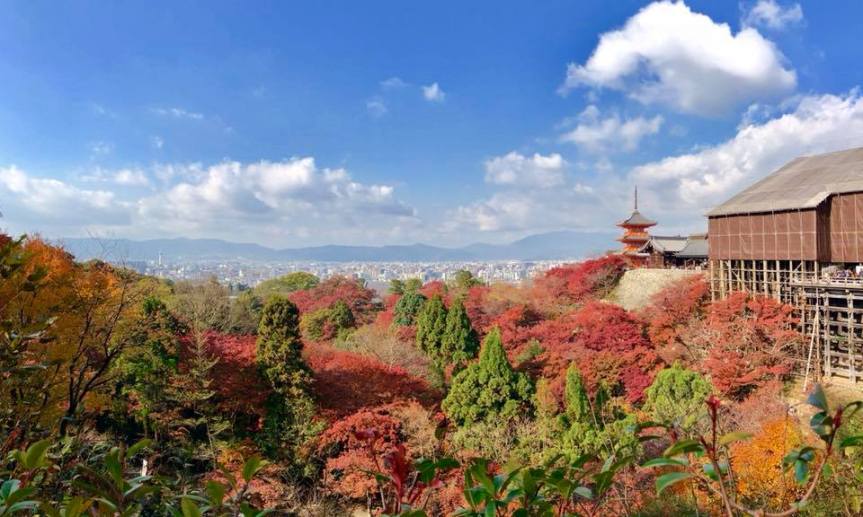 Not when the colours 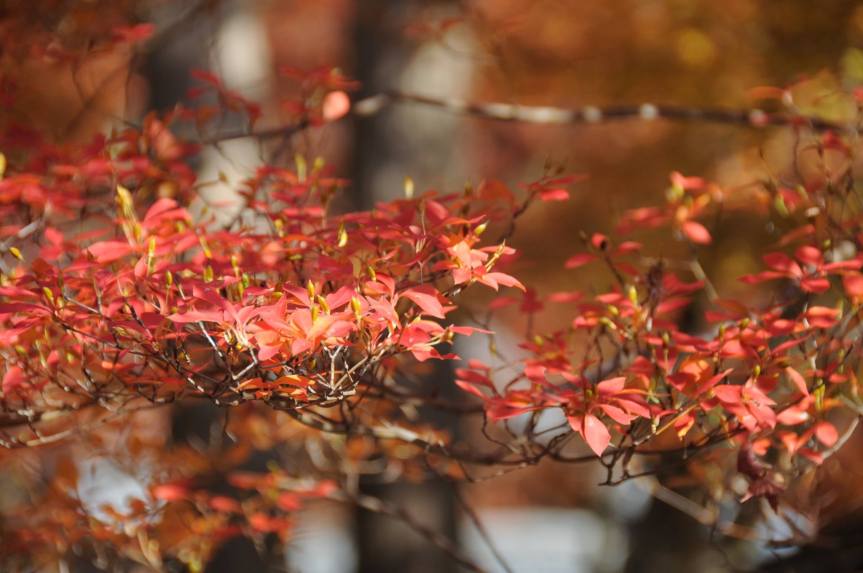 were at their prime!

If there was one thing I’ve learned from day one, it was to research lunch options before heading out. That’s why we ended up at this bustling restaurant and ordered their Japanese Black Wagyu Beef cutlet set lunch. 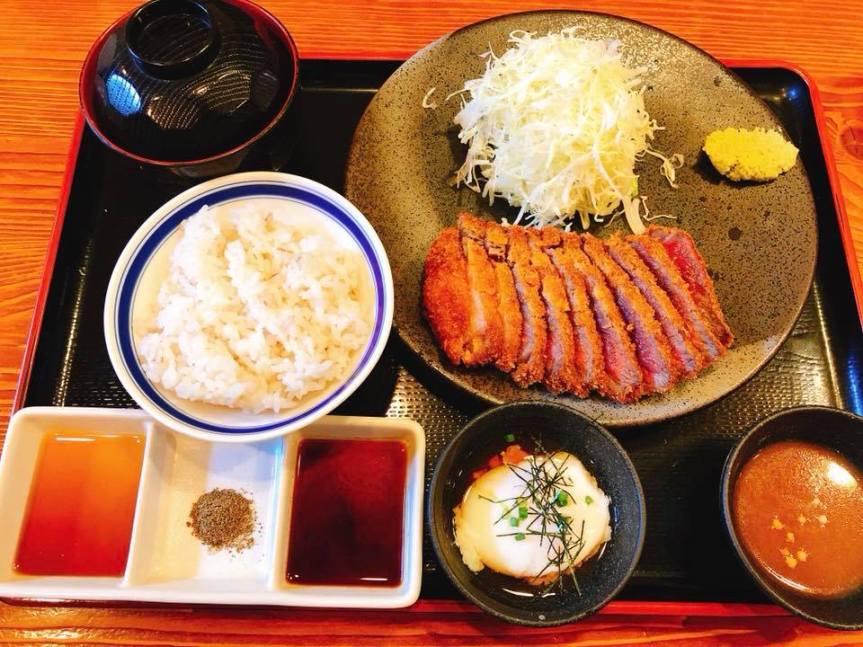 Did you know that there are six steps to enjoy these high quality beef cutlets – first with wasabi soy sauce; second with Japanese Sansho pepper and salt; third with the Worcestershire sauce; fourth in a Japanese curry broth; fifth (and the most intriguing) in soft-boiled egg;

Finally, pour the remaining curry sauce and soft-boiled egg on top of rice and meat and eat up. Evidently this was a much more satisfying meal than what we had the previous day.

After lunch, we meandered about the neighbourhood. 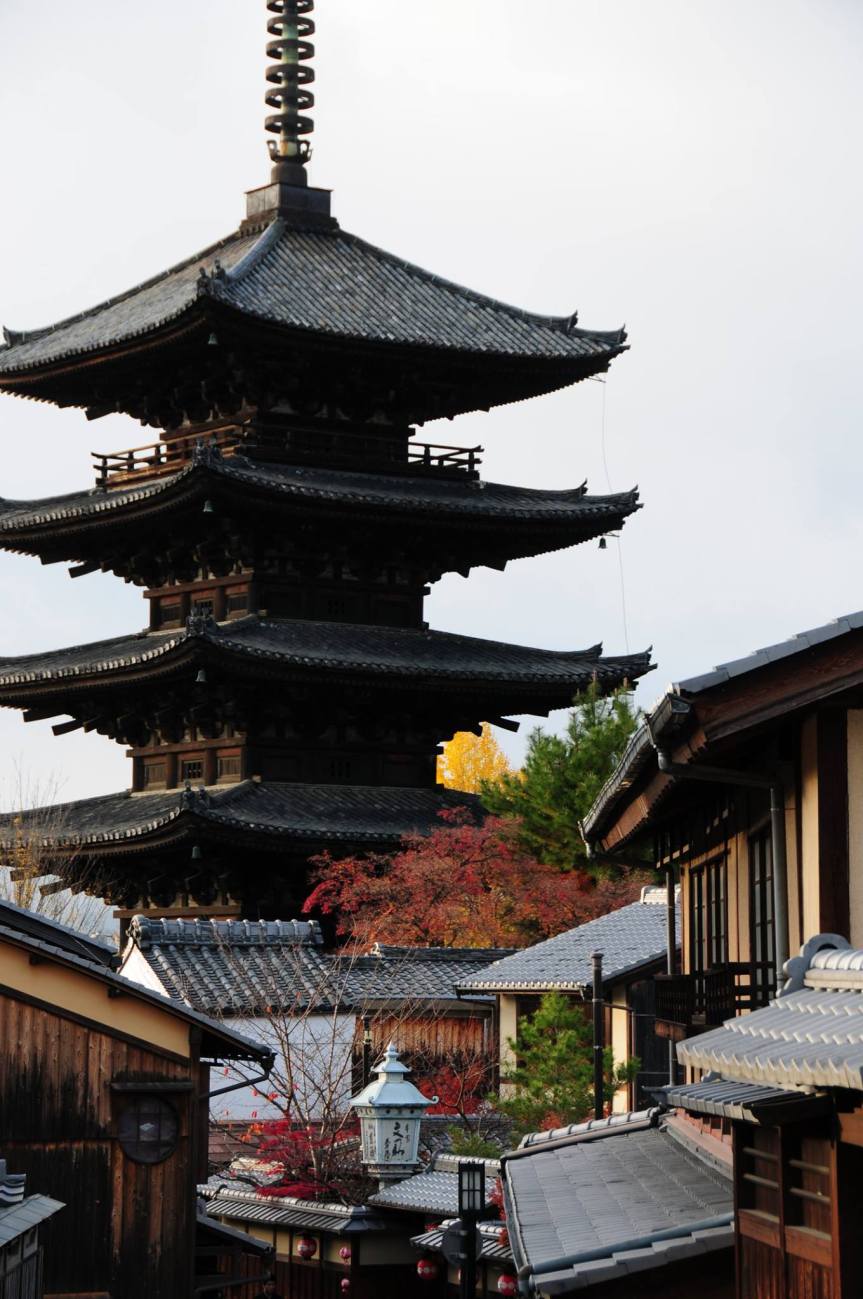 In Yasaka Koshindo, we saw dozens of young Japanese tying up colourful Kukurizarus – a ball shaped cloth talisman representing control of one’s inner desire – and taking selfies with them. Their smiles and giggles were infectious!

Near the Yasaka Pagoda, we spotted a Japanese couple holding hands and having their pictures taken by a professional photographer.

More photo sessions were in place, next to a winding lane lined with old houses.

This must be one of Kyoto’s most photogenic neighbourhoods!

For dinner, we wanted something simple. So we had Nishin soba (soba topped with braised herring, a Kyoto specialty) and the seasonal oyster soba (in a fragrant yuzu dashi broth) at the restaurant a stone’s throw from our ryokan. 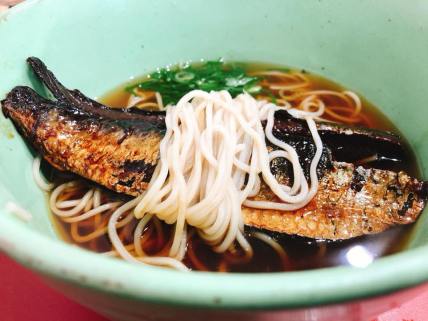 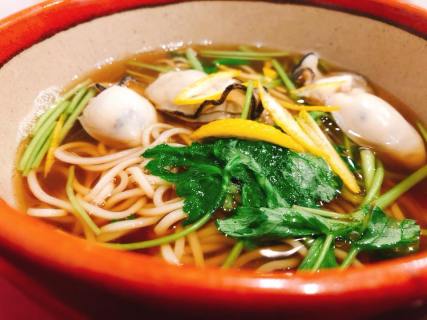 This concludes our second day in Kyoto. More to come.