I would not have visited the Kyoto Imperial Palace if not for my dad, who on the morning of day 3 insisted that he must visit a royal palace during his time in Japan. So we did. 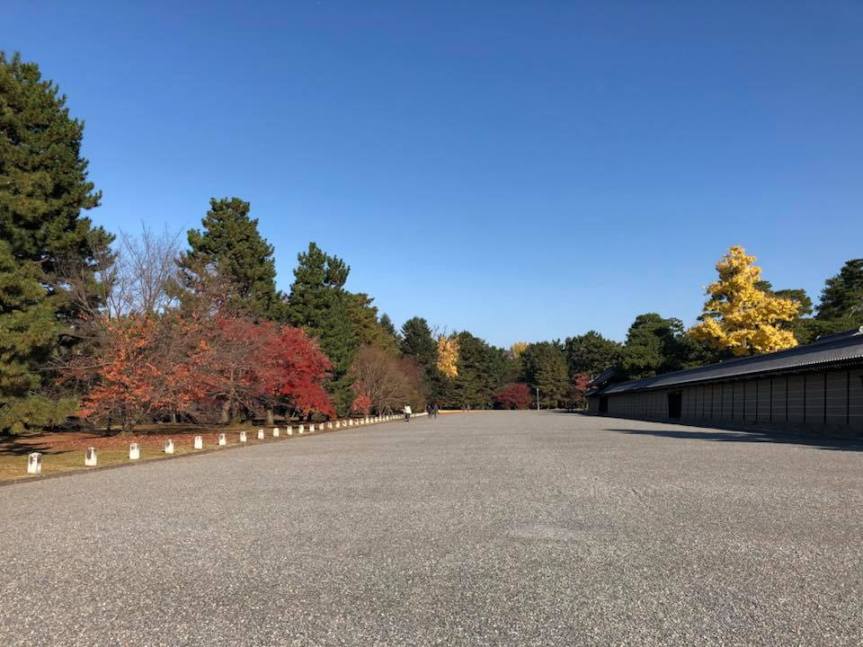 Now Imagine yourself a dignitary from the Heian Period, you enter the palace through this gate 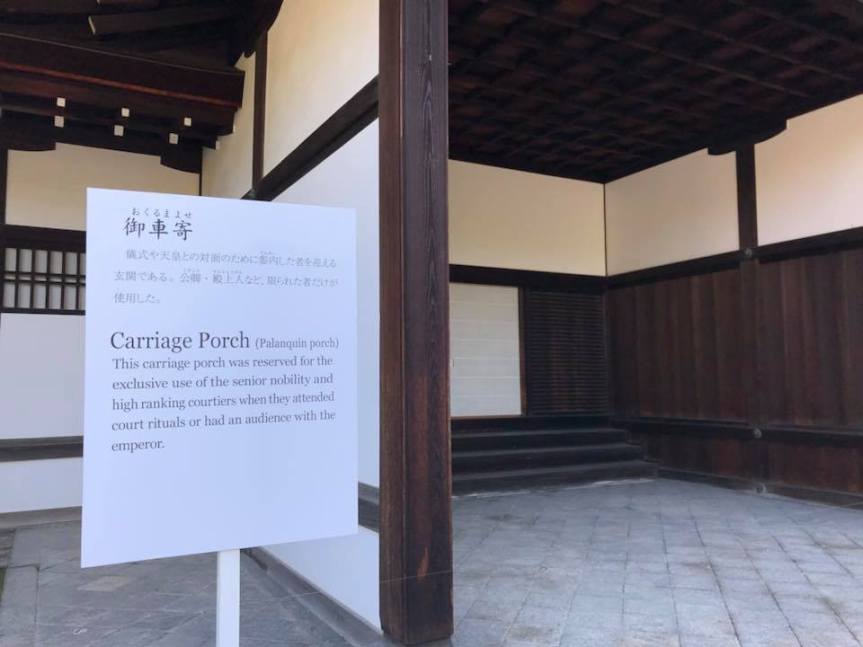 And stride directly into one of the designated waiting rooms. 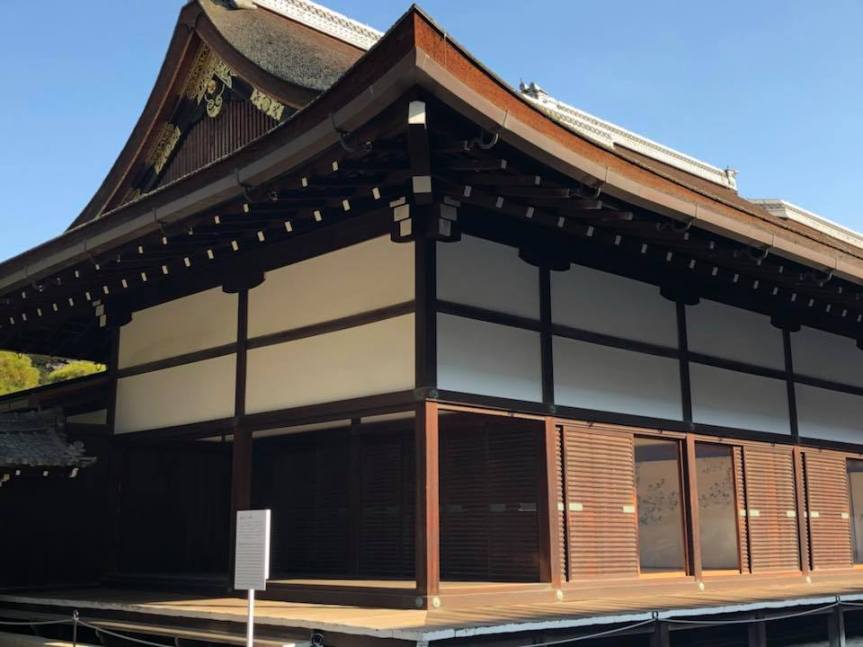 Depending on your rank, you may end up in either the Room of the Tigers or the Room of the Cranes, named after the paintings (shown below) that adorn its sliding door. The low ranking officials, whose carriage is not allowed into the palace ground, enter the Room of the Cherry Trees via the stepping stones to the left of the building. 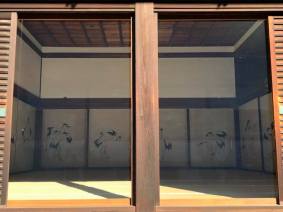 The Emperor visits the palace through the Kenshunmon. A new carriage porch was built in 1915 to accommodate the arrival of the Taisho Emperor in a horse-drawn carriage instead of being carried in traditional palanquin.

The Emperor’s throne stands on a black lacquered platform surrounded by red lacquered balustrades, under and octangular canopy supported by eight columns. There is one large and eight small phoenixes adorning the canopy.  The Emperess’ throne is similar to the Emperor’s, except that it is ten percent smaller in size. 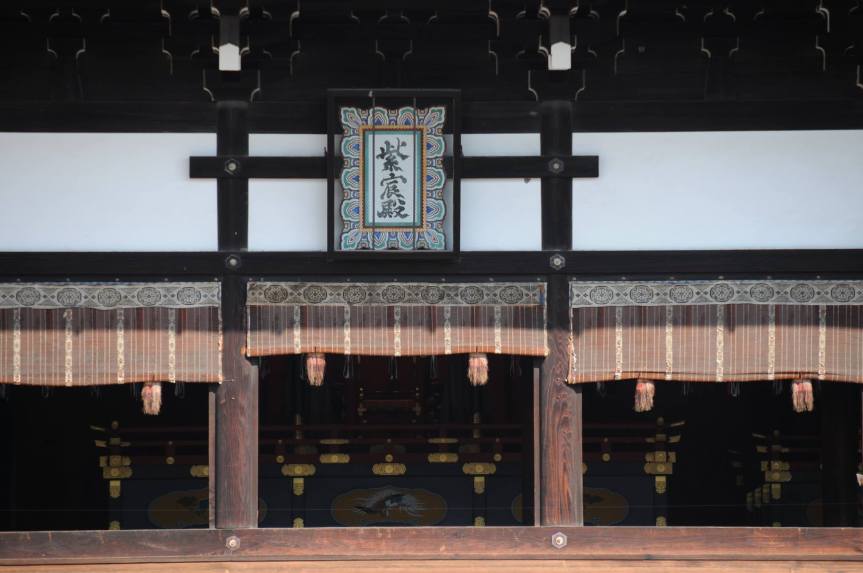 Traditionally the Empress enters the palace through her own designated gate, unless she’s accompanying the Emperor. 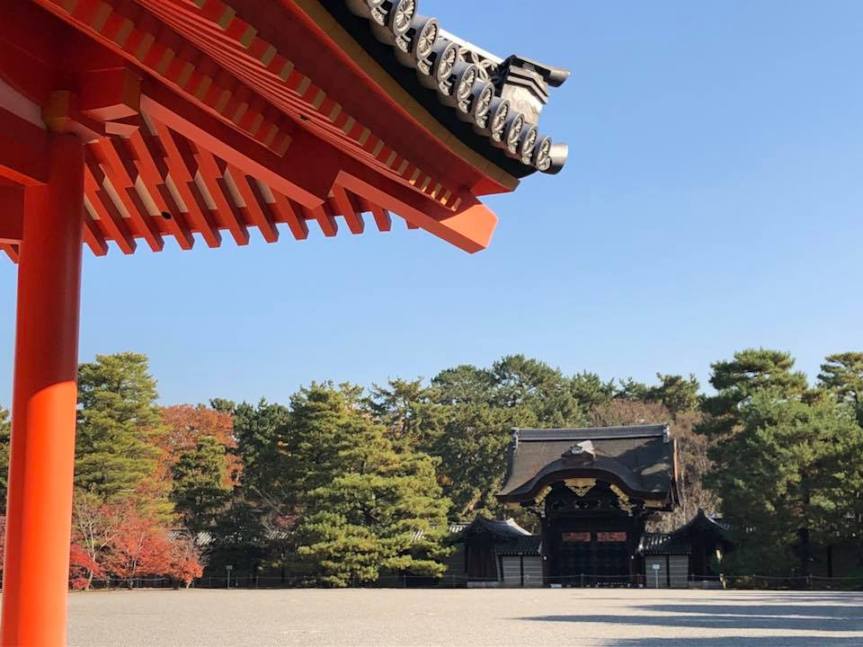 Shishinden’s roof is made of layers and layers of Japanese Cypress barks painstakingly glued together. 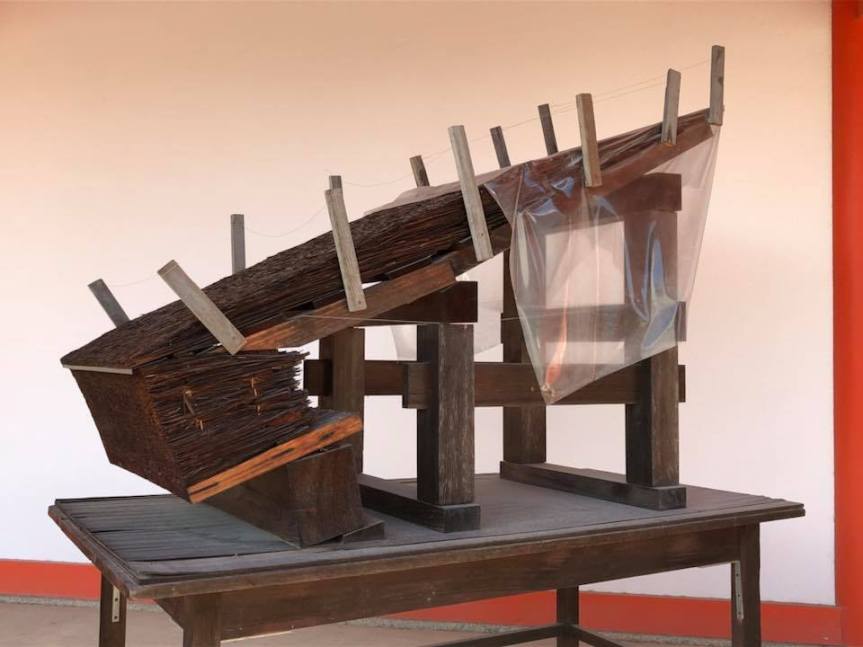 Chrysanthemum is the official emblem of the Emperor of Japan and members of the Imperial Family. You can find this flower pattern everywhere in the palace.

Seiryoden was built to stand the summer heat.

Its elevated floorings and surrounding water ways help to keep the air cool, while thick tatami mats were installed so that the Emperors can sleep at night unperturbed by rats (yes, you heard that right) running around.

The palace also comes with a neatly-designed and well-manicured garden, where a small hut stands, serving as a refuge for the imperial family during earthquakes.

It was there that we found a lone maple tree so vibrant and intense in colour. 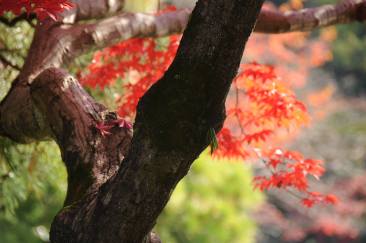 After the palace visit, we took the cab to Ginkakuji.

On the way there, I spotted a shop serving matcha vanilla ice cream with mochi balls and azuki beans. 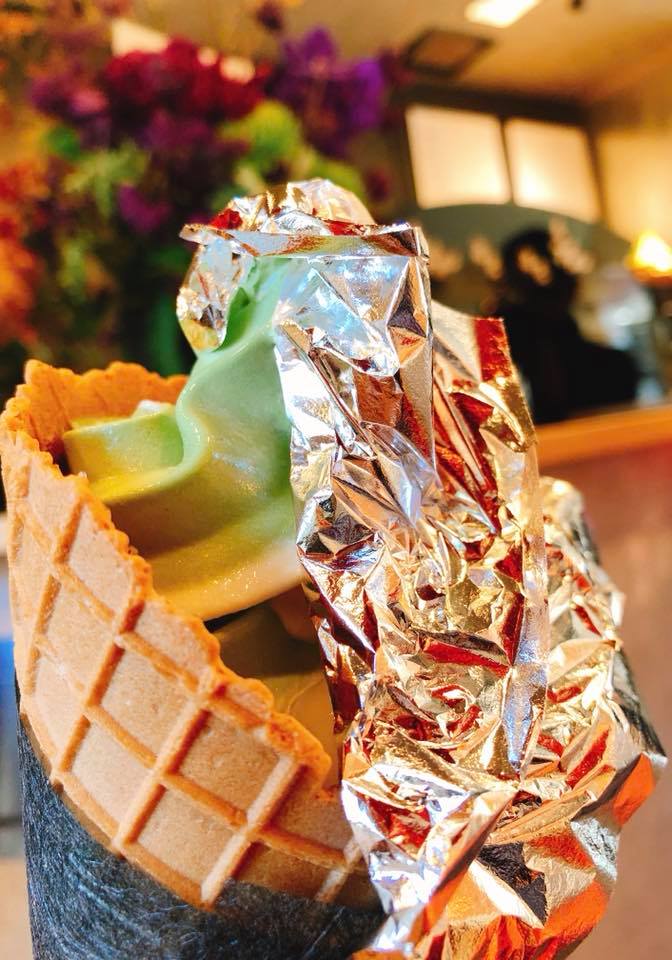 My heart skipped a beat and I had to have it! The silver leaf did not add much to the flavor but the ice cream ensemble was delectable.

Ginkakuji was exactly as I remembered five years ago.

So I didn’t take much photos.

After which we walked along the Philosopher’s Path 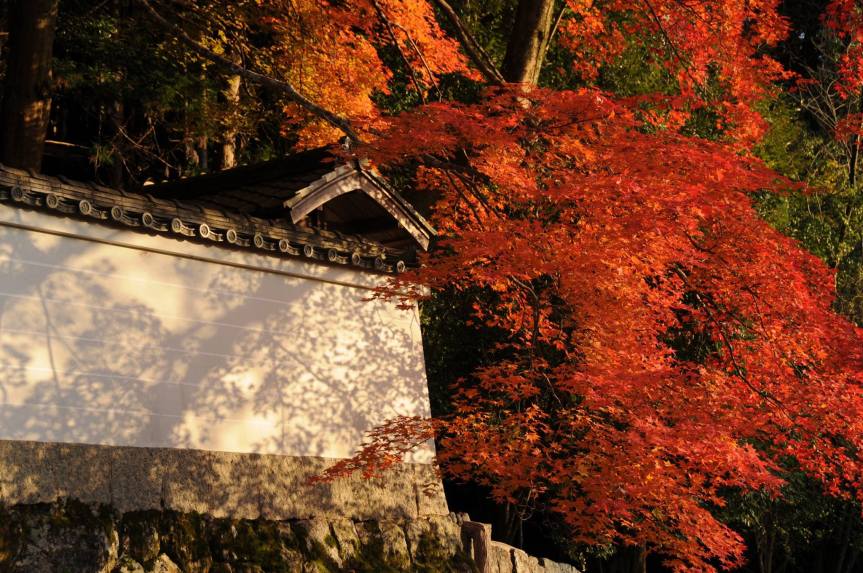 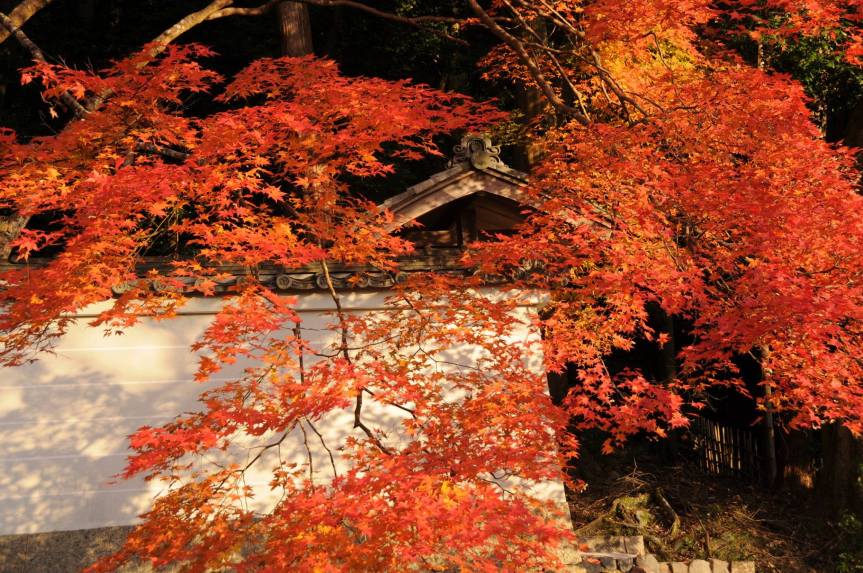 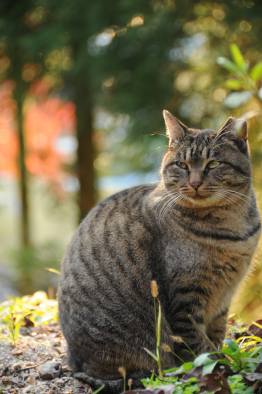 And a blue heron bathing on the roof right before sunset.

This concludes on third day in Kyoto. More to come.