“It was a beautiful summer morning. Silver gleamed in the windows of the gold and silver smith, and the light that fell obliquely on the cathedral shimmered in the cracks of the grey stones. A flock of birds circled in the blue sky around the trefoils pinnacle turrets.” 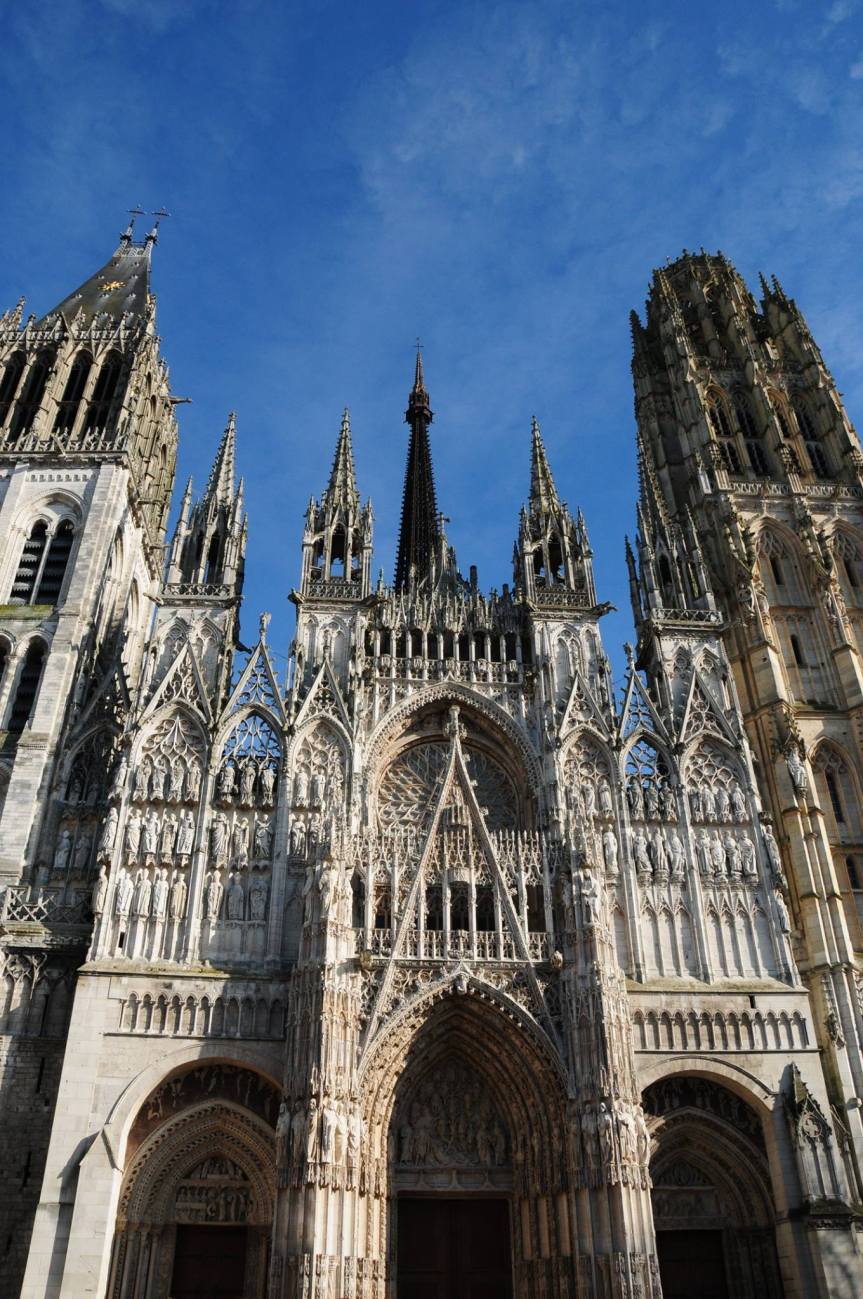 “The square, echoing with cries, smelled of the flowers that bordered its pavements.” 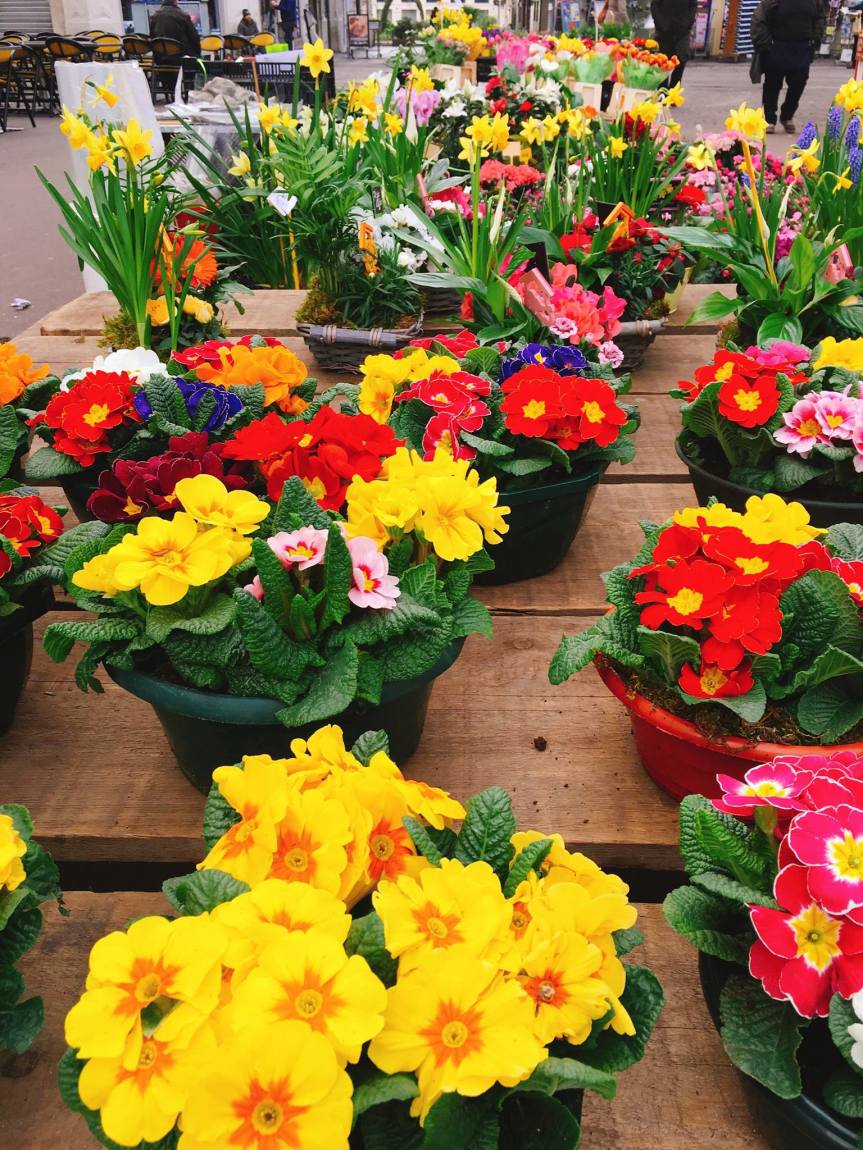 “The nave was mirrored in the brimming holy-water basins, along with the lower parts of the ogives and some portions of the stained glass. But the reflections of the images breaking at the marble rims, continued beyond, over the flagstones, like a gaudy carpet. The broad daylight of the outdoors extended into the church in three enormous beams through the three open portals.” 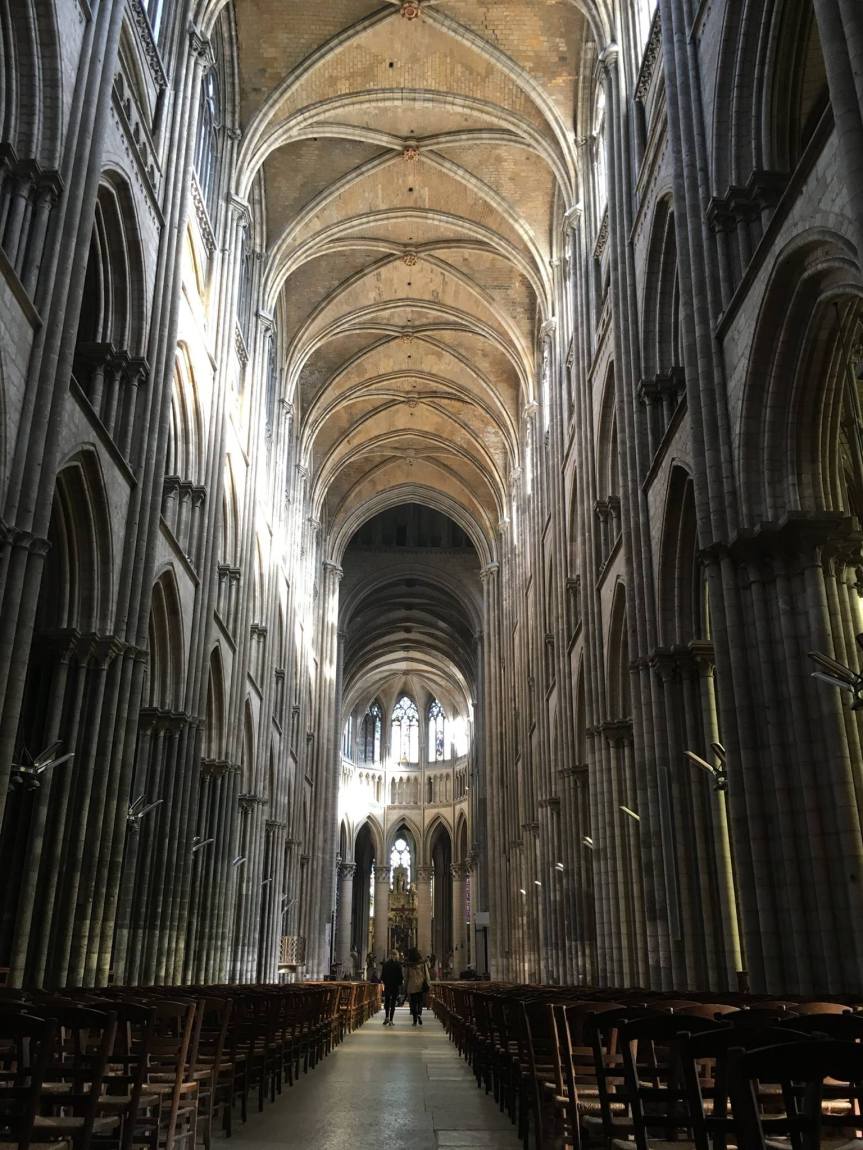 “The crystal chandeliers hung motionless. In the choir, a silver lamp was burning; and the the side chapels, from the darker parts of the church, there sometimes issued a sort of effluence of sighs, along with the sound of a grille closing, sending its echo up under the lofty vaults.”

“Yet still she did not come. He took a seat and his eyes happened upon a blue window that shows boatmen carrying baskets……”

The famous cathedral is Notre-Dame de Rouen. Its gothic façade was the subject of nearly thirty Claude Monet’s paintings. 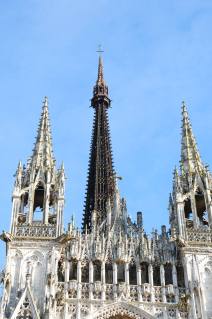 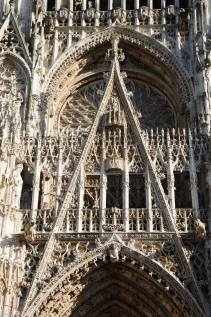 We did not spend more than 24 hours in Rouen.

It was a beautiful Saturday afternoon in early spring. With certain gaiety in the air, everybody in Rouen was out and about.

we happened upon this woman with her Bernese Mountain dog

She, dressed fashionably with her three-inch heels; He/she, made every effort to drag her into each store along the way.

It was well past the lunch hour. We snacked on ice creams, saving our appetite

for a grand dinner at Gill – a Michelin two-star restaurant helmed by chef Gill Tournadre.

Our reservation was at 7:30. Punctually, we were the first to arrive. The exterior of the restaurant was nondescript, but the ambiance inside was warm and welcoming.

We ordered the seven-course tasting menu. The Gougère with truffle was delectable.

The salmon tartar was creamy and flavorful.

I didn’t care much about the black truffle, but the amazing foie gras and its sauce made up for it.

Chef Tournadre is fascinated about Japan, where he travels every year. The use of shiso in the lobster taco pays homage to his beloved foreign country.

One thing I love about Gill was that the cooking did not muddle the true taste of an ingredient, instead, it seek to highlight it. Take John Dory in Thai flavored broth for instance, the coconut lemongrass flavored broth helped to bring out the sweetness of the fish, making it more pronounced – the freshness of the sea.

We were almost full by the time the veal file mignon arrived. We thought we would savor a few pieces, just to get a taste. But one morsel after another, it was gone before we knew it.

Next came the Cheese Cart

Having traveled through the Normandy region in the past week – sampling local specialty cheese, this was not something we wanted to miss.

With the help of our cute and friendly curator, we picked 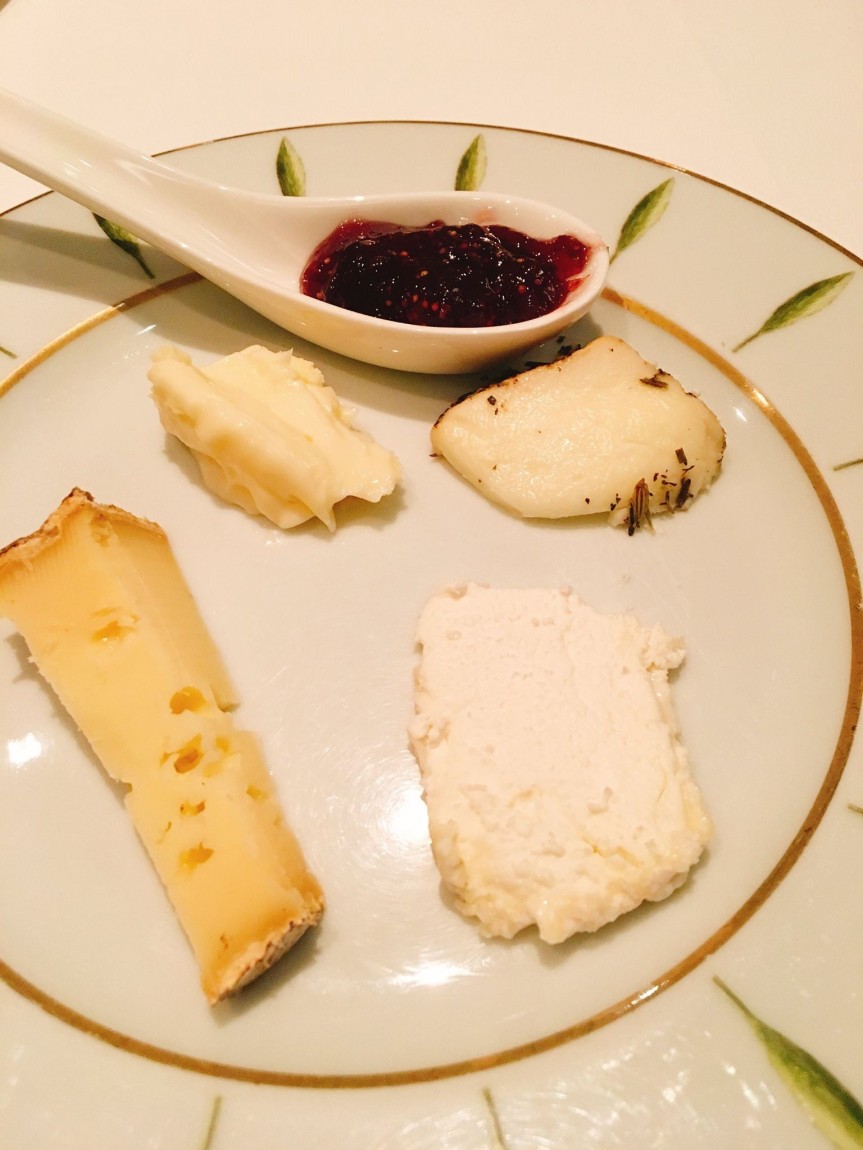 Moving on to desserts. My friend loved her pineapple coconut mousse. It reminded her of the sunny breezy Hawaiian Islands.

The mignadise was a no-frill medley of almond, pistachio, hazelnut and rhubarb.

But the Millefeuille a la minute was made to perfection! Layers and layers of paper thin pastry sheets melt in your mouth, leaving you with the tang of bourbon vanilla that lingered on…

till the next course

Both citrus-y and refreshing, it was the perfect way to end a meal. 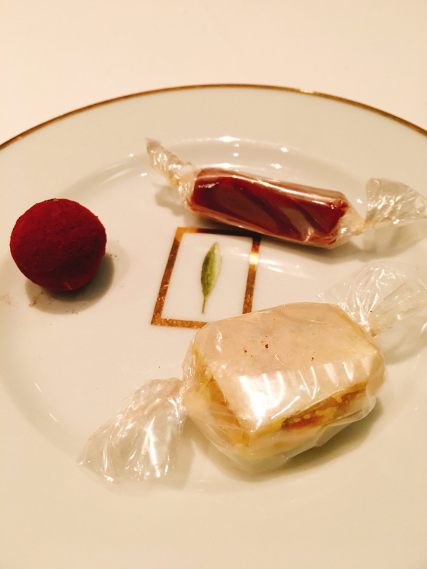 All in all, this was one of the loveliest dining experiences we’ve had in France. We appreciated the unpretentiousness of this Michelin two-star restaurant: the ambiance, the food, and the professionalism of its staff. We would go back for sure.

So this is Rouen – Gustav Flaubert’s birthplace, where the writer spent most of his life; where Joan of Arc was burned at a stake; where the fictional Madame Bovary gave in to the charming León thus began her downfall; And it was also here, in Restaurant La Couronne next to the old market, where Julia Child discovered “the most exciting meal of her life”.

Coming up next in the Travel section: Back to Paris.