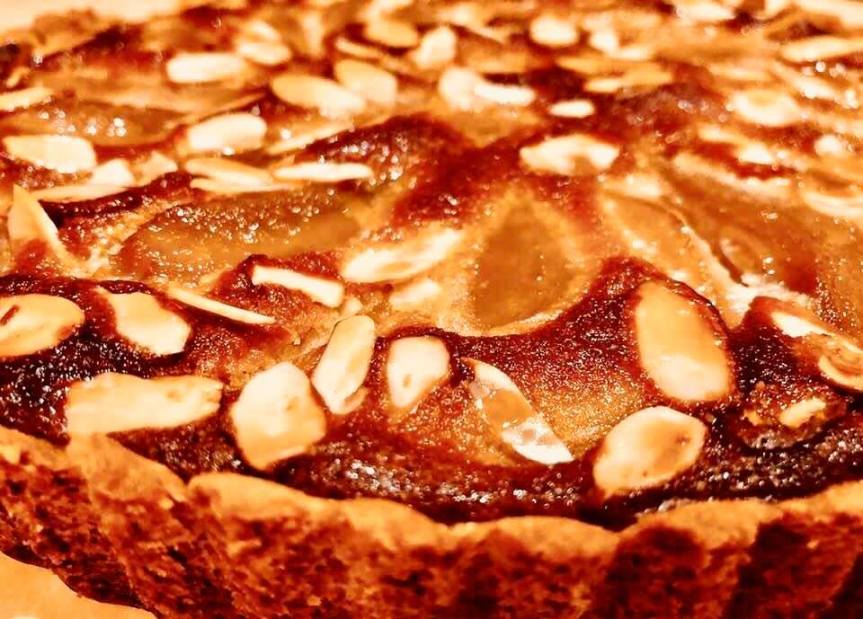 This delicious tart takes a little bit of planning, First you poach the pears, which is a no-brainer. Then you make the shell, add the toppings and bake it again, et voilà – a beautifully golden colored, nicely caramelized tart!

This recipe is adapted from the French Pear & Almond Tart Recipe by David Lebovitz, with modifications.

For the poached pears:

Instructions (for poaching the pears):

For the tart shell:

Instructions (for the tart shell):

Here I used the same tart shell from my Blueberry Tart Recipe. It is incredibly buttery and  crumbly.

Instructions (for the topping):

From the original recipe, I reduced the sugar in the poached pears and I did not add any sugar nor almond extract in the filling. This is because I used the same almond paste I used in my Almond Cake Recipe.  It is made with two types of organic almonds from Sicily (Palma Girgenti and Mandorla Cuore) which adds a delicate and profound flavor that stands well on its own.

Now would you care for a slice?