The iconic Dom Luis I bridge that links Porto to Vila Nova de Gaia was built in 1886 by Théophile Seyrig, a disciple of Gustav Eiffel. 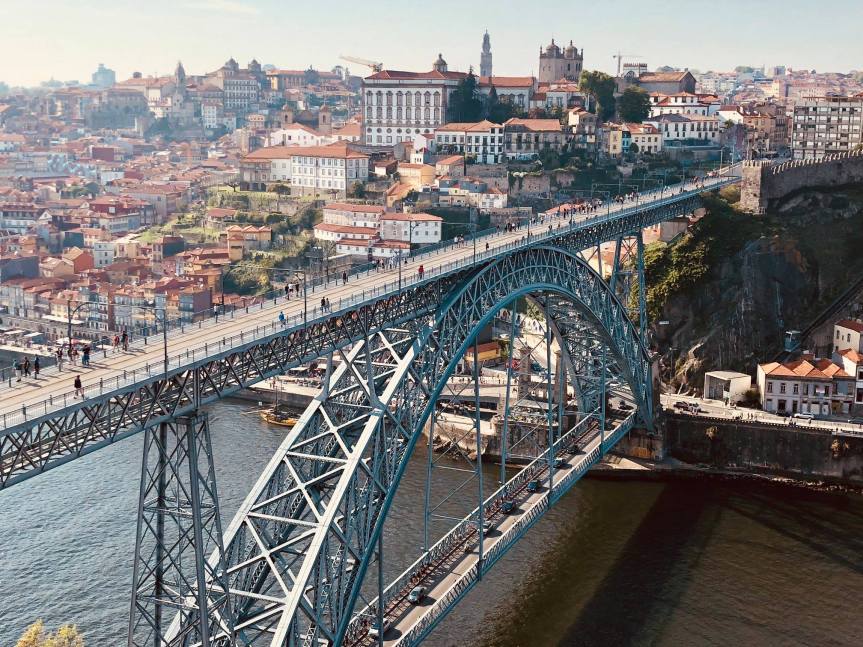 Located near the entrance of the lower deck is a series of contemporary tile panels named Ribeira Negra by artist Júlio Resende.

Inaugurated in 1987, the work composed of 40 panels, depicting life on the Ribeira.

Painted on a wall near the upper deck is a large mural titled Host by artist Federico Draw.

Situated opposite Porto across the River Douro is the city of Vila Nova de Gaia – known for its prolific port wine cellars and tasting rooms.

Up on a small mount overlooking the bridge, is the Saint Augustine Monastery of the Serra do Pilar. 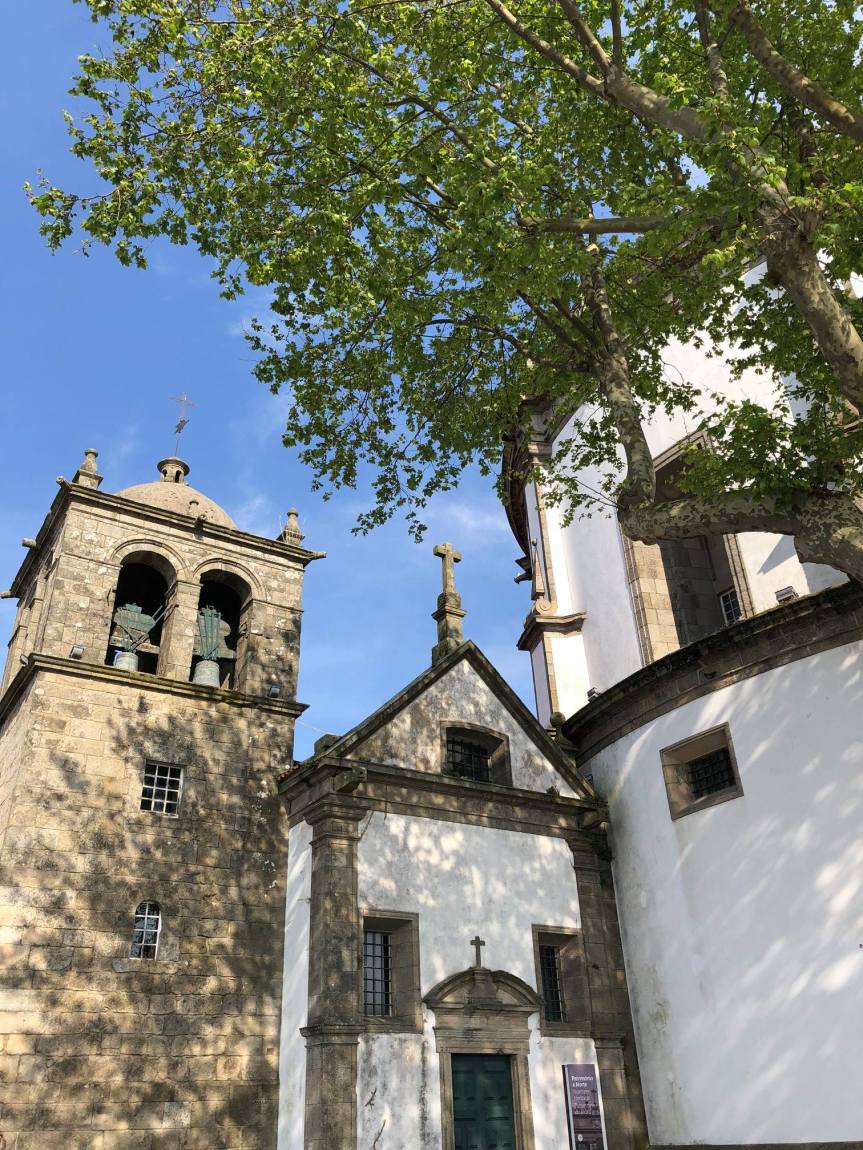 The terrace in front offers one of the best views of Porto, during sunset

or when dense fog pours in from the sea.

Once favoured by nobles and the bourgeois, Rua das Flores used to be one of the most important streets in Porto. The street is lined with magnificent manor houses

and Igreja da Misericórdia (the Church of Mercy). 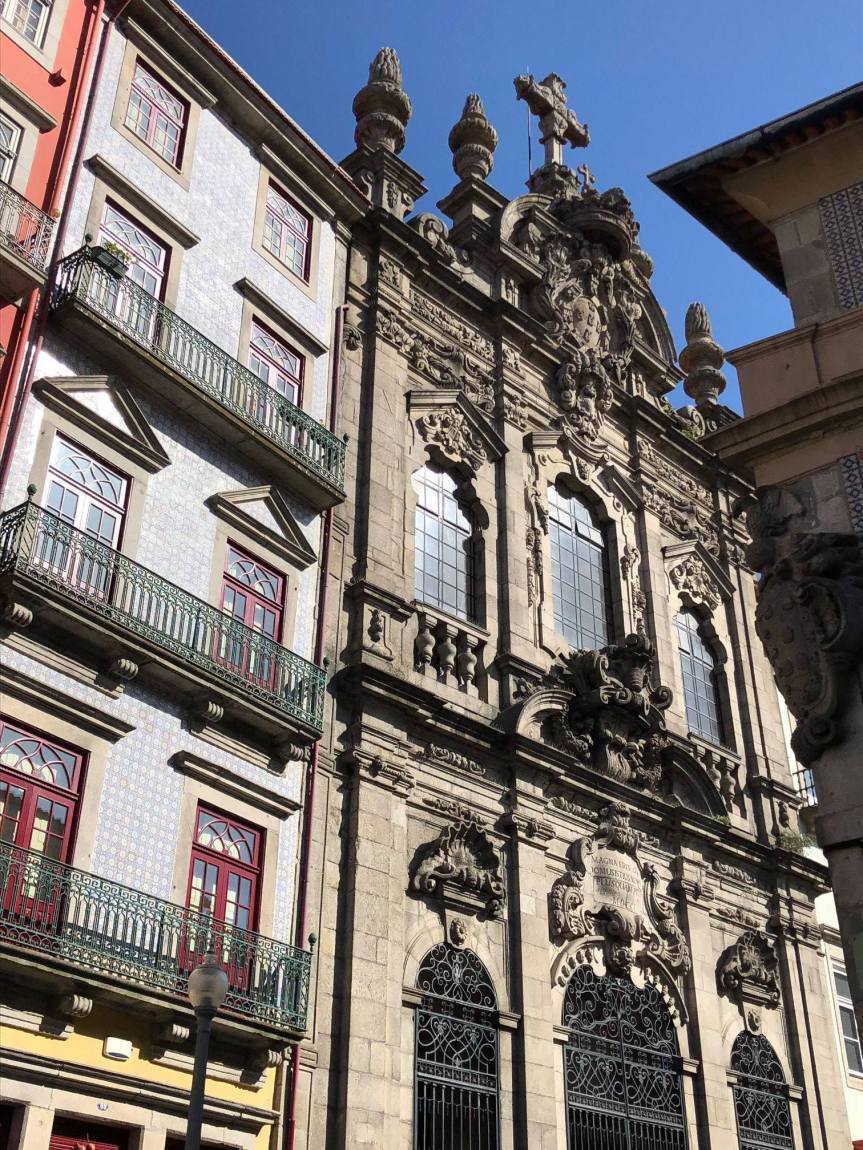 Walking down any streets in Porto, you are likely to encounter one of the following:

or dozing off under the bright afternoon sun

Murals right around the corner 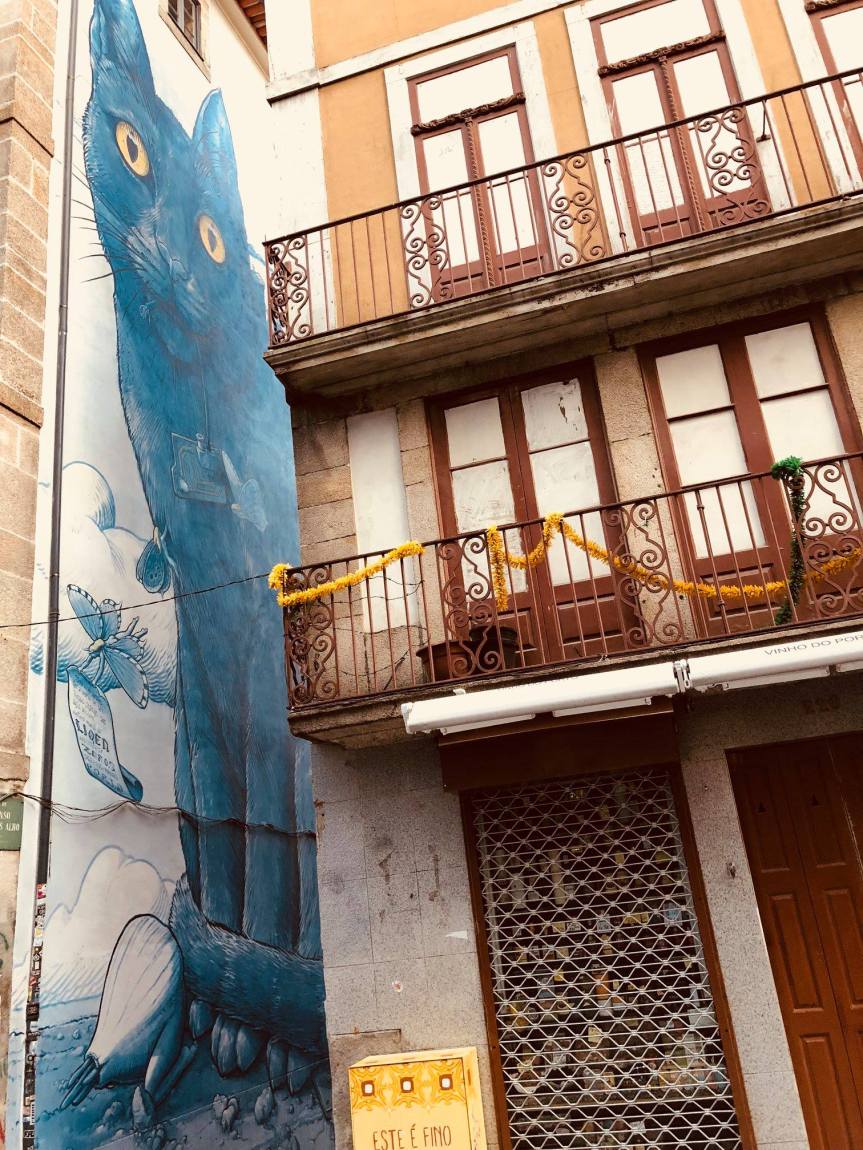 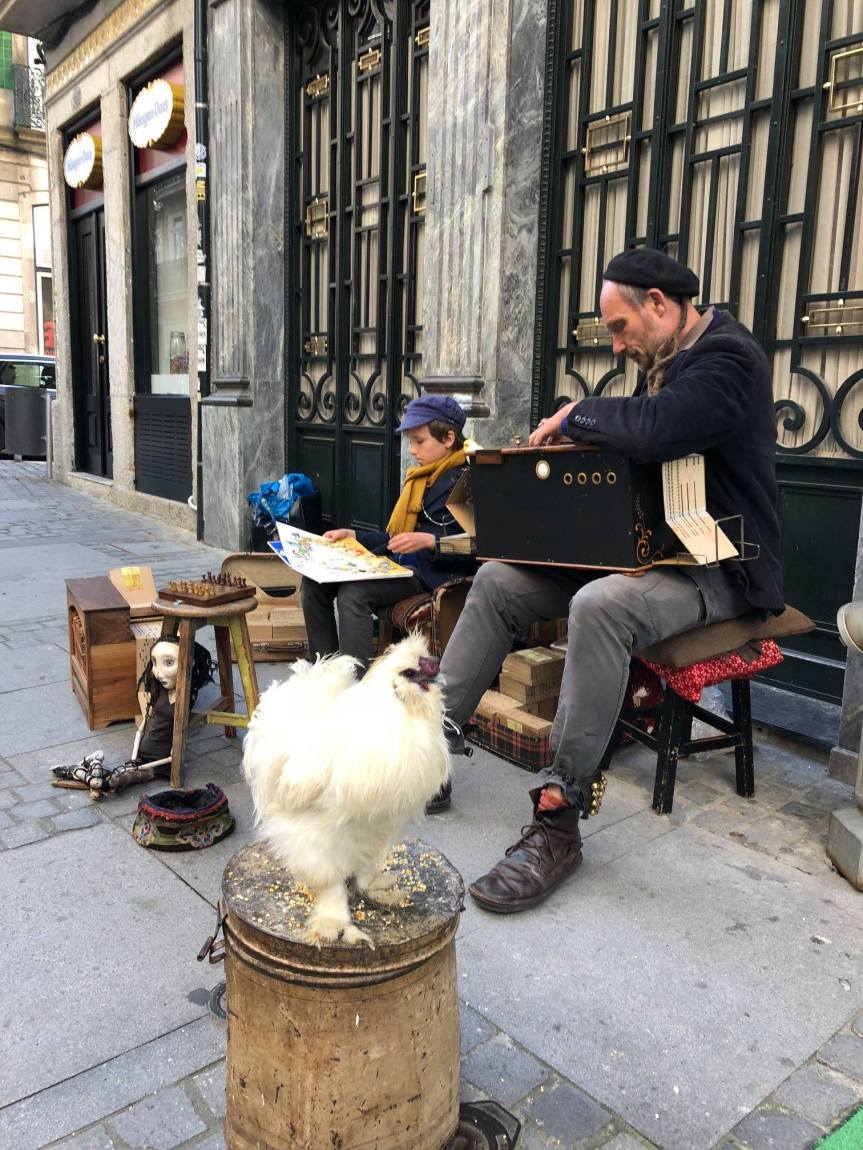 A rooster crowing incessantly in the middle of an afternoon

A little unusual, but who wouldn’t, when you are tied up next to…Chucky?

Wherever you go do remember to turn around, for sometimes the best view is right behind you.

People often mix up tapas with petiscos (we were one of them). Petiscos is Portuguese version of small plate. Compared to the “more popular” Spanish tapas, Petiscos is usually bigger in portion and heartier. The bustling Cantina 32 on no.32 Rua das Flores offers Petiscos

that include Portuguese sausage croquettes 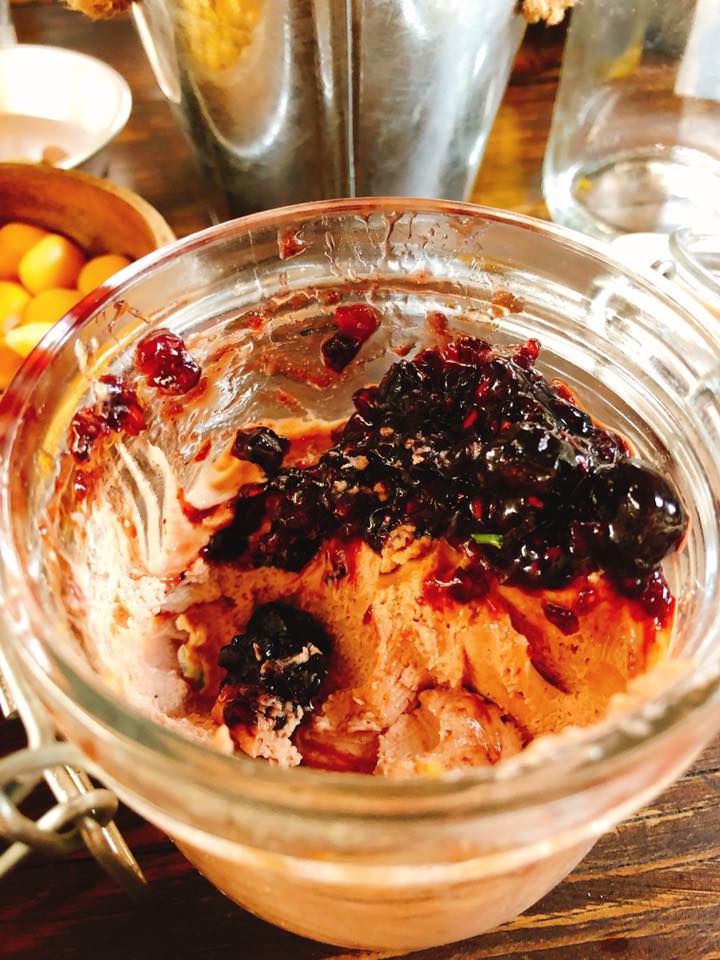 and a very interesting looking Cheesecake

Although the place could be crowded and touristy, the food is good and it opens on Mondays!

Coming up next in the Travel section: Antiqvvm Restaurant*, Porto, Portugal