Last month I went back to Beijing. While I was there working half of the time on a project, I did get to visit some of the sights around the city.

The morning after my arrival,  I took a stroll in the neighbourhood Yuyuantan Park 玉渊潭公园.

Known for its cherry blossoms in the spring, the park is beautiful in the foliage season.

Being there early in the morning also gave me an opportunity to witness the morning routines of the local residents. 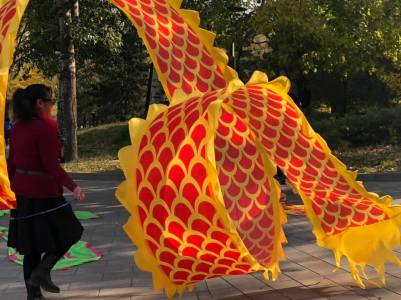 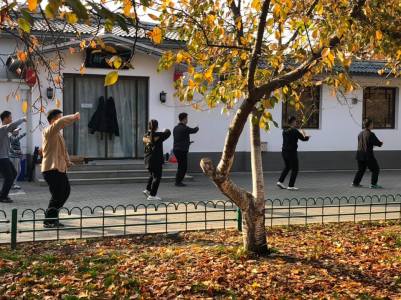 Right outside the east entrance of the Yuyuantan park is the famed Diaoyutai Ginkgo Avenue 钓鱼台银杏大道, where photographers gather to capture the brilliant colors of the ancient trees.

Autumn is the perfect time to see chrysanthemums in full bloom. 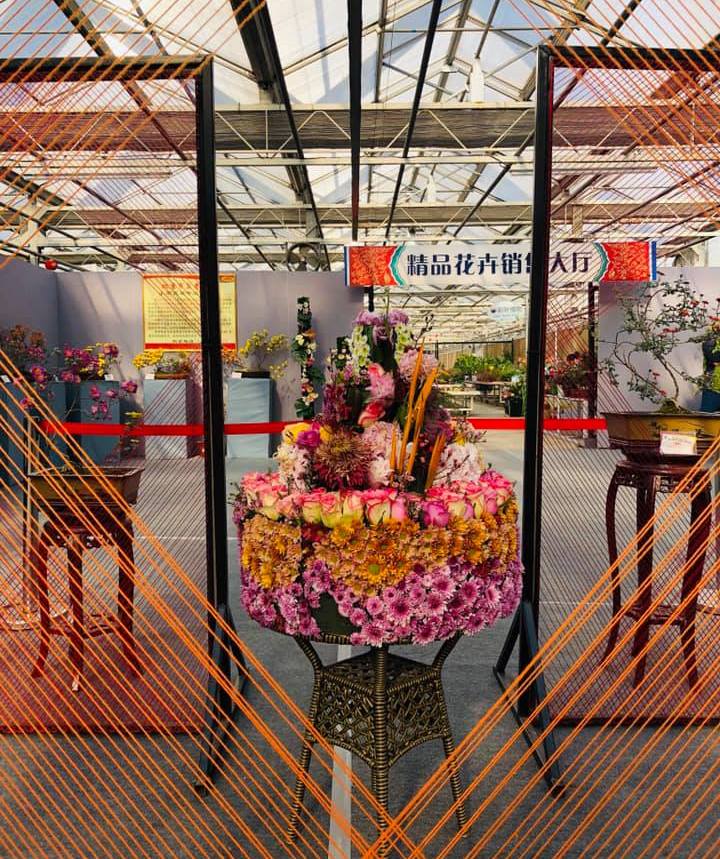 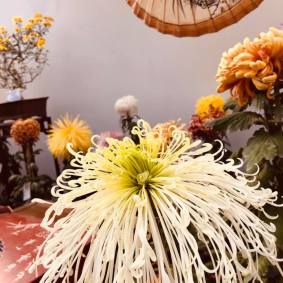 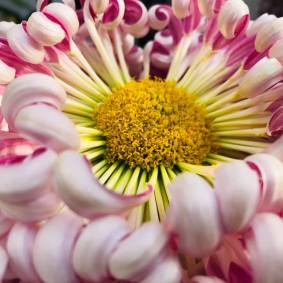 Exhibits are held in major parks and botanical gardens. Stop by Beijing World Flowers Garden 北京花卉大观园 for the best of all viewings.

Foodwise, end of October/early November is the time to savor the famous Chinese Mitten Crab 阳澄湖大闸蟹

Often prized for its female roes, it is considered a delicacy in Shanghai and eastern China. 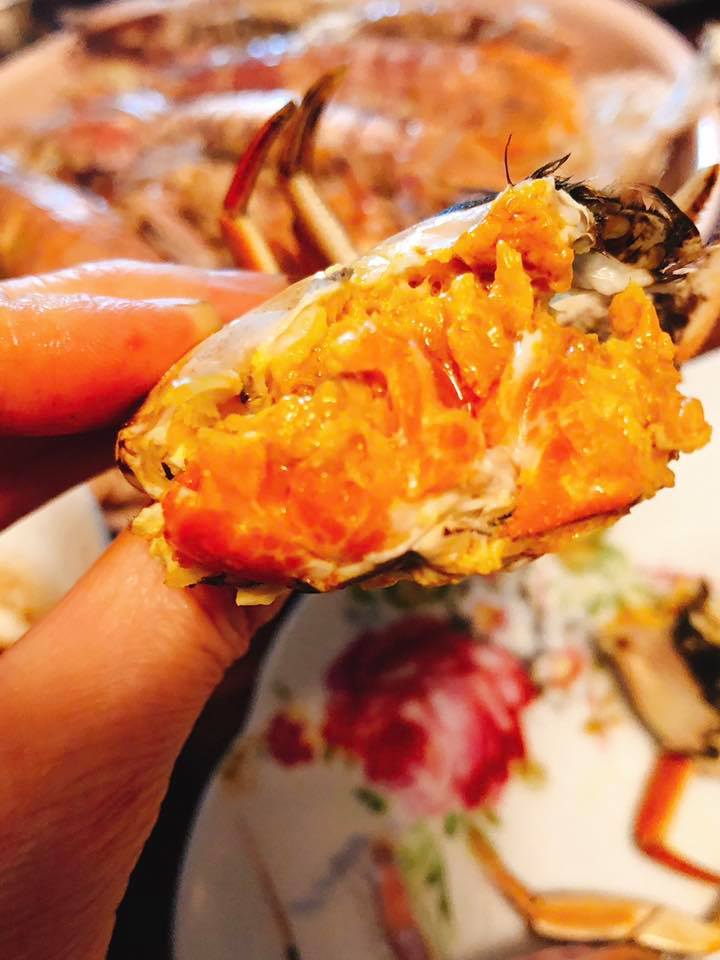 Lamb dishes are popular this time of the year. They are said to improve blood circulation, strengthening the body for the winter months to come. In Beijing, lambs are usually prepared hotpot style. My favorite is the Lamb Spine Hot Pot 羊蝎子 at Lao Cheng Yi Guo 老诚一锅.

November marks the beginning of the roasted chestnuts season. This is the time when chestnut stands pop up around the city. 秋栗香 is a local favorite – judging by its long lines.

For breakfast, my favorites are the traditional Beijing soybean pudding in savory brown sauce 豆腐脑 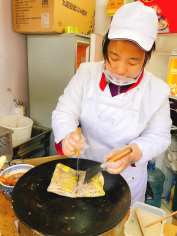 And my dad’s signature fried rice 🙂 .

My friends from the States joined me for the second half of the trip. This was the first time I got to show my hometown to others and I was super excited about that. In the week that followed, we went to the Summer Palace, the Great Wall of China, the Temple of Heaven, Beihai Park, the Forbidden City and savored food from all over China.

Beijing has changed since I was there almost a decade ago – the roads are wider and cleaner, more and more people speak English now and are more polite than before, recycling bins can be found around major sights… I was also happy to see ads in the subway telling people not to buy ivory – bringing awareness to the poaching and trafficking of elephants; As well as notes in restaurants reminding people not to over-order and throw away food.

I will be writing about Beijing in the upcoming posts and I hope that you will enjoy seeing Beijing through my eyes.

Coming up next in the Travel section: The Summer Palace, Beijing Part 1

39 thoughts on “Autumn in Beijing”