At the top, a panoramic view of the park and its surroundings await.

To the east sits a group of pavilions called Zhuanlunzang 转轮藏. Inside, there used to be turning shelves of Buddhist Sutras. The pavilions survived the Anglo-French troops’ fire in 1860, but the treasures were gone. The stone tablet carries the inscriptions by Emperor Qianlong, who wrote in the front “The Story of Longevity Hill and Kunming Lake” 万寿山昆明湖记, followed by an essay of the history of the Summer Palace and the water project in the back. 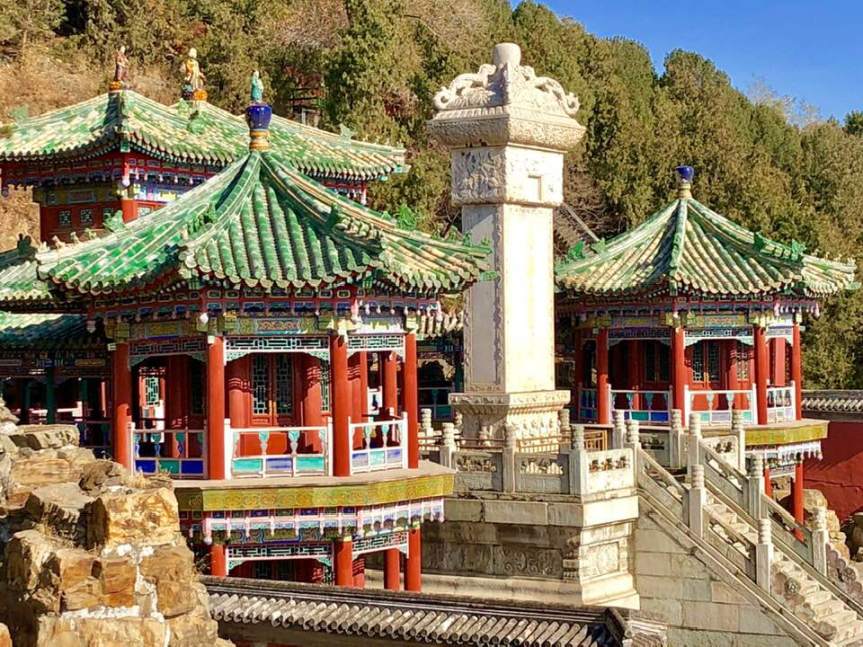 The Tower of Buddhist Incense 佛香阁 is the place where the emperors and the empresses visit to offer incense and pray. The 41-metre pagoda was originally designed to be nine stories high. The building collapsed just after the eighth story was built. Emperor Qianlong took this as a sign and settled for three. 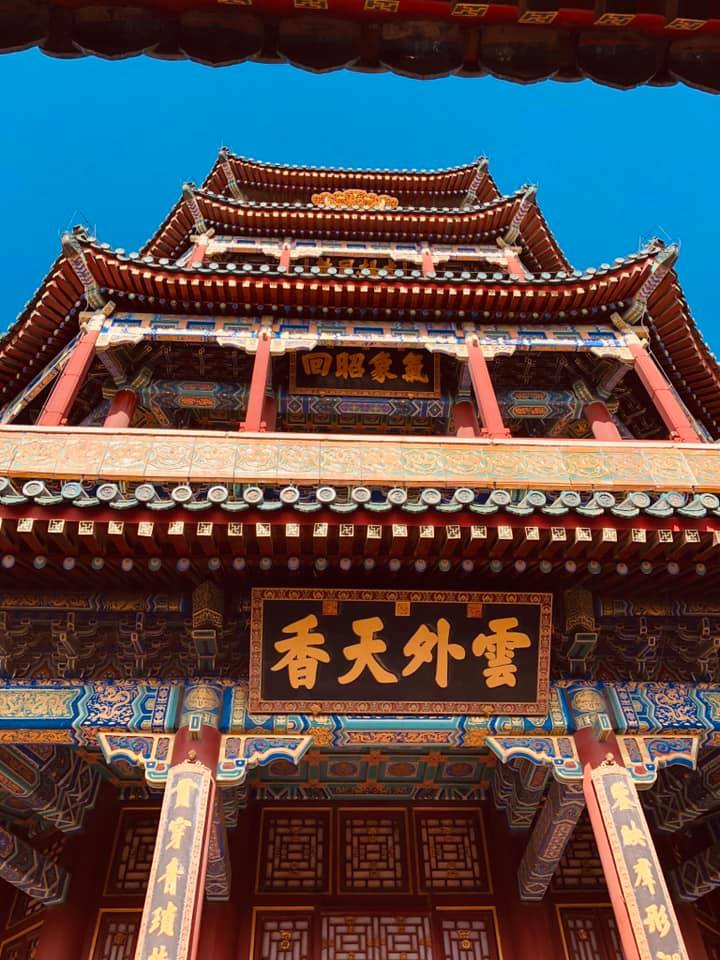 The tower hosts a five-metre tall bronze Bodhisattva 千手观音, with four heads stack on top of one another and three faces on each head. The original statues were looted by the Anglo-French troops. Empress Dowager Cixi replaced them with clay ones which were torn down during the Cultural Revolution and thrown into the Kunming Lake.

The current statue was made in 1574 of the Ming Dynasty – two centuries prior to the construction of the Summer Palace. It was found in between walls of a small temple west of the Drum Tower and relocated to the Tower of Buddhist Incense in 1989.

But the Bodhisattva statue is not complete without a crowning Amitabha 化佛 at its top.

A park employee remembered seeing a bronze Amitabha in the warehouse. Fished out of the Kunming Lake during a muck reduction project, the statue fits seamlessly to the five-ton Bodhisattva.

Behind the Tower of Buddhist Incense is the Sea of Wisdoms 智慧海. Also named No-Pillar Hall 无梁殿, due to the fact that there was not a single pillar used to support the weight of the building.

The Sea of Wisdoms is known for the one-thousand-and-eight glazed Buddha statues inlaid on its exterior wall.

In the southeast, southwest, northeast, and northwest of the main pavilion 香岩宗印之阁, four red, white, black, and green Lama pagodas stand representing the Buddhist scriptures. Some say that they constitute the four elements of earth, water, fire and wind. Others say that they symbolize the Four Heavenly Kings 四大天王. In the center of the Four Great Regions and Eight Small Regions there are two uneven temples – one represents the sun, the other the moon, symbolizing the sun and moon surrounding the Buddha. 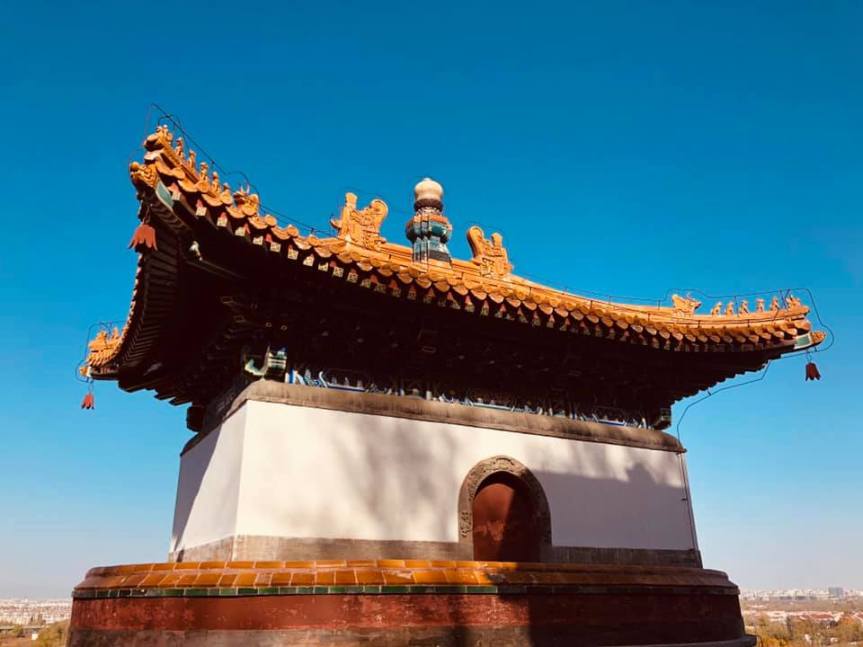 We stopped here for a quick lunch before proceeding with the rest of sights in the Summer Palace.