Winter has finally arrived in Seattle. On Thursday, we had our first snow of the season.

I suddenly remembered that I still have some sake kasu (sake lees) from our sake brewery visits earlier this year. If you happen to be in Japan late January – February in a sake brewing region, don’t miss the opportunity to participate in a brewery tour. It is really fun as well as educational. We even happened upon a once-a-year brewery gathering and tasting event that day.  I am by no means a drinker, but I had a BLAST! END_OF_DOCUMENT_TOKEN_TO_BE_REPLACED

After spending a bitter-cold and somewhat uncomfortable night in our farmhouse, we woke up to a pleasant surprise!

Looking out the window 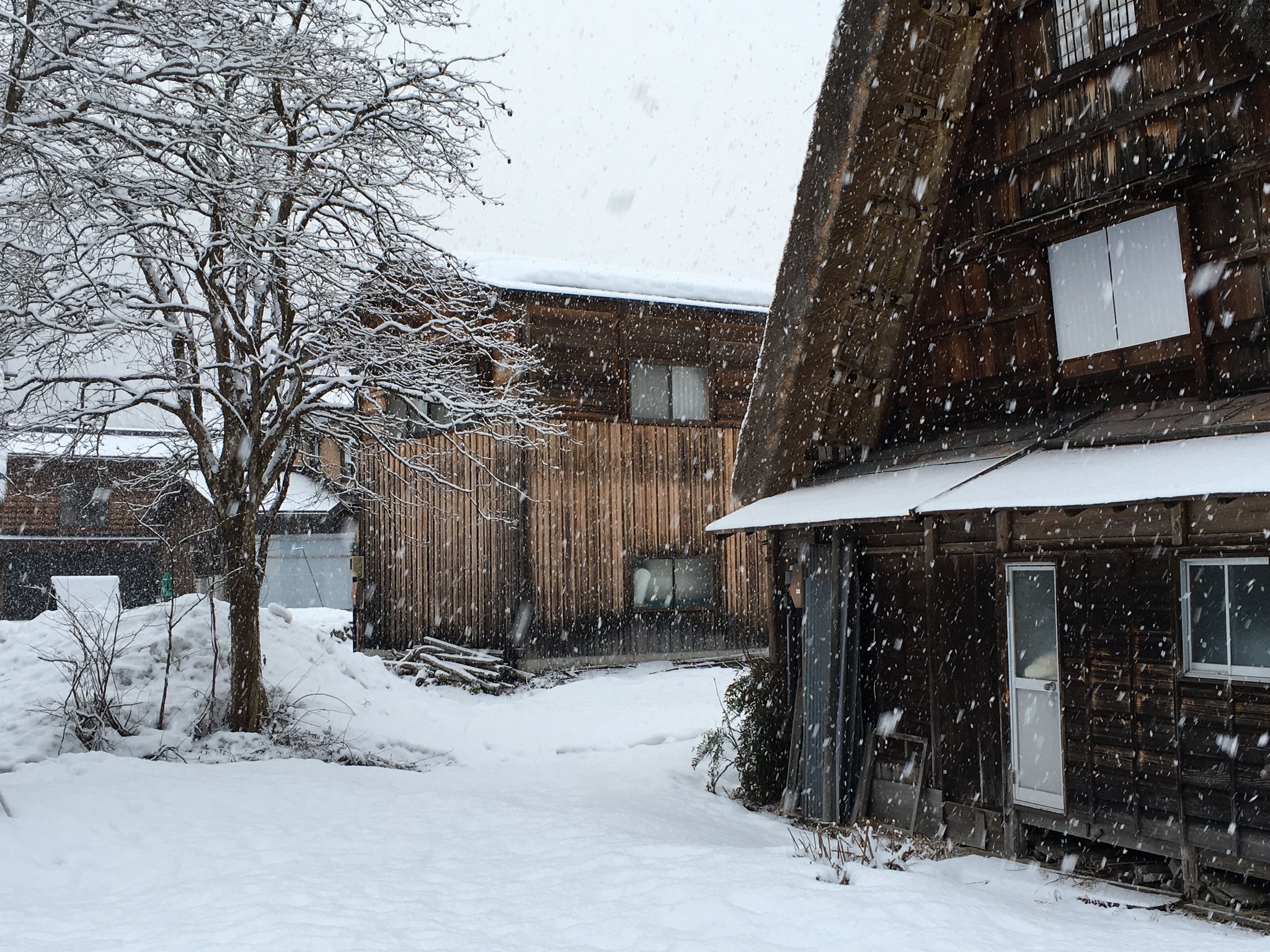 The snow was coming down like down feathers… END_OF_DOCUMENT_TOKEN_TO_BE_REPLACED

Next to the float museum, Sakurayama Hachiman-gū (桜山八幡宮), dates back to the fourth century.

END_OF_DOCUMENT_TOKEN_TO_BE_REPLACED

After a restful sleep and a bountiful breakfast at our lovely ryokan, we set out for the morning market.

Kokubun-ji is the oldest temple in Takayama. It was originally built in 746 by Emperor Shomu as one of several provincial temples dedicated to the peace of the nation. The original temple was burnt down. The oldest surviving building in the temple is the wooden Main Hall, dates from the 16th century.

END_OF_DOCUMENT_TOKEN_TO_BE_REPLACED

Koto no Yume 古都の夢 is a Japanese style inn in Takayama. Conveniently located in a quiet neighborhood, five minutes from the train station by walk.

Upon arrival, we were guided into the main living area and was served a cup of tea accompanied by Japanese sweets. END_OF_DOCUMENT_TOKEN_TO_BE_REPLACED