There is absolutely no shade on this trail. But the view is worth the ordeal! 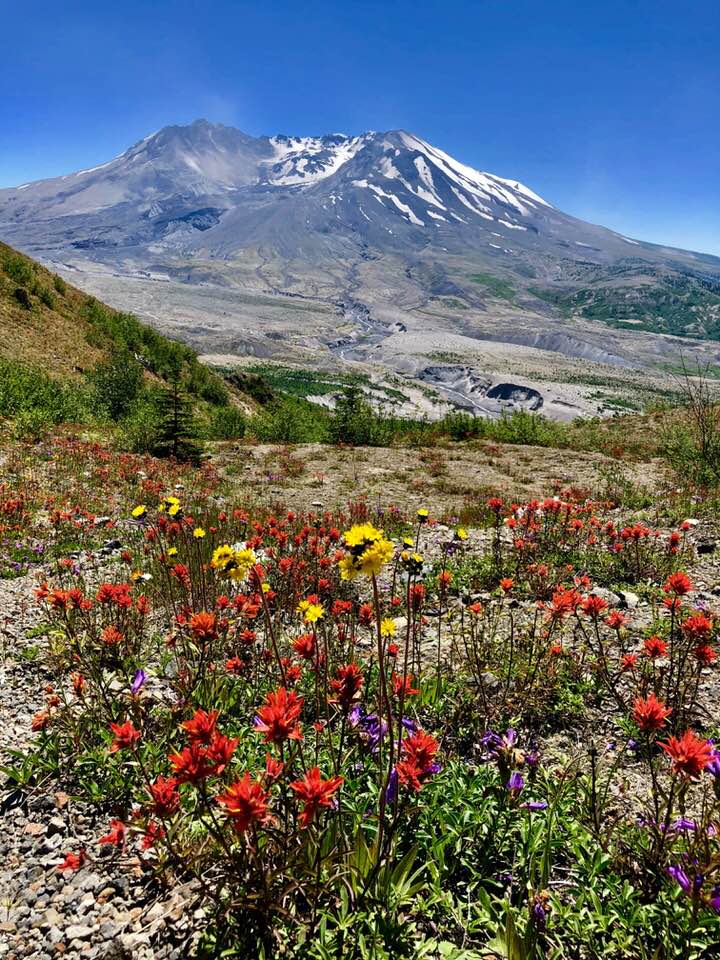 We arrived at the Johnston Ridge Observatory as the clock ticked one and dutifully bought the wristbands.

The observatory and its viewing platforms were flooded with tourists on this beautiful Sunday.

There’s only one way to get on the trails, and it did not say Harry’s Ridge.

We had our doubts but kept on walking…

fixing our eyes on the big volcano to our right for any signs of smoking.

After a while, small pockets of greeneries appeared in the otherwise arid volcanic landscape.

Together with blankets of wildflowers

They painted the landscape a multi-colored canvas

against the backdrop of the snow-dusted crater. 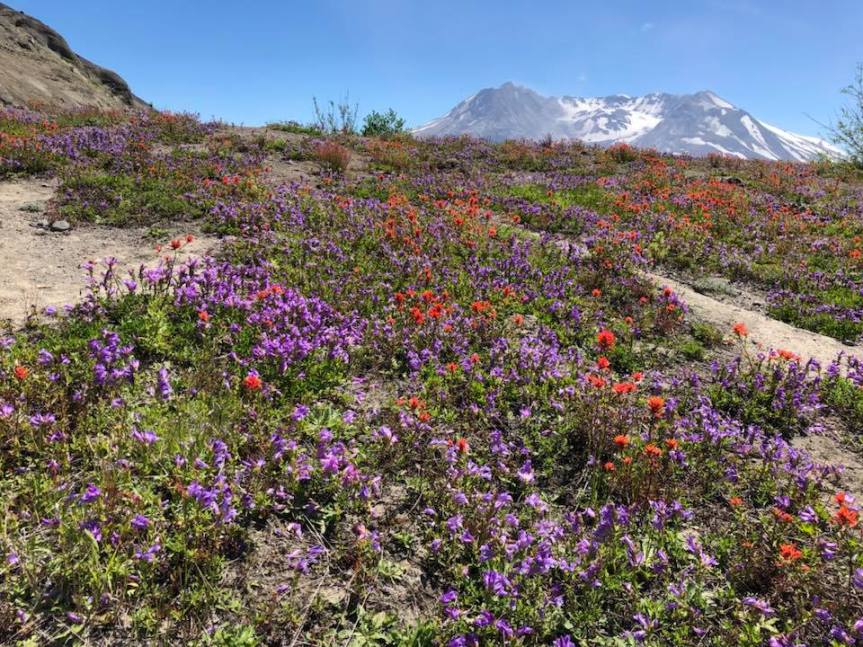 They were mostly Indian Paintbrush 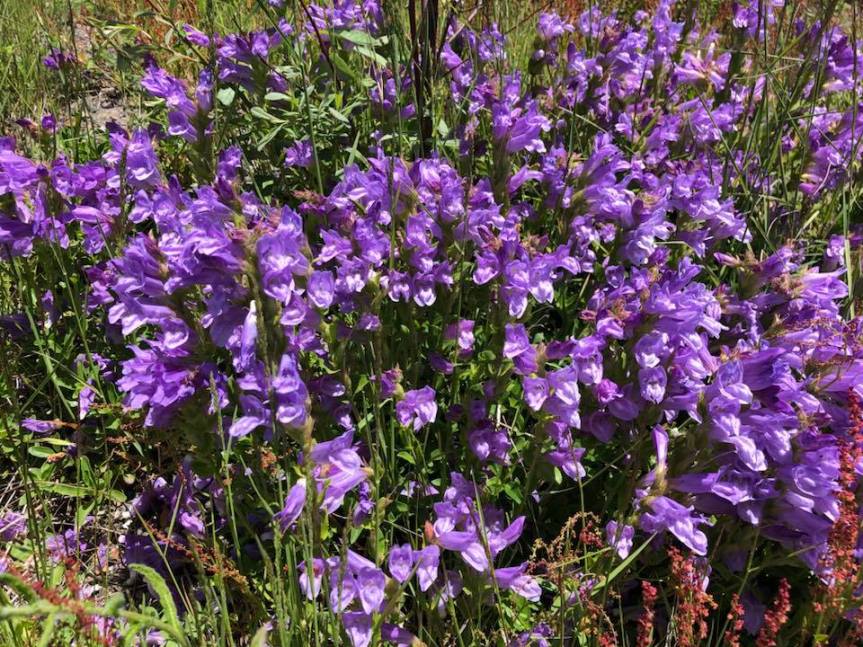 We even caught a glimpse of a lake far out in the distance. 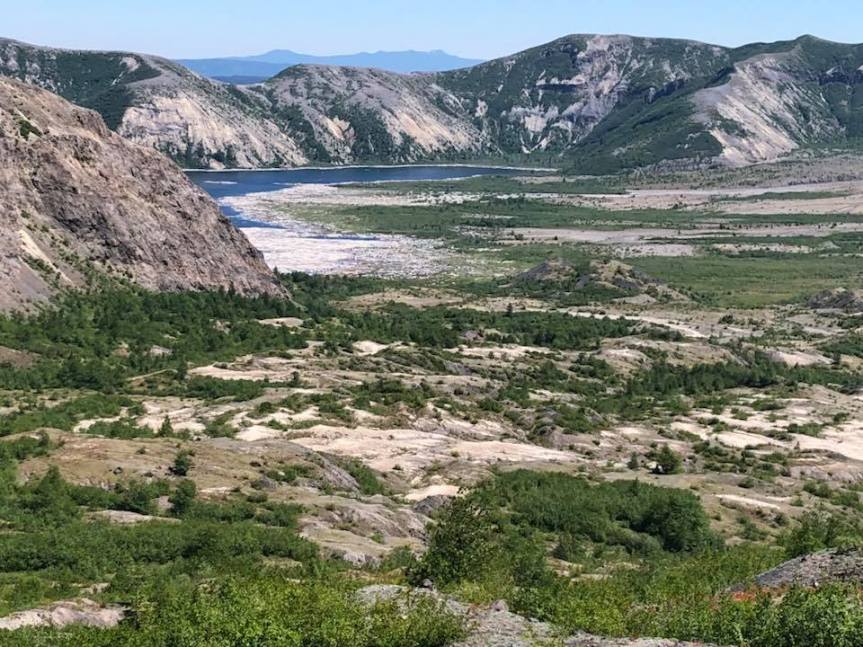 Soon the trail veers to the left, bypassing the steep and nerve-wracking Devils Elbow traverse. 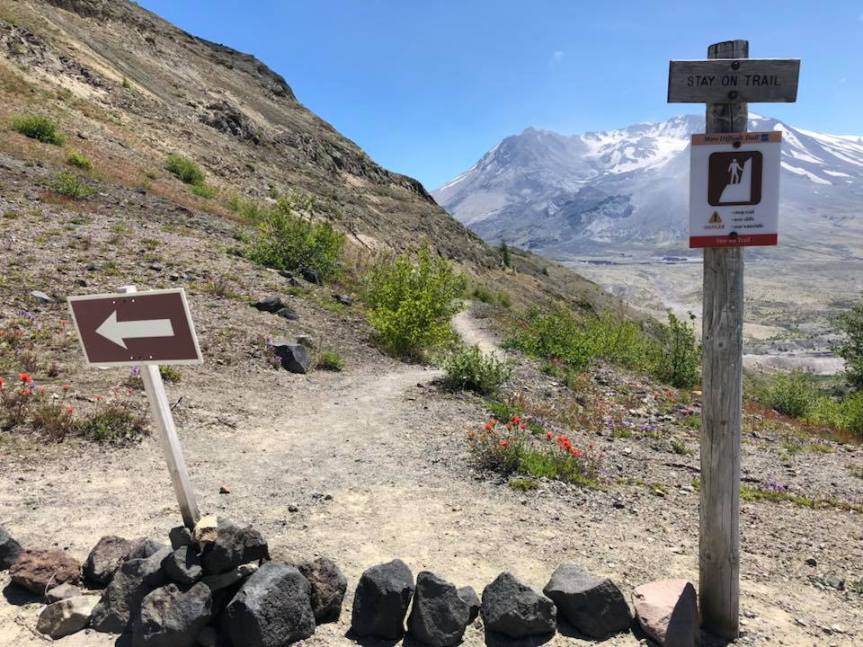 Finally we saw a sign for Harry’s Ridge for the first time!

Thereon, the trail leads downhill then up overlooking a “green” valley 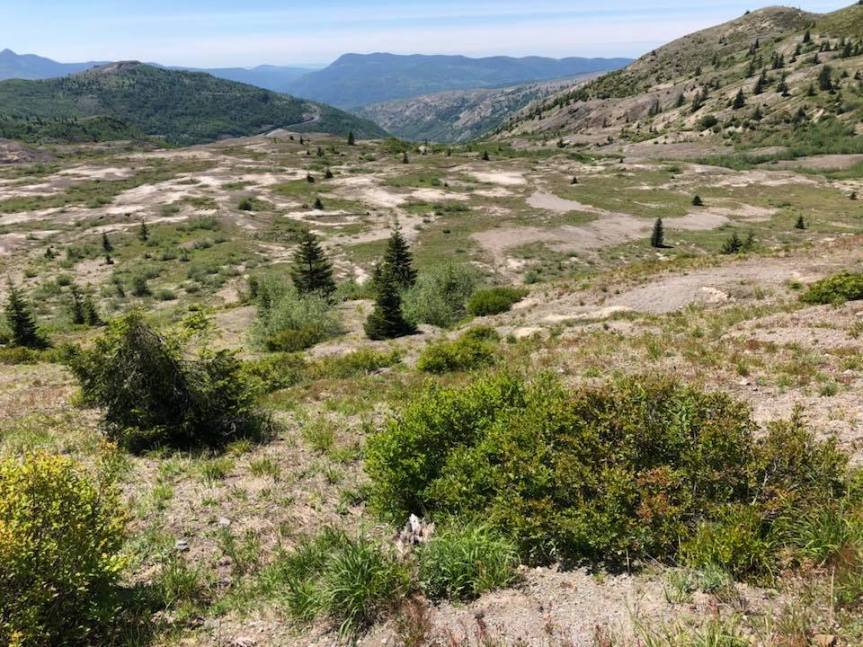 before reaching a junction – Harry’s Viewpoint is on the right, but not without a 20% degree climb. 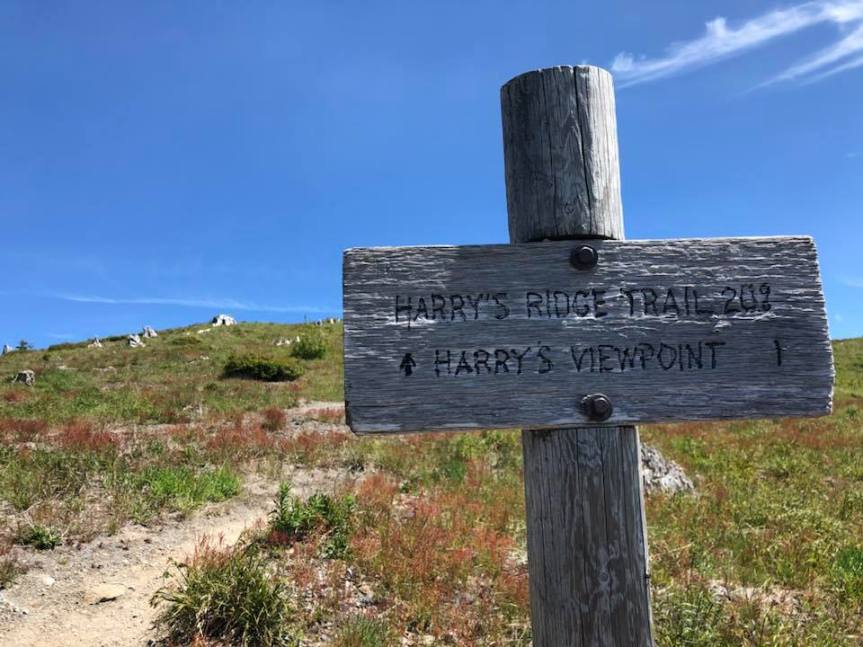 Surely it was hard work, but this view, of Spirit Lake and Mt. Adams, took our breath away.

before proceeding to the top of Harry’s ridge

where both the peak of Mt. Adams and what’s left of Mount St. Helens can be seen simultaneously

Spotting a herd of elks lounging near the Troutle River with the help of the binoculars of a fellow hiker.

All in all, it took us 4.5 hours – with lunch and a lot of photo stops – for the 8.2 mile hike that was relatively flat. 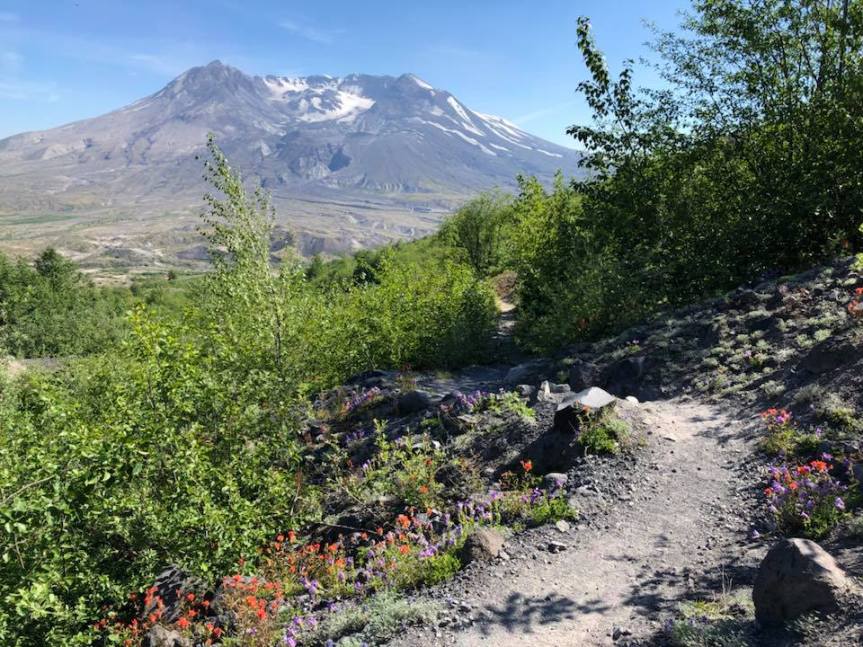 The only challenge came from the sweltering afternoon heat, made worse when an earlier breeze faded away.

We returned to the Johnston Ridge Observatory just in time to catch the last movie of the day documenting the 1980 eruption and its devastating impact. When the curtain lifted up, this view revealed.

Harry’s Ridge trail is a feast both for the eyes and for the mind, as long as you wear sufficient sunscreen and bring plenty of water.