At night fall, the festival begins.

According to the program, there are 78 performances, displays and light shows around the city of Lyon. It is daunting, if not impossible, to see all in one night. So we decided to focus on one area and see as much as possible in that area.

Since we were already in Vieux Lyon, we started the walk from there…

Then we moved across the Bonaparte bridge, following the opening theme of Lawrence of Arabia (see video recording below), to this grand symphony show on the banks of the Saône river.

At Place Bellecour, we encountered a spectacular light show projected on the Ferris wheel followed by an outburst of fireworks.

But our favorite show of the night is “Candles of the Heart” at Place des Célestines.

It is dedicated to the 60th anniversary of the Little Brothers of the Poor (Les Petits Frères des Pauvres), a non-profit organization committed to help the elderly people who suffer from loneliness, poverty, exclusion and serious diseases.

Welcome to a jungle invaded by strange delicate vines! White and brittle in winter, they become invasive and clinging in the rainy season; when summer comes, they offer the warm caress of wild grass. 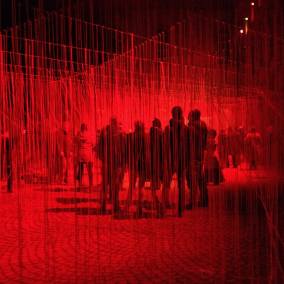 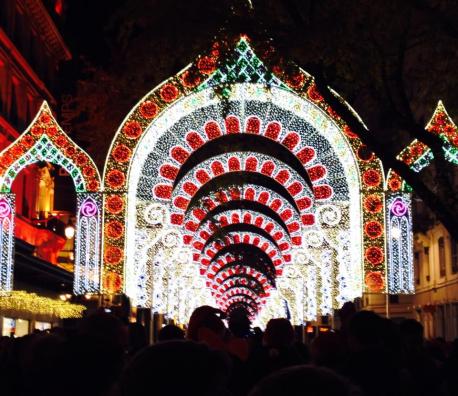 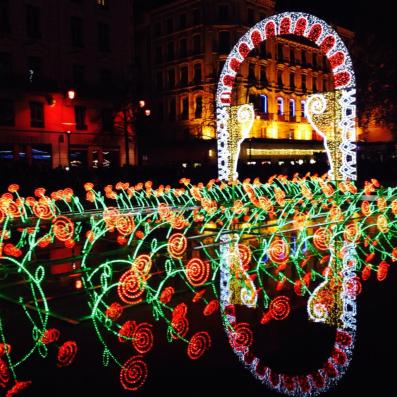 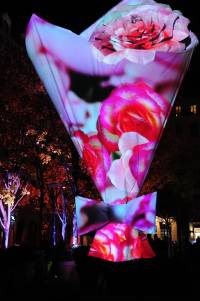 As it was getting late and the temperature dropped below zero, we decided to call it a night. We found Lyon to be a beautiful and manageable city and we hope to see more of it tomorrow.

Merry Christmas EVERYONE!!! Wishing you ALL a HAPPY holiday!!!