Koto no Yume 古都の夢 is a Japanese style inn in Takayama. Conveniently located in a quiet neighborhood, five minutes from the train station by walk.

Upon arrival, we were guided into the main living area and was served a cup of tea accompanied by Japanese sweets.

We were then asked to pick a yukata – a type of casual kimono: 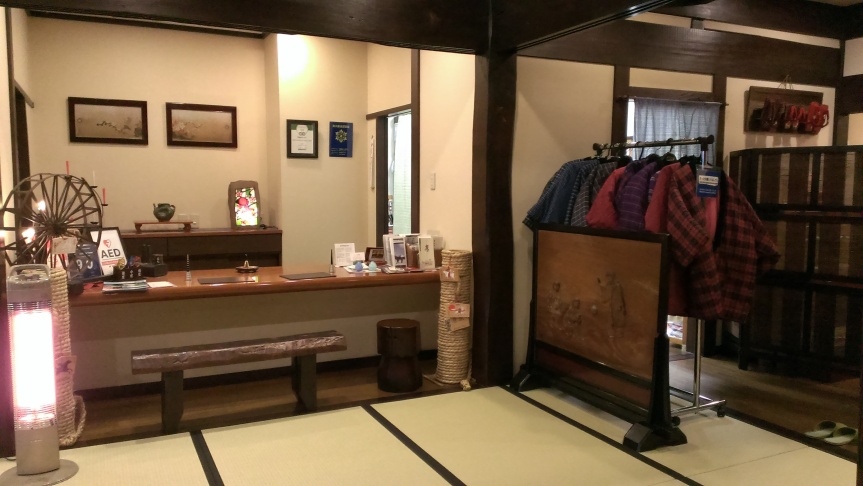 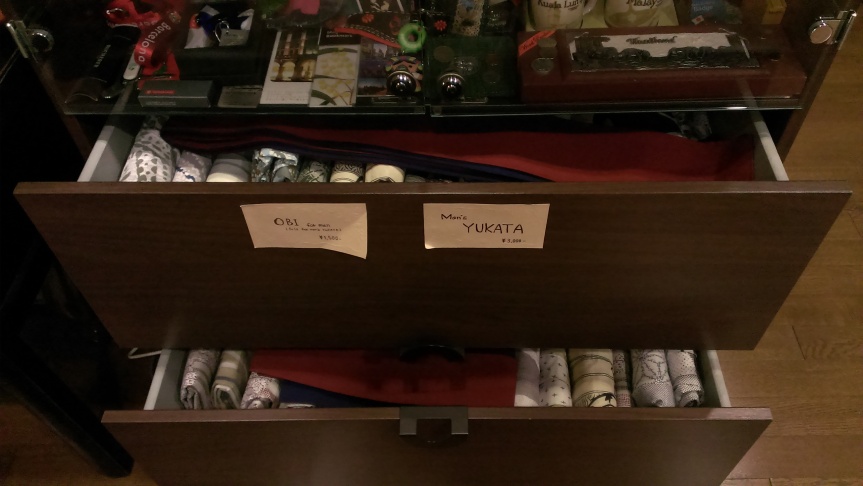 Although yukata is the preferred attire in the ryokan, it is not required. And if you don’t know how to put it on, help is just a phone call away.

Upstairs, our room is beautifully furnished 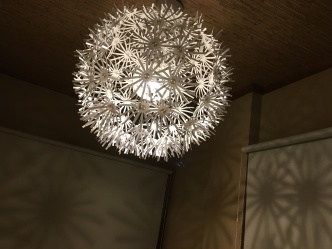 For dinner, we ordered Hida Beef BBQ, which consisted of many small dishes, sashimi, miso soup and a dessert buffet: 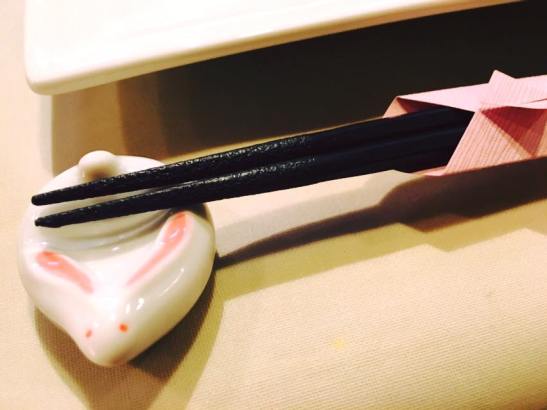 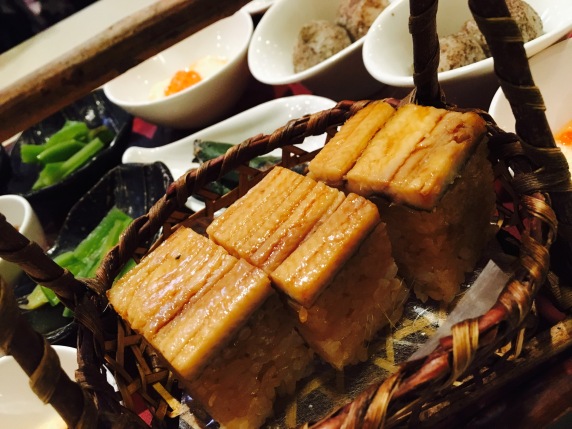 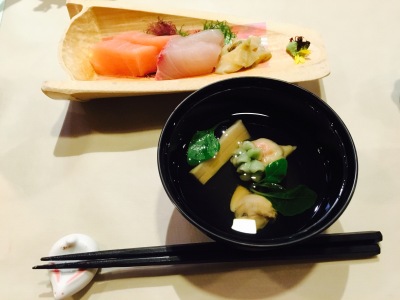 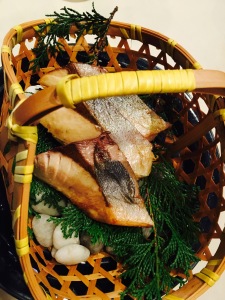 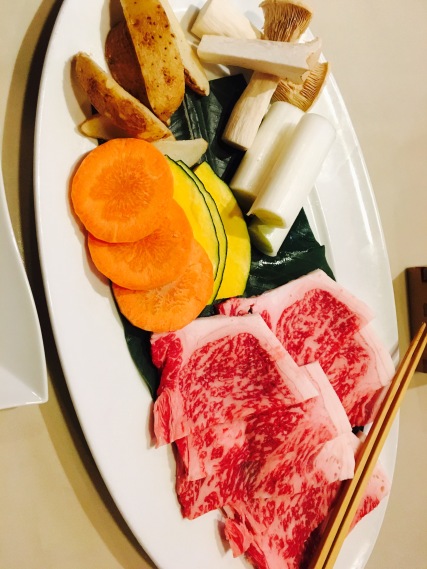 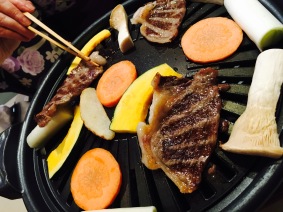 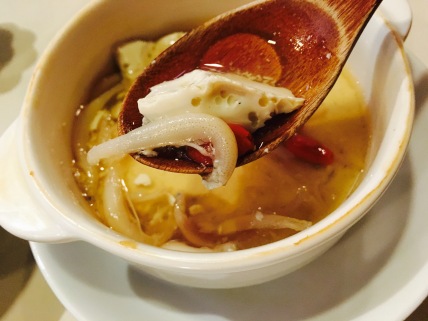 There is an irori – traditional Japanese sunken hearth, in the center of the main living area, where family and friends could gather. 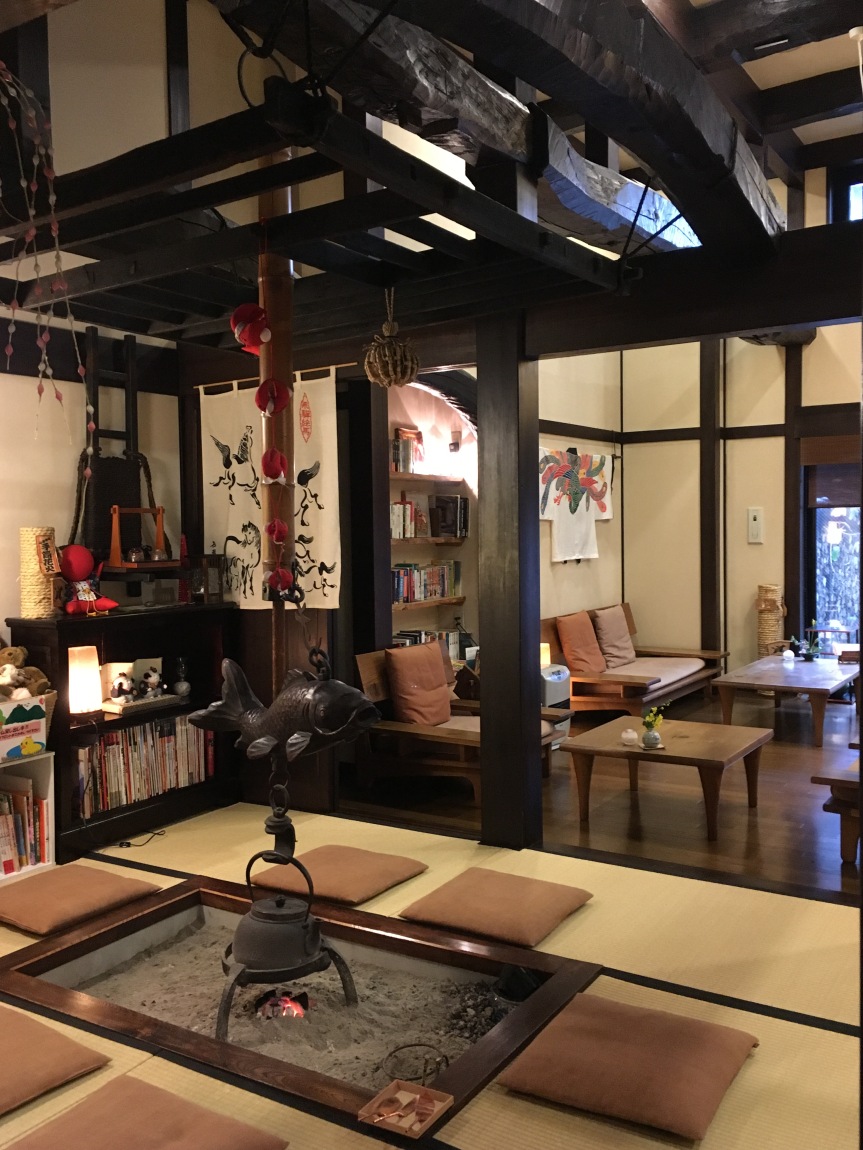 Complimentary aromatic oils (with diffusers) were offered. And a beverage station with herbal tea blends. 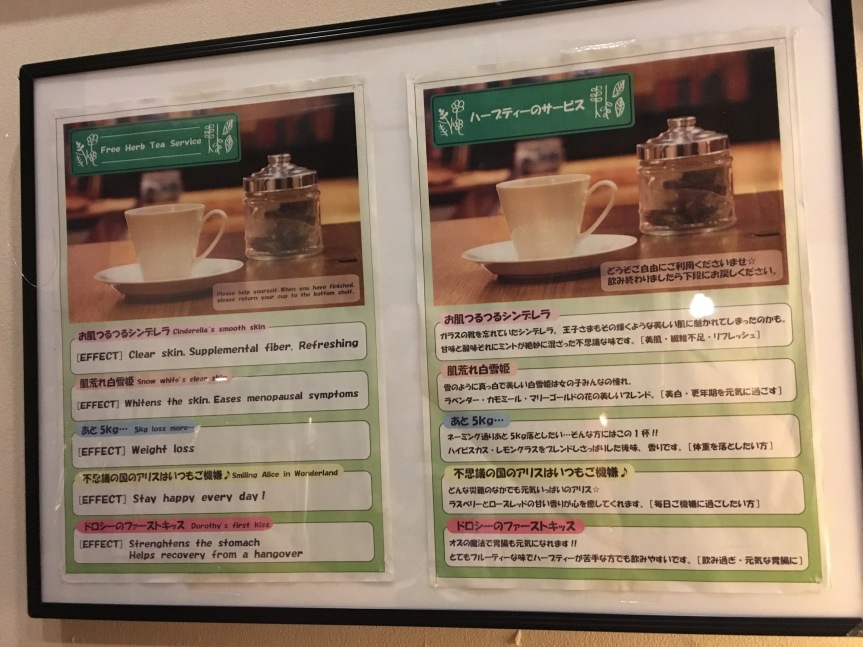 Beds were made while we were at the dinning hall

An Origami crane on the pillow

The ryokan was equipped with an indoor and outdoor onsen, with toiletries from Shiseido 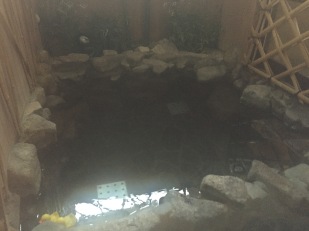 The hallway was decorated with ornaments meticulously crafted by local artisans 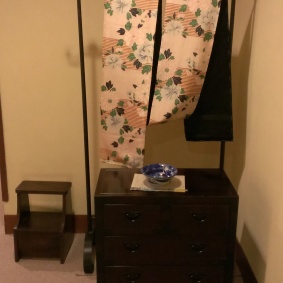 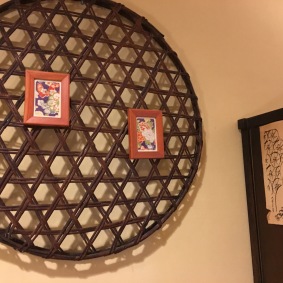 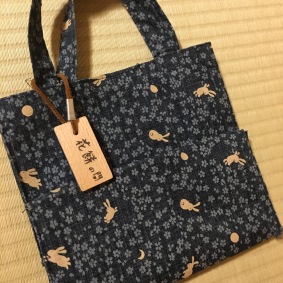 Two types of breakfasts were served in the morning: Japanese and Western. We opted for the Japanese breakfast, which almost always contains hoba miso and hida beef roasted on a piece of dried magnolia leaf – a local specialty; grilled fish, green salad, and on separate days, either tofu or chawanmushi: 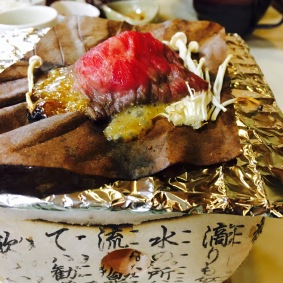 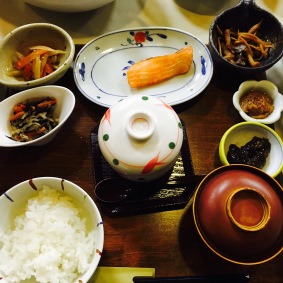 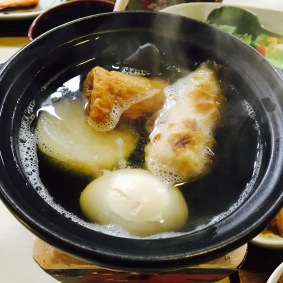 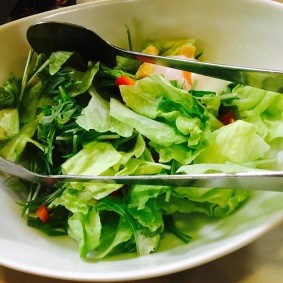 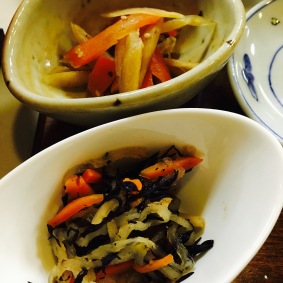 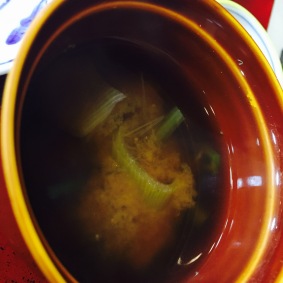 It was a meal fit for a king!

Koto no Yume is the epitome of Japanese style, hospitality and attention to detail. Staying there was one of our most memorable experiences in Japan. I highly recommend this place!

4 thoughts on “Japanese Ryokan in Takayama”